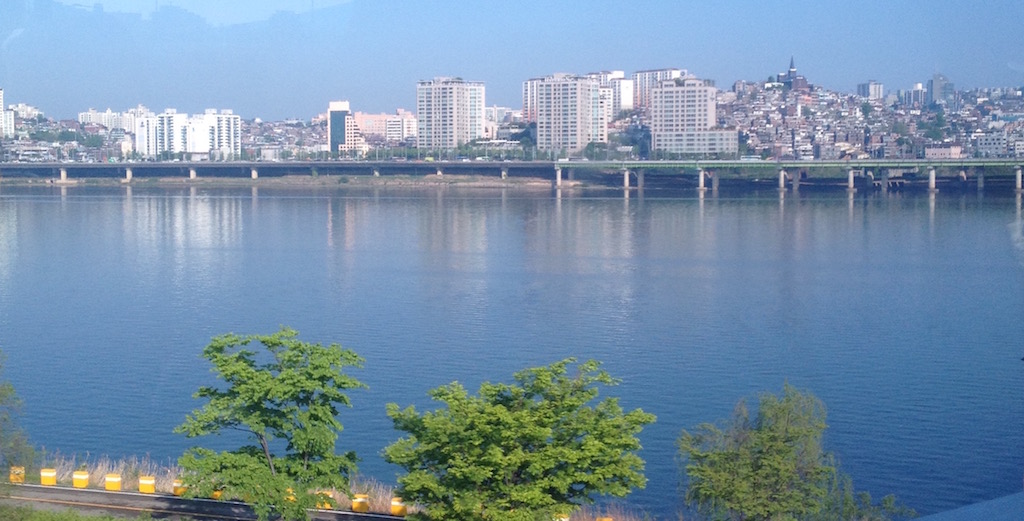 Seoul is crowded but not chaotic like other Asian cities. This city with over 10 million people is a perfect getaway for those looking for culinary adventures, shopping for trendsetting and fashionable clothing and accessories, exploring myriad beauty and makeup products, joining Korean drama tours and experiencing cultural immersion.

I took a direct flight from New York JFK to Incheon Airport (SEL) in Korea. It was a Korean Air flight which I booked through Delta to get Delta Skymiles. Korean Air is a Delta partner and these flights from JFK to SEL are marketed and ticketed by Delta. The round trip ticket was $1,495.

Flights would have been about $400 cheaper if I had been willing to take a connecting flight in Detroit. A direct flight is easier and the long-haul Airbus 380-800 is comfortable even on economy class. I like Korean Air's meals and amenity sets. The over 14 hour flight is quite bearable and I got to watch at least four movies each way. 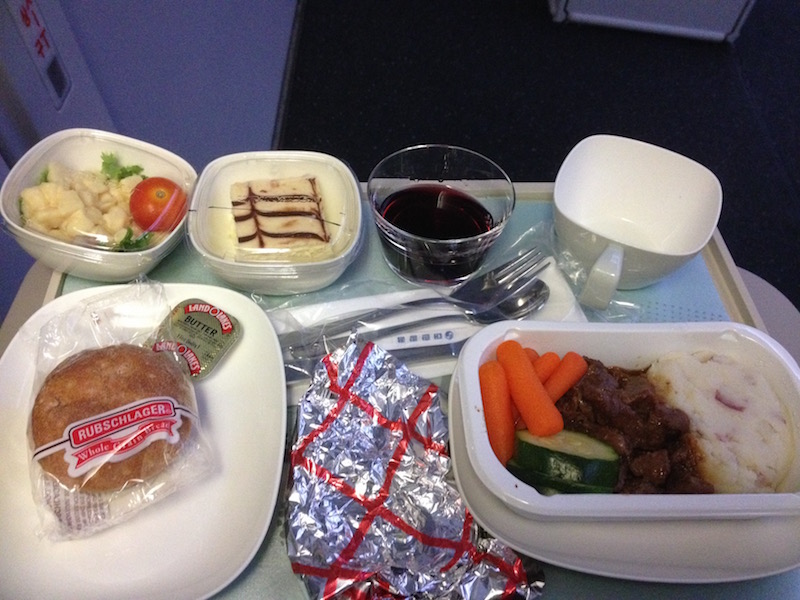 For flights, try Expedia or book directly with the airline of your choice.

Transportation from the airport 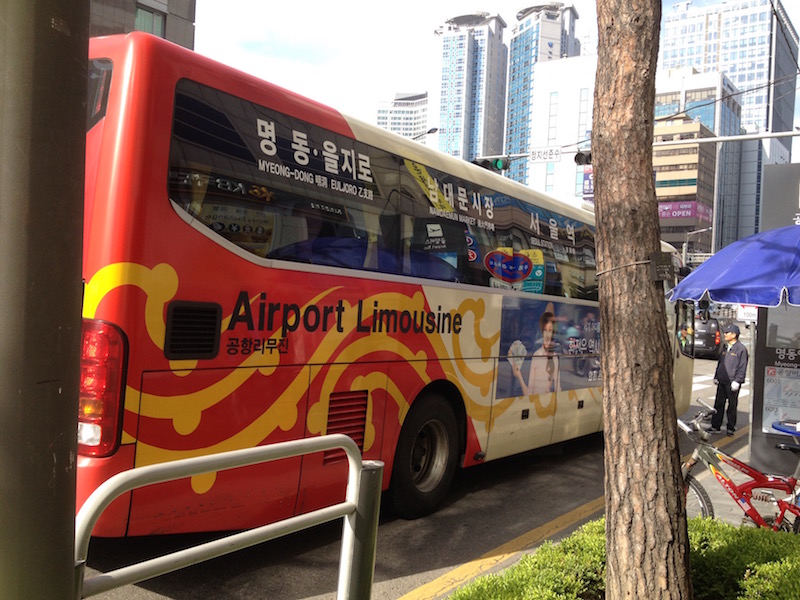 Airport limousine - bus to and from Incheon International Airport to Seoul

Airport buses are available to several parts of Seoul including Gangnam. It is the cheapest way to get from Incheon to downtown Seoul. Taxis are convenient but cost at least 10 times more than limousine buses and remember you need to pay the toll too. And because most taxi drivers do not speak English, you may run into problems.

Read From Incheon Airport to Seoul.

I stayed at Won's Ville Myeong-dong for four nights and at a Hanok for three nights.

Won's Ville Myeong-dong is a local-owned budget hotel located about a eight minute walk from Seoul subway line 4 Myeong-dong station. It is about a 5-minute walk from Myeong-dong shopping, street food carts, cafes and restaurants. It took us about 20 minutes to walk to the entrance of Namdaemun (next to Myeong-dong), another great shopping and food district in Seoul.

This basic hotel serves Korean breakfast daily at Cafe Factorea from 7 am to 9 am. The daily buffet breakfast at Won's Ville Myeong-dong deserves a five-star rating. The rooms were basic and small with triple pane windows, which meant we couldn't hear the traffic and street noises outside. 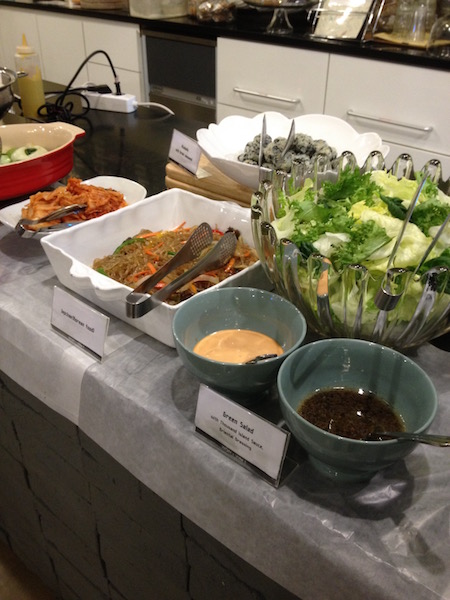 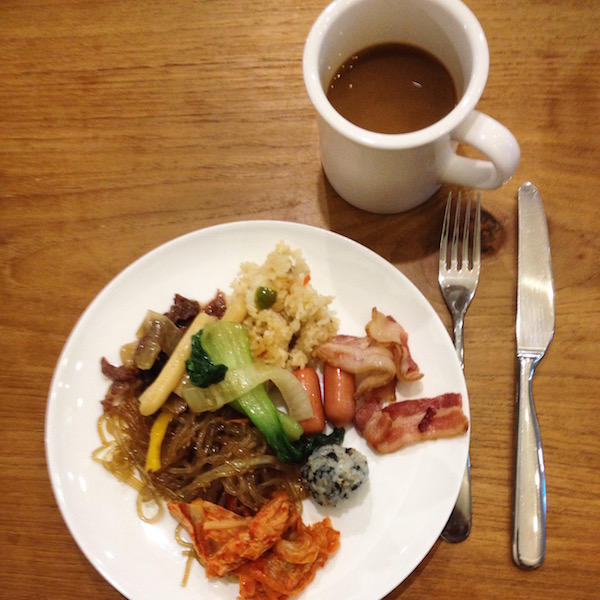 Breakfast at the Won's Ville Hotel

Won's Ville is one of the most affordable places to stay in Seoul. I like the location, breakfast, cleanliness, and courteous staff. The bathroom and room ventilation were two of the disadvantages of staying in Won's Ville. The only time the bathroom and toilet were dry was in the morning just when we woke up. There was no shower stall and the shower curtain was short and every time we took a shower, the entire bathroom and toilet got wet. Even with a pair of bathroom slippers, it was still uncomfortable to have a wet bathroom and toilet.

I would recommend Won's Ville Myeong-dong if you are looking for a clean basic hotel at a great location that is run by efficient staff and management. Find out more at Booking.com.

To read my review on my hanok stay, go to Hanok in Seoul: A Traditional Korean Home. 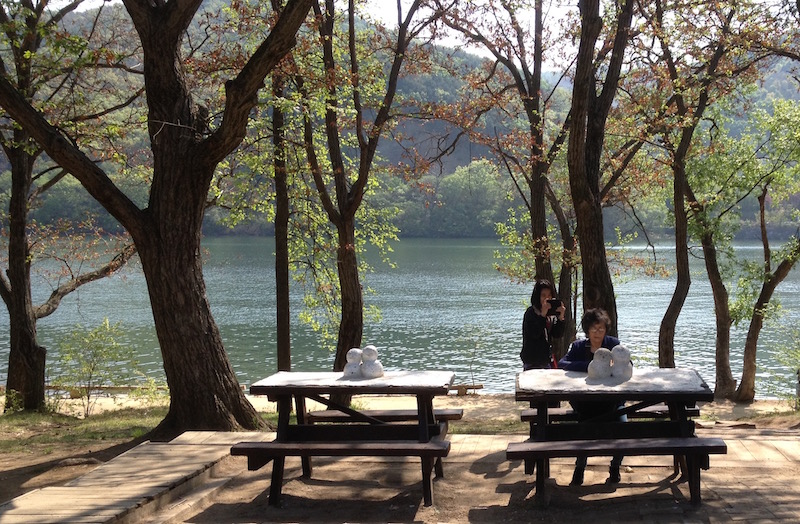 This tour is excellent for Korean drama fanatics. I've never watched an episode of Korean drama. However, I joined an escorted tour conducted in Chinese with a group of Korean drama fans to Nami Island, the site for the ever-popular Winter Sonata drama filmed in 2002. Nami Island is located in Chuncheon about 63 km from Seoul. The tiny island is accessible by ferry - only a 5-minute ride. 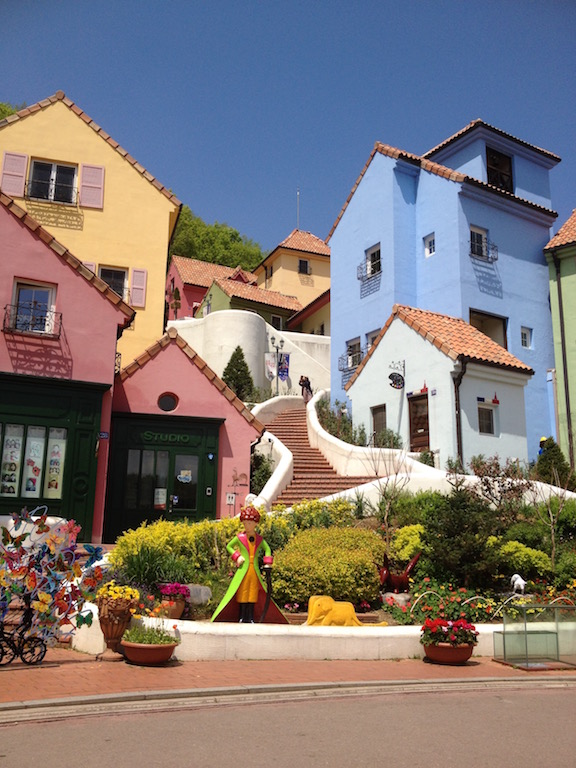 The tour continues with a stop at Petit France, another site built for Korean dramas like Secret Garden, Running Man, You Who Came from the Stars and more. 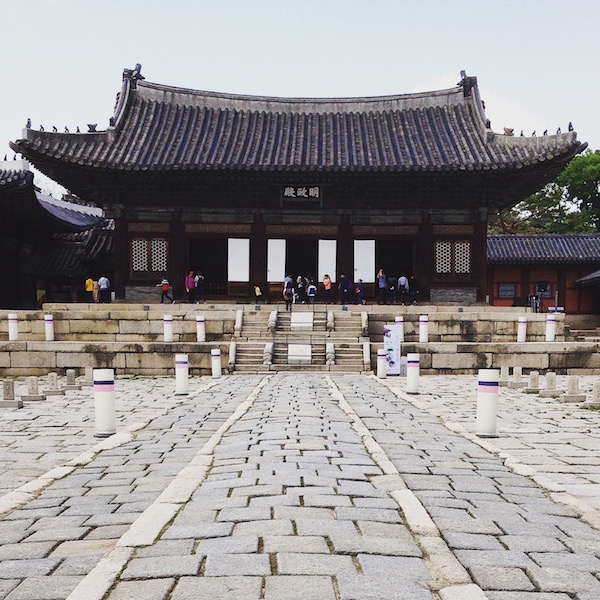 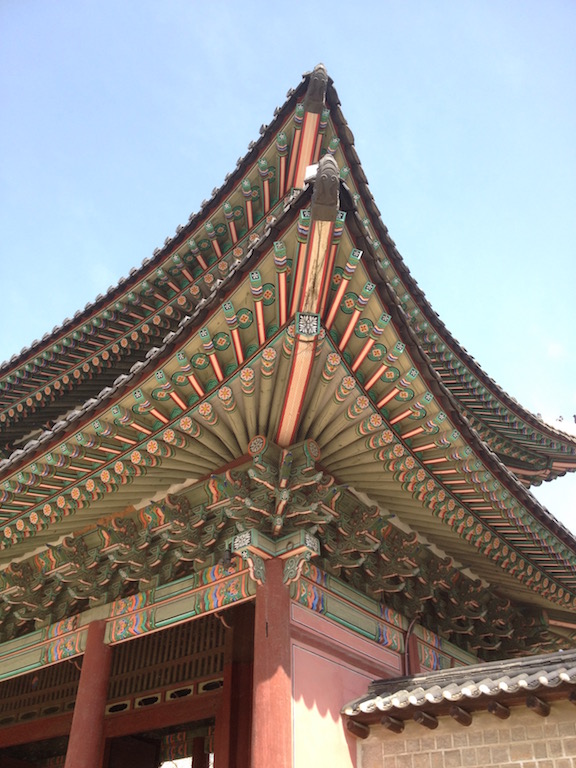 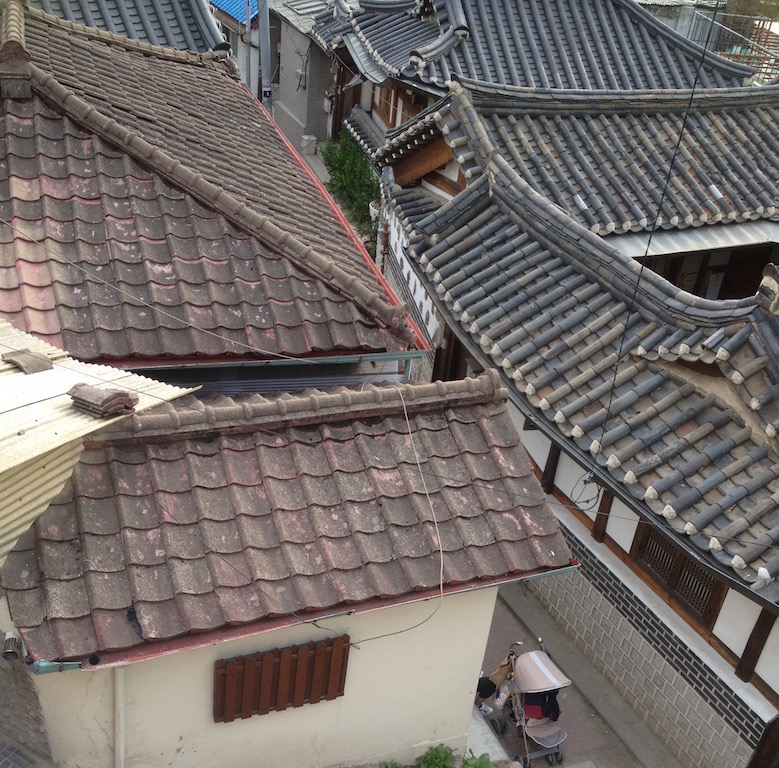 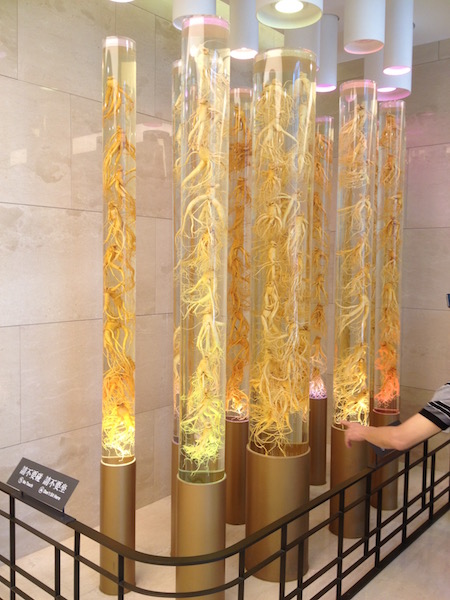 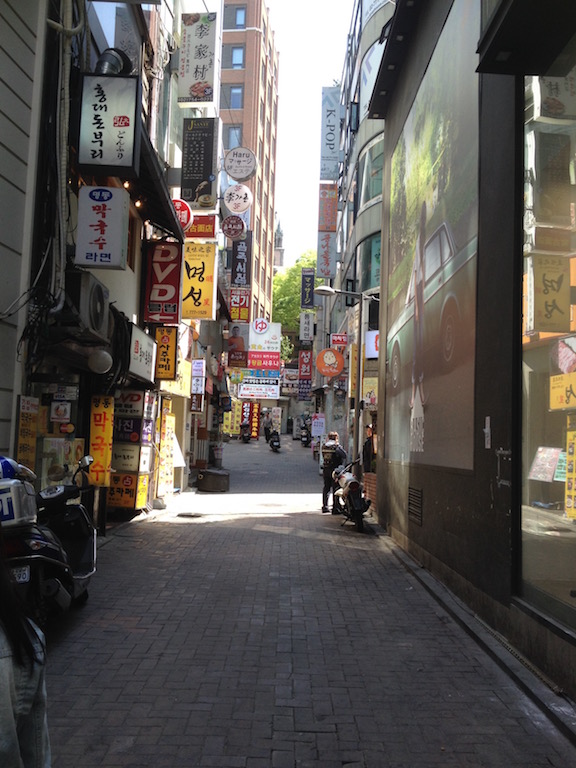 6. Check out unique buildings and people watch in Hongdae District 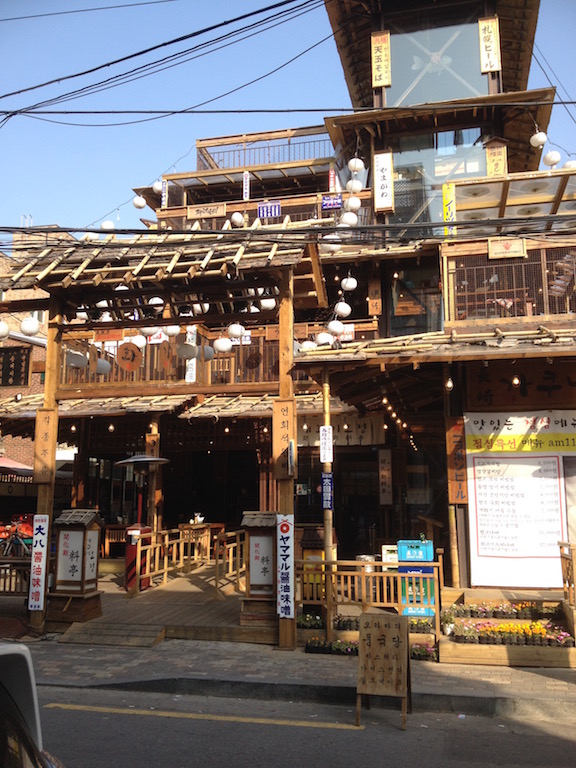 One of the many unique buildings in Hongdae 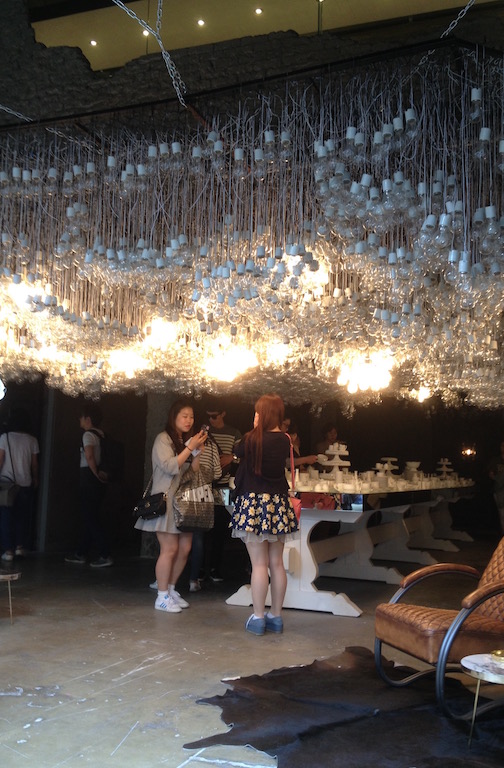 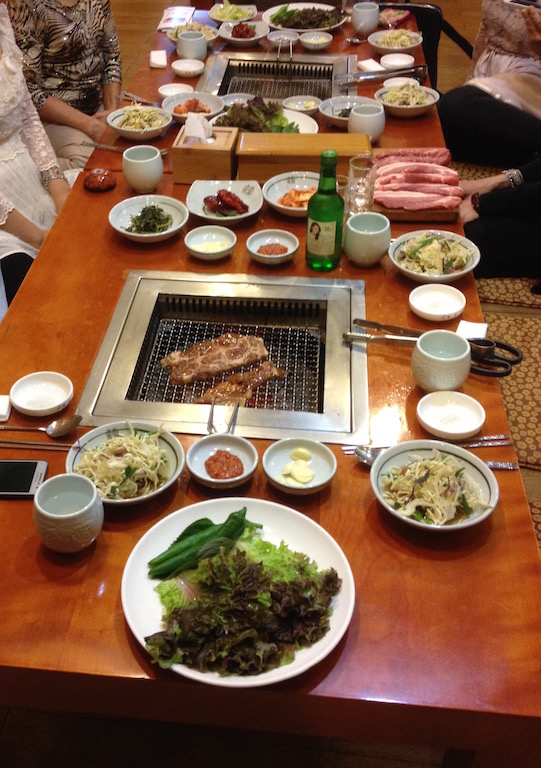 Sit on the floor with cushions and a low table

A celebration of flavors. Read 17 Ways to Learn Korean Food Culture in Seoul. 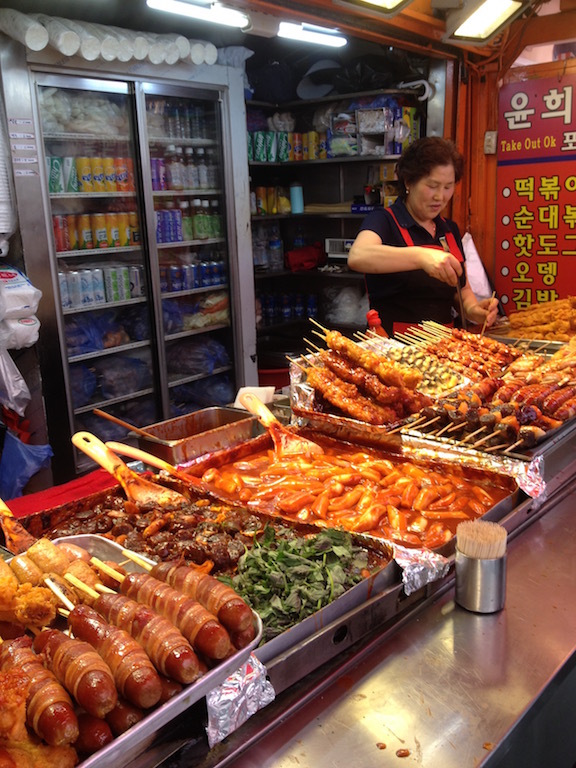 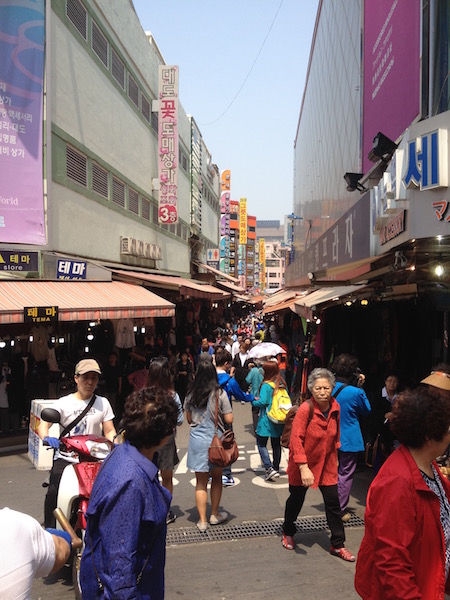 The crowd at Namdaemun Market

For a list and in-depth write up on the markets in Seoul, please read my eBook (available in January). 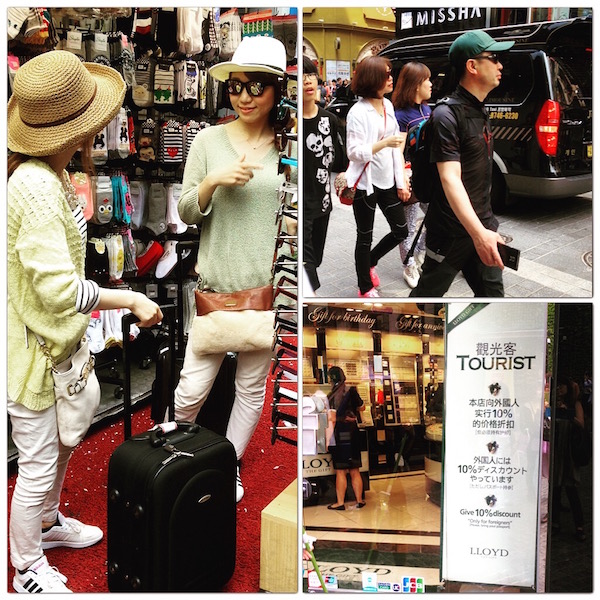 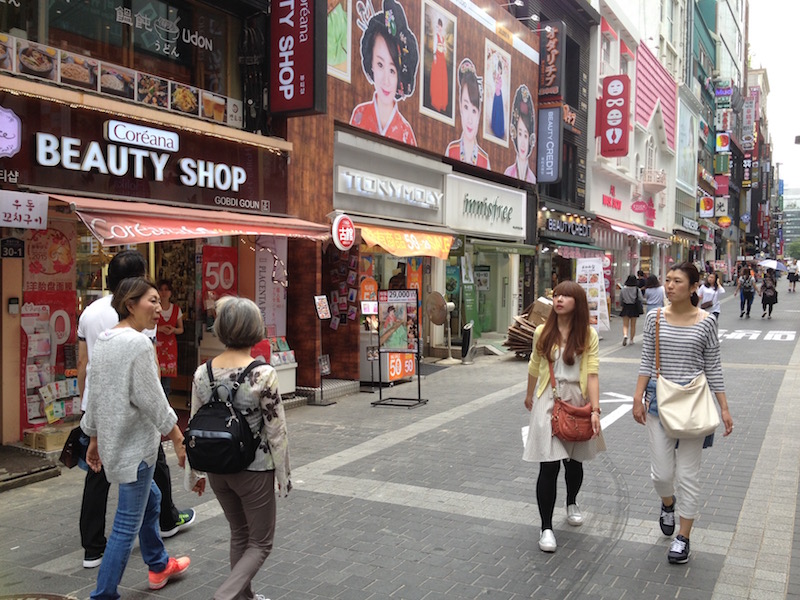 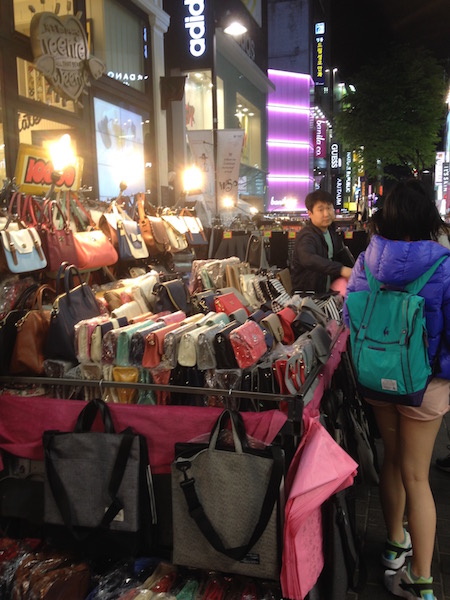 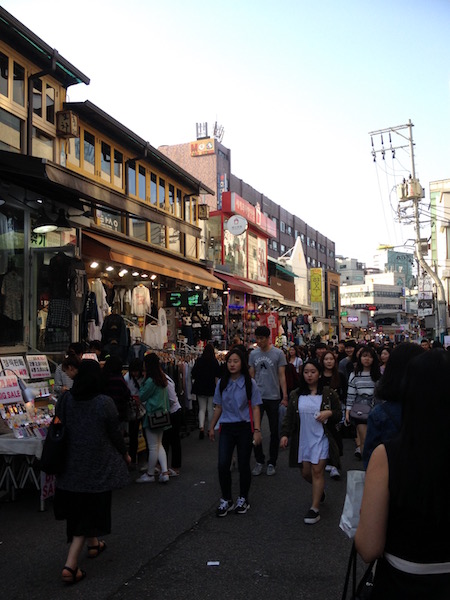 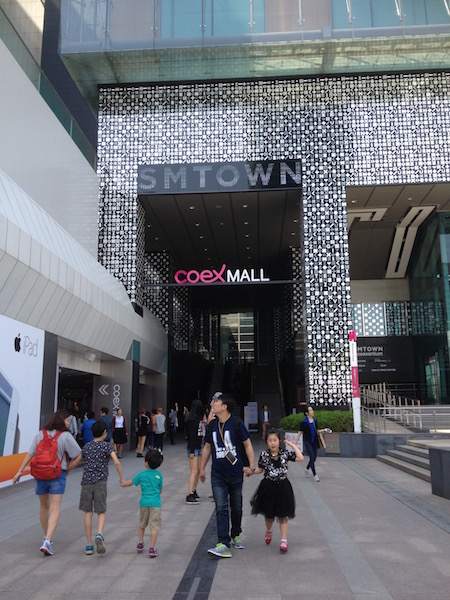 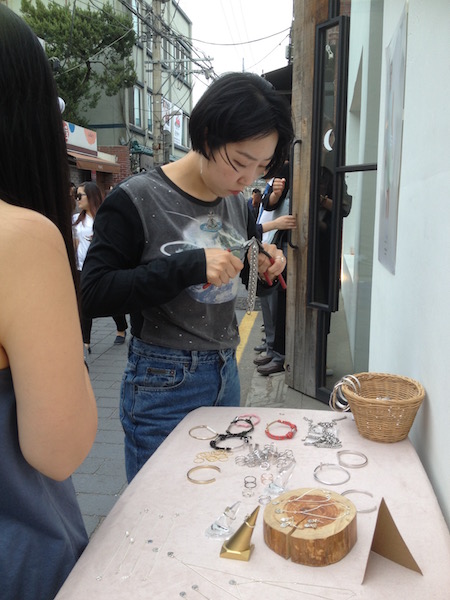 Have you been to Seoul, Korea? Check out my eBook on Traveling to Seoul end of January 2016 where I'll be sharing in detail on places to visit, stay and shop.