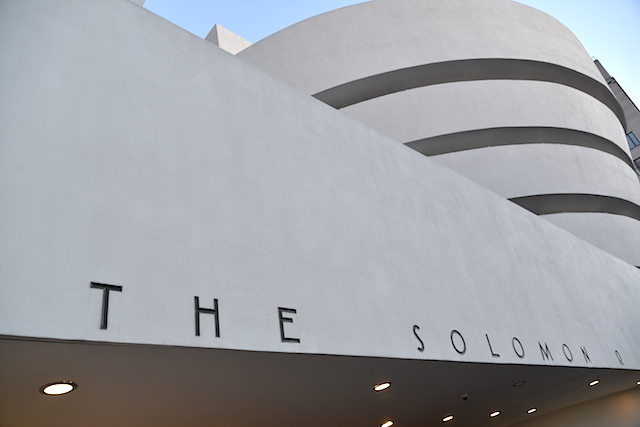 The Guggenheim Museum’s main exhibition during our visit was the Italian Futurism Exhibition. It showed the development of Futurism in Italy from 1909 till the end of World War II. Over 360 paintings, sculptures, notes, music, advertisements, fashion, film, photography and poetry were displayed.

I was not there for the art. I was there for the building – to see the outside and the inside of an inverted ziggurat. A ziggurat is a stepped or winding pyramidal temple of Babylonian origin. (Source: Guggenheim Museum) 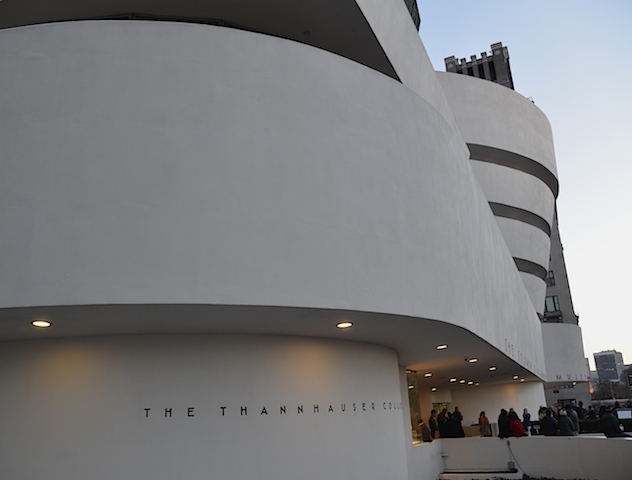 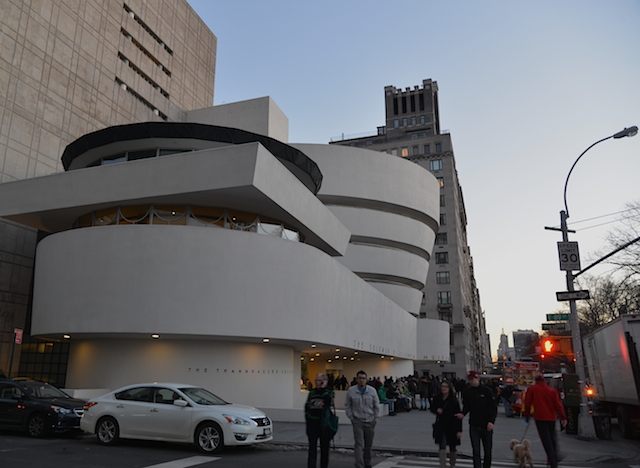 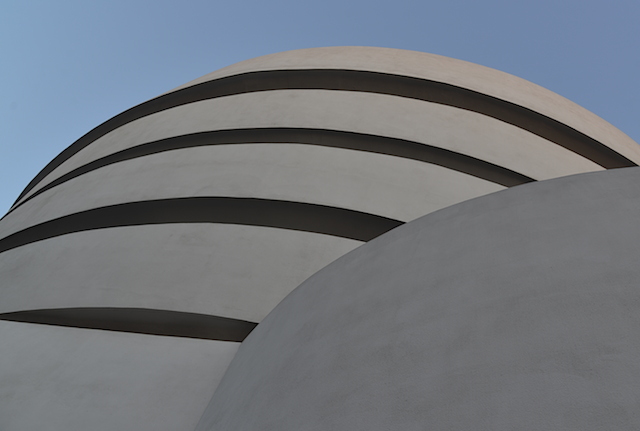 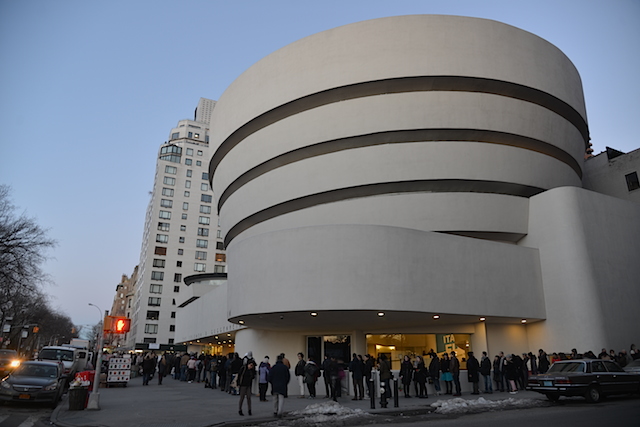 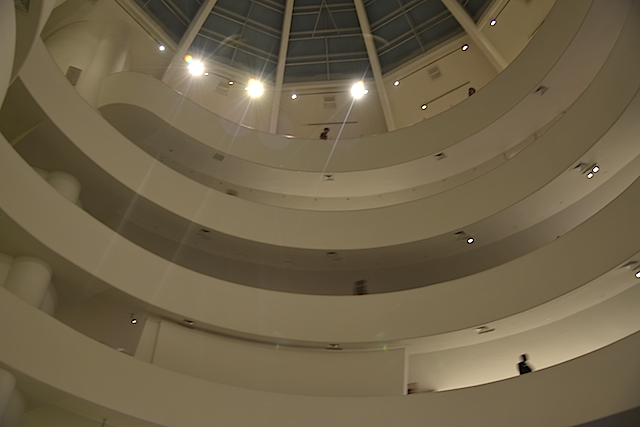 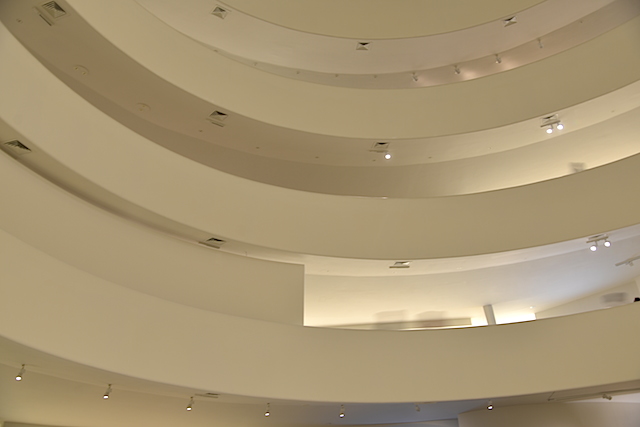 It is as if you are walking on a slope to the upper floors. The spiral ramps provide a continuous space from one floor to the other. Many times I felt out of balance. The art pieces were presented throughout the ramps and big paintings can be seen from floors below.

He is known as the modernist architect and you can see many of his drawings, models and plans in the Museum of Modern Art in New York City.