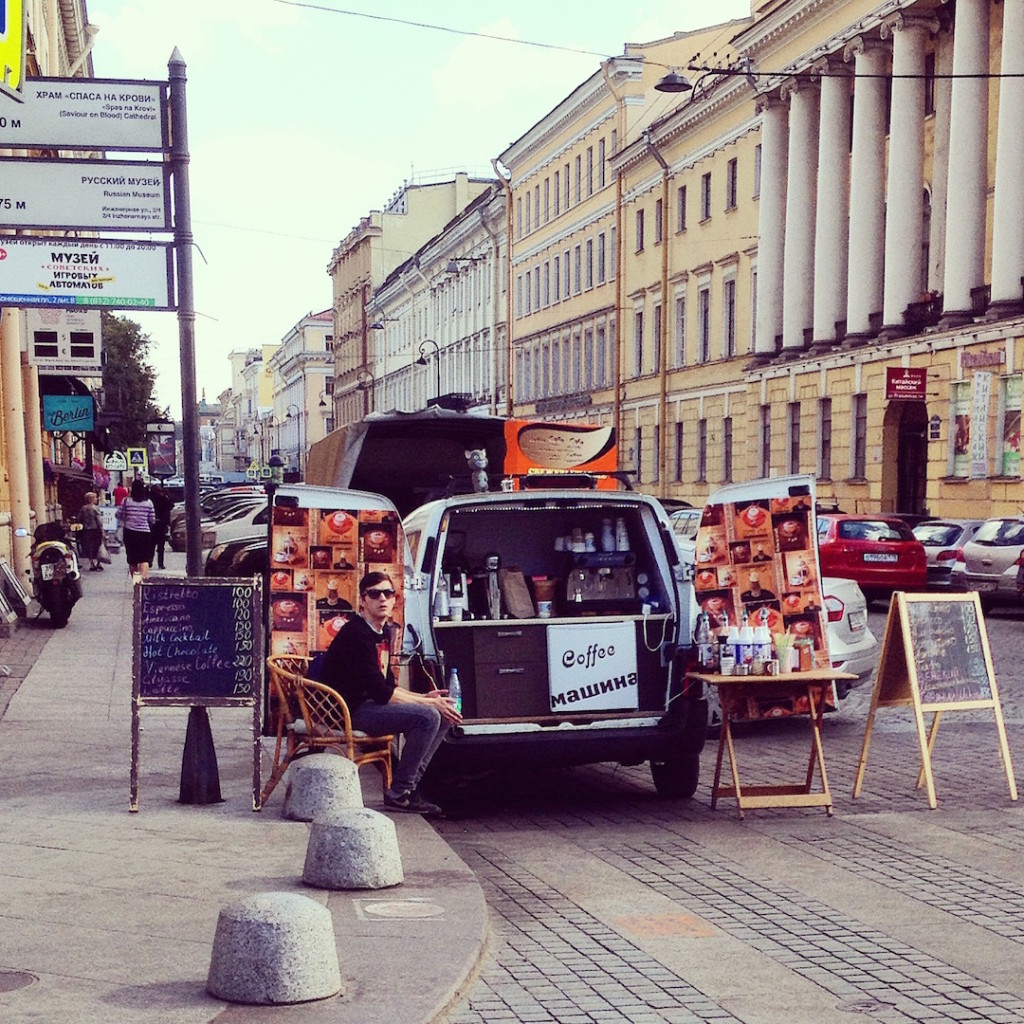 Before leaving for St. Petersburg, I wanted a glimpse into the up-to-date street scenes of the city. I had no idea what to expect. Could it be I was about to fall into the myths of traveling abroad? After getting remarks and questions like, “It’s dangerous out there!” or “Russia? No way!”

I thought some current photos of the streets or people at the subway showing normality of life may bring some peace in my already turmoil-filled mind, crowded with scenes of Ukraine’s unrest and Chechnya’s conflict. With our non-refundable Trans Mongolian tour paid in full, news about tensions between Russia and Ukraine, rumors of sanctions and the overall bad news about Russia made our scheduled travel plan seem so wrong.

A few months before the trip, the US Passports and International Travel Department issued a travel alert for American citizens about the potential danger of traveling to Russia. Worse yet, the travel insurance company clearly stated that no refund or compensation would be given for disruption because of civil unrest, riot or commotion in a country.

If you have had bad news constantly bombarding you through the news media, would you travel to Russia? Would you let fear stop you from going ahead with your plans?

St. Petersburg proved us wrong. Our fear was unfounded in a way. Everything seemed normal and peaceful. There were no disruptions or problems in the streets of St. Petersburg.

The Hermitage was filled with tourists from around the world. On the contrary, at the Four Seasons Lion Palace Hotel, I was told occupancy was at an all time low because of recent cancellations. Many tourists backed out because of the fear of unrest in Russia. We could have been one of those that made the cancellation. The only difference was we took the advice of our travel agent Justin in London. Working with a discerning and experienced travel agent was essential in this case.

The Tea Lounge at the Four Seasons was empty during lunch time and tea time. We were the only family having afternoon tea. There were just the four of us, my husband and two teens on the Trans Mongolian tour from St. Petersburg to Beijing with Tucan Travel. We had the service of a tour leader from England traveling with us for 21 days and the freedom to tailor-made all city and side tours.

Although guidebooks and most websites have photos of the world-renowned Hermitage Museum and Peterhof, one thing was lacking, that is, snapshots of scenes around the city. So here is my contribution to the travel communities of the world, snapshots taken with my iPhone around St. Petersburg in September 2014. 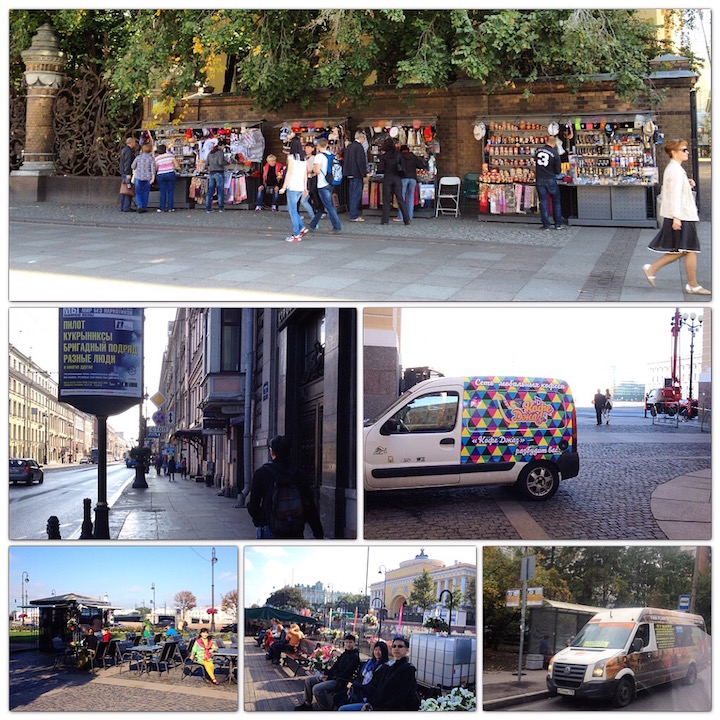 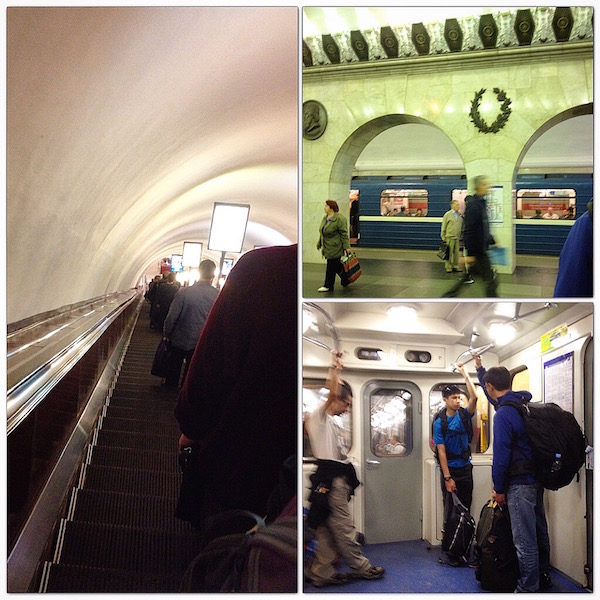 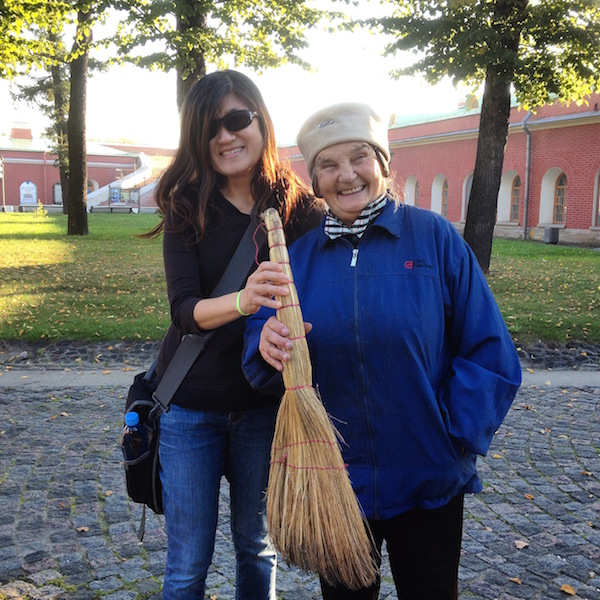 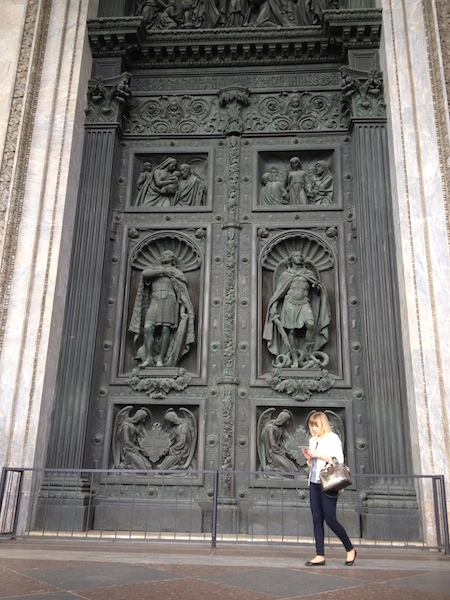 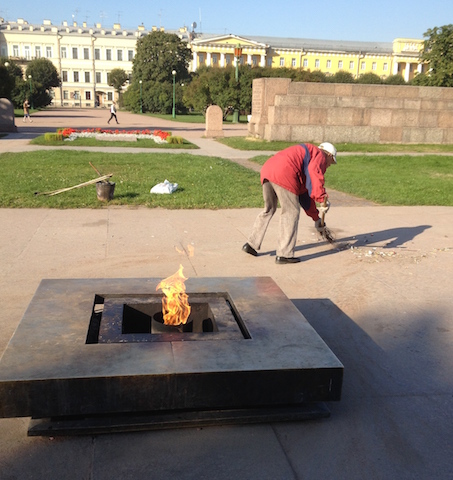 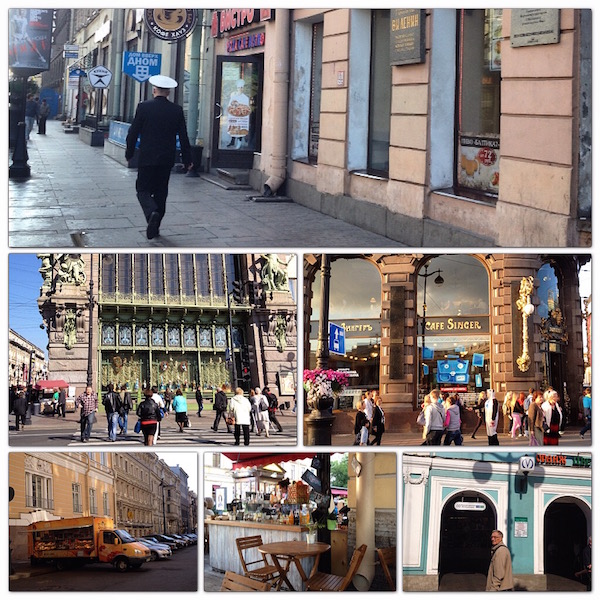 St. Petersburg has undergone quite a few name changes throughout the years. First it was St. Petersburg when Peter the Great named it over 300 years ago, then it was Petrograd in 1914 at the beginning of World War I. During the Soviet era the city was called Leningrad after Lenin’s death in 1924. Now back to its original European name St. Petersburg was named after St. Peter, the saint that holds the key to heaven. The city is the most European city in Russia, much more so than Moscow.

REMEMBER: Always check with the US Passports and International Travel Department’s website and a reliable travel agent about the country you are traveling to. Do your own research before traveling.

« How to Take a Hydrofoil to Peterhof from St. Petersburg
Taking the Mini Bus to Catherine Palace and Park in Tsarskoye Selo »