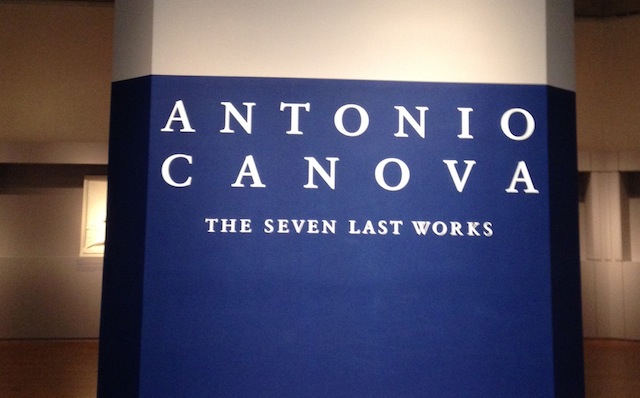 I didn’t have to travel to Venice to see Antonio Canova’s The Seven Last Works. I found his works at the Metropolitan Museum of Art in New York City.

These full-scale plaster models illustrating four scenes from the Book of Genesis and three from the Gospel of Luke were far different from his other marble nude and mythological works. I wondered if he had a few spiritual encounters during his final days on earth?

The Seven Last Works were created between December 1821 and April 1822. He died in Venice on October 13, 1822. His final project was incomplete for there were 25 left. He was to create 32 reliefs for the Tempio Canoviano, a church he built in his hometown of Possagno. Now this church is used as his mausoleum.

Each artwork, whether in a museum or a graffiti in a neighborhood presents a story….

It reveals the inner thoughts of the artist. It also shows the skill he or she possessed. It presents an artist’s belief, fear, dream or an interpretation of a story or a scene.

The first scene in the seven works shows The Creation of the World. We know in the Bible it says ‘in the beginning God created the heaven and the earth’- Canova chose to have a huge Italian Peninsula on the globe. What if he had traveled further, outside of Europe, would the globe be any different? 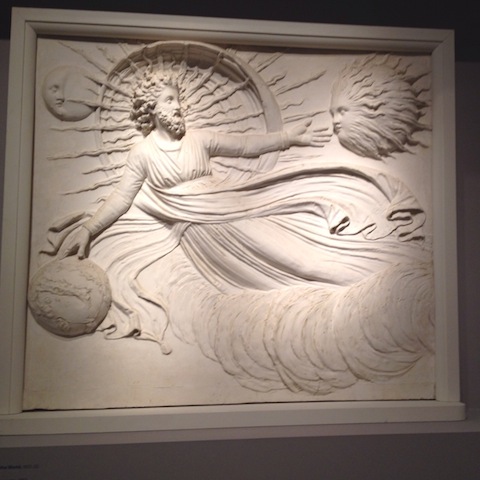 The second relief is The Creation of Adam. This is my favorite of all the seven reliefs. Here it shows God creating the first man on earth in His image with strong real looking hands, arms, thighs and legs. 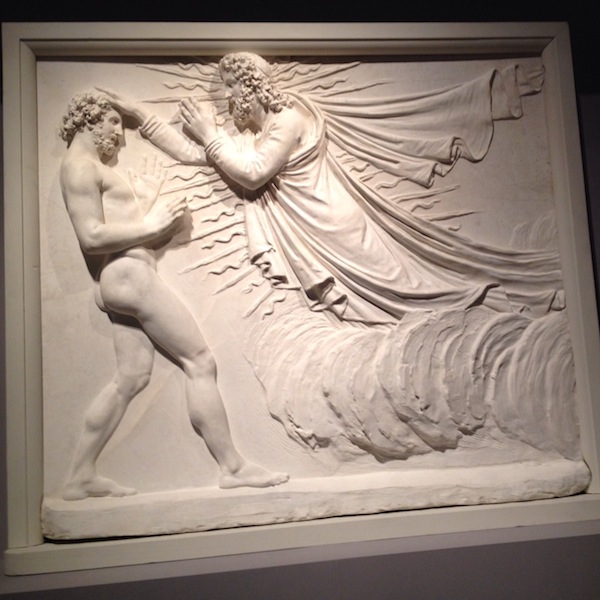 Cain and Abel relief shows every detail as mentioned in the Bible. Abel, Adam’s younger son offered God a healthy firstborn animal of his herd and received God’s approval. Cain was jealous and became angry. So he killed his brother. 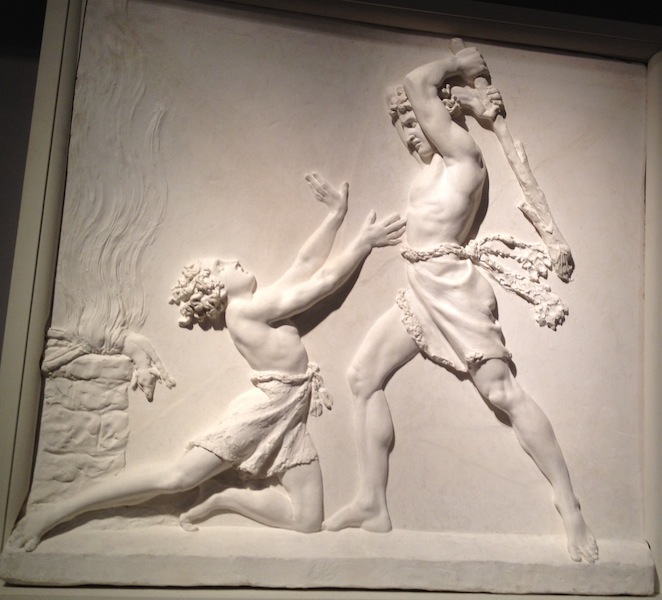 The Sacrifice of Isaac is an emotional scene. Abraham was 100 years old when Isaac was born. This completes the Old Testament stories. 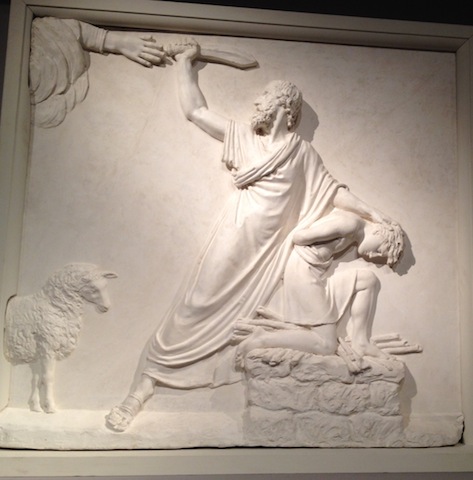 The Anunciation shows the angel Gabriel and the Virgin Mary. In between the angel and Mary is a dove representing the Holy Spirit. Mary is looking down as if listening to the instructions and feeling humbled and scared. 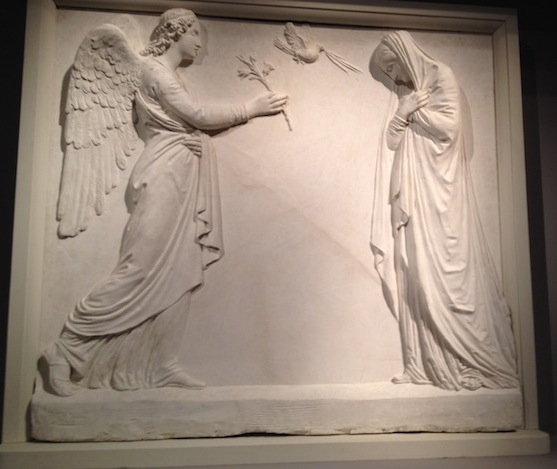 The Visitation shows the cousins, Mary visiting her six months pregnant cousin Elizabeth. Elizabeth was pregnant with John the Baptist. Elizabeth is looking up to Mary as she had descended from the steps from another room. It shows their sisterly bond and mutual journey in life. 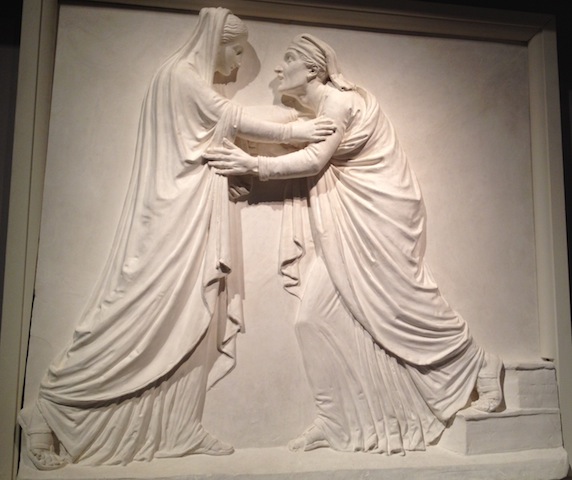 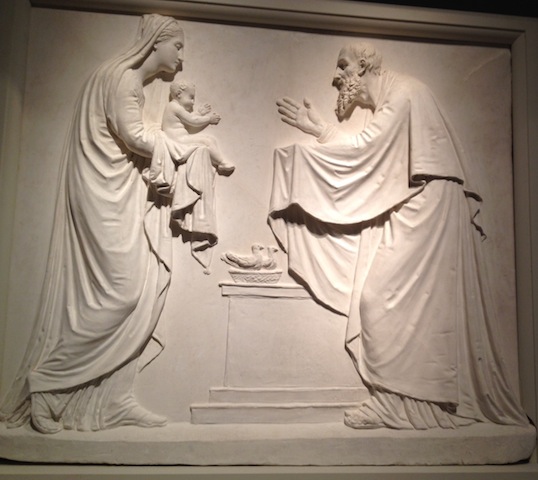 I didn’t need to travel to the Gallerie dell’Accademia in Venice and to the Gipsoteca in Possagno to see seven of Antonio Canova’s works. These seven rectangular plaster reliefs were displayed for the first time in the United States. Six of the reliefs were from Gallerie dell’Accademia in Venice. The Creation of the World was from Gipsoteca in Possagno.

Whatever your beliefs may be, The Seven Last Works by Antonio Canova was a treat to museum visitors in NYC.

« A Taste of Luxury in Argentina: Mendoza Wine Tasting and Spa
Fortunately 500 Lunch and Birthday at The Four Seasons New York »