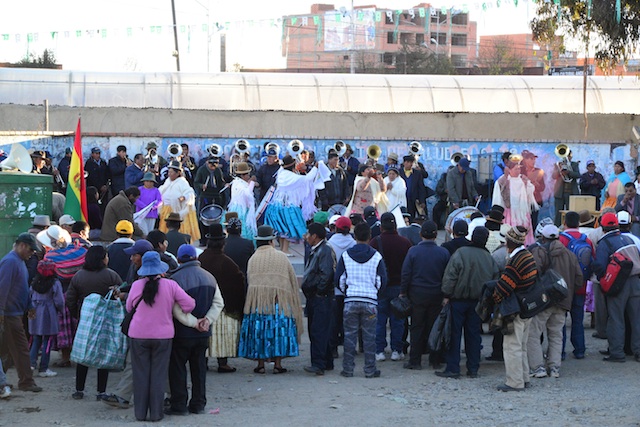 Nowhere else in the world will you see so many cholas and cholitas wearing bowler hats, colorful shawls, traditional skirts or pollera with embroideries, layers of petticoats called centros, braided hair tied with beads, woolen knee high socks and flat shoes or sandals.

Only in Bolivia will you see them in their bowler hats walking in the streets or parks, selling things on main streets and side streets or markets. You may find similar skirts in Peru and Ecuador but the cholas and cholitas of Bolivia know how to show off their fashion with their bowler hats. These bowler hats are normally in brown or black with colored rims or bow. 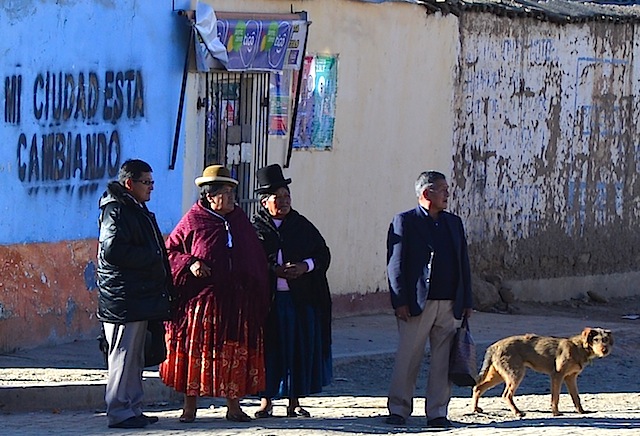 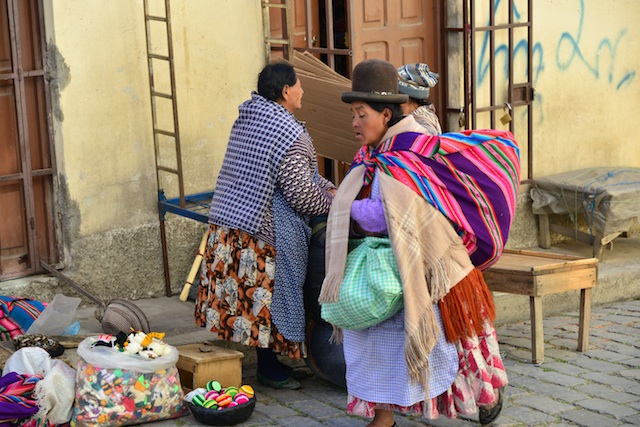 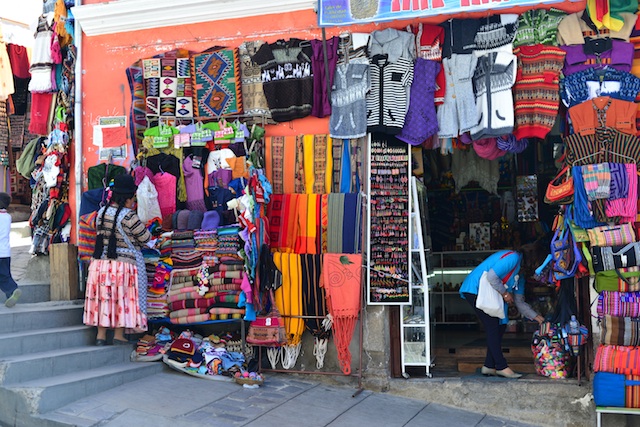 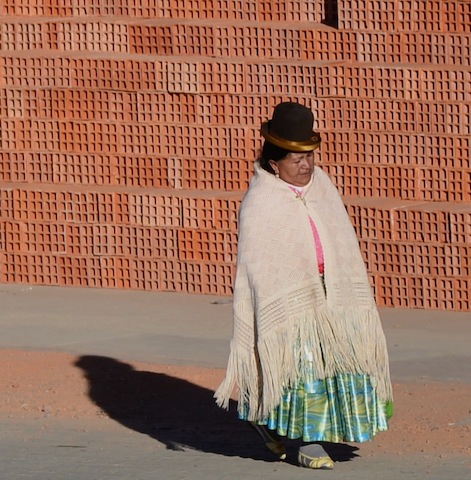 According to our tour guide Julian of Julius Travel Agency in La Paz, bowler hats were made in England in the late 1800s and were shipped to Bolivia for English workers but they were too small. Instead of throwing them out they were given to the women in Bolivia and “legend” has it that those who were wearing them did not have problems with infertility. So it became vastly popular among the women from the Aymara indigenous group.

Like many traditions of the world, the young generations were abandoning the traditional clothing and bowler hats but in recent years they made a big comeback.

If you were to observe these bowler hats on the cholas and cholitas, none of them actually fit properly like you would expect when you are wearing a hat. They are worn tilted and too small for the head. They are not the type of hat you would wear if you want to protect your face from the sun or rain because it does none of those things. Some are worn with bobby pins. 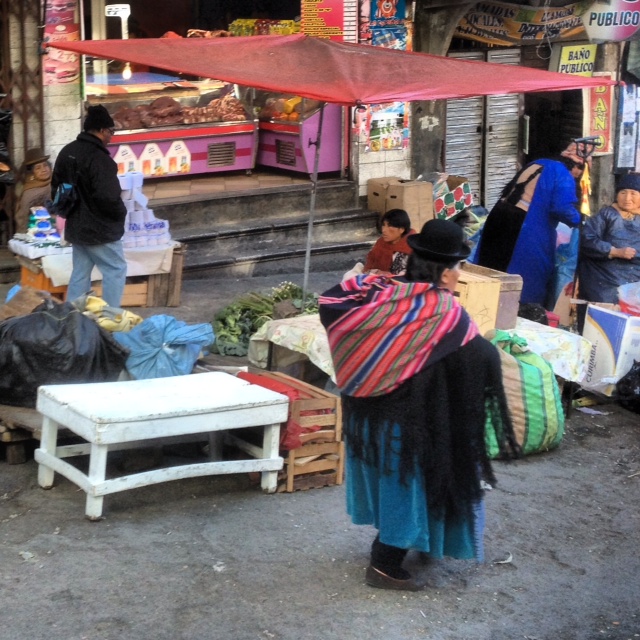 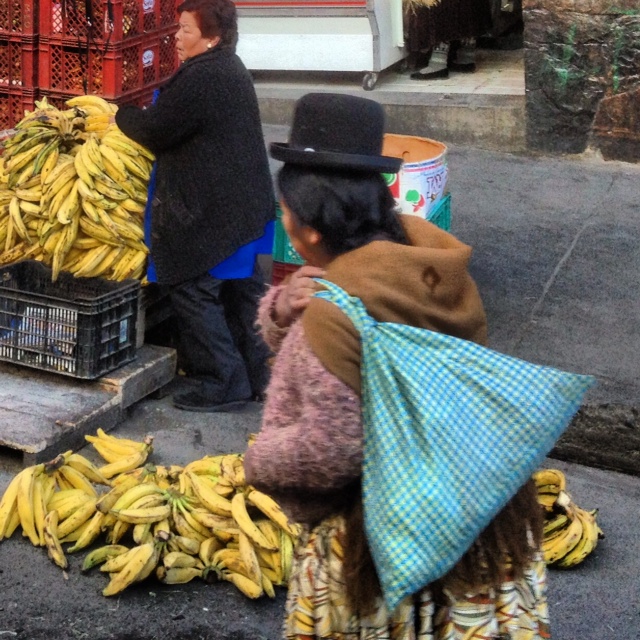 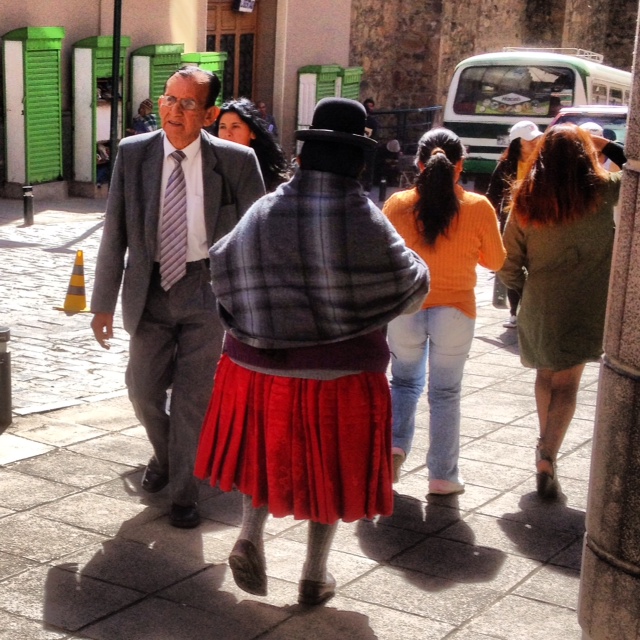 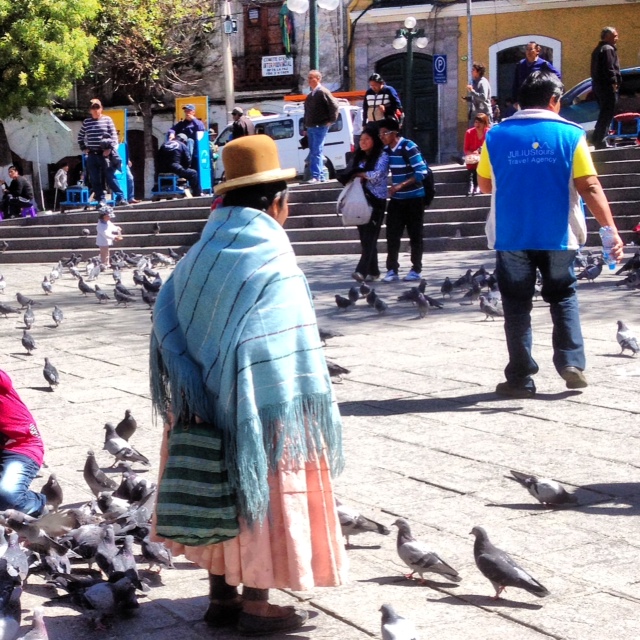 Bowler hats come in various prices depending on who made them and the materials used.

While staying in La Paz, there was a tiny bowler hat shop without a store sign across the street from our hotel (Hostal Sol Andino). I went in with my little Spanish and asked him a few questions. He answered while ironing the brown bowler hat with an old charcoal iron just like the ones my grandmother had in Malaysia. He had been working in the shop for over 40 years, making the same type of bowler hats and the price for each bowler hat is 100 bolivianos. Here was one on display. 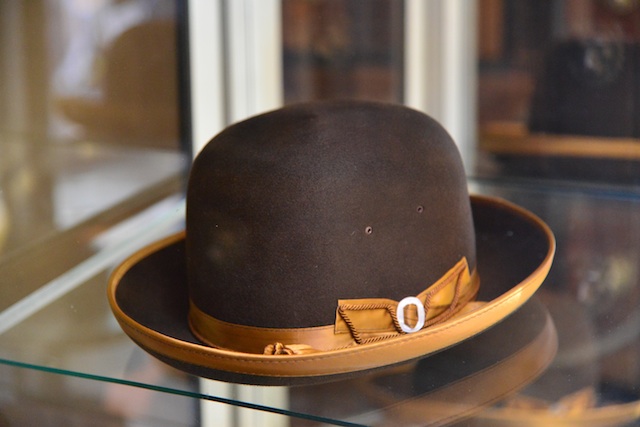 You can find some custom-made bowler hats that cost up to US$500 in Bolivia. The type of bowler hats worn show the status symbol of the Aymara women. Of course these ladies with US$500 would need a bodyguard if she was walking around town. Bowler hats can be pricey and not all of these cholas and cholitas can afford one. Some just wear straw hats or cotton hats. 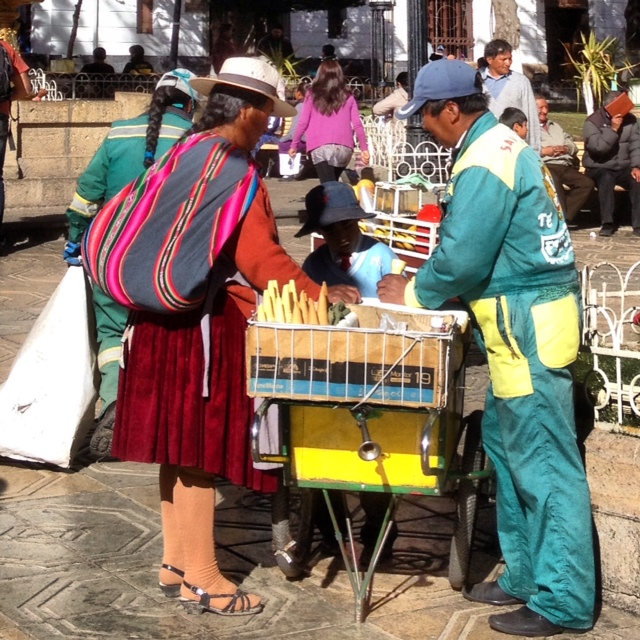 The skirt or pollera are usually made of velvet material worn on top of several layers of centros (petticoats). This layered look makes these ladies look bigger than their actual size. 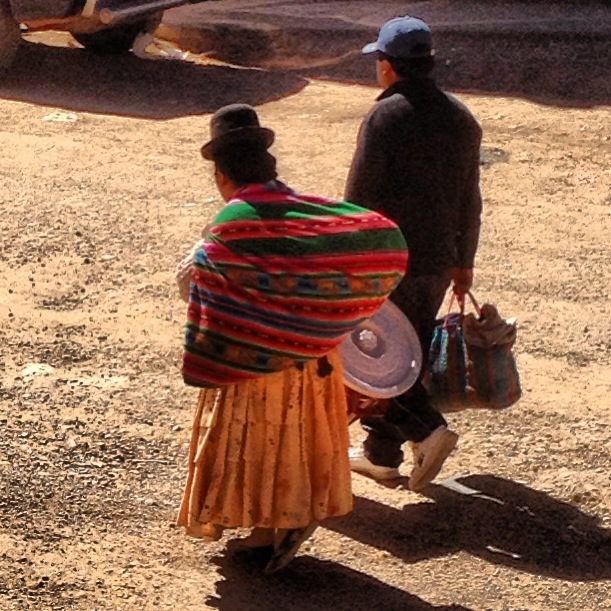 Bowler hats, cholas and cholitas are one of the main attractions in Bolivia. The women do not like strangers to take their photos.

Have you been to Bolivia? Please share your experiences below.

« Puno Peru: The Gateway to The Islands of Lake Titicaca
10 Things I Like About La Paz Bolivia »