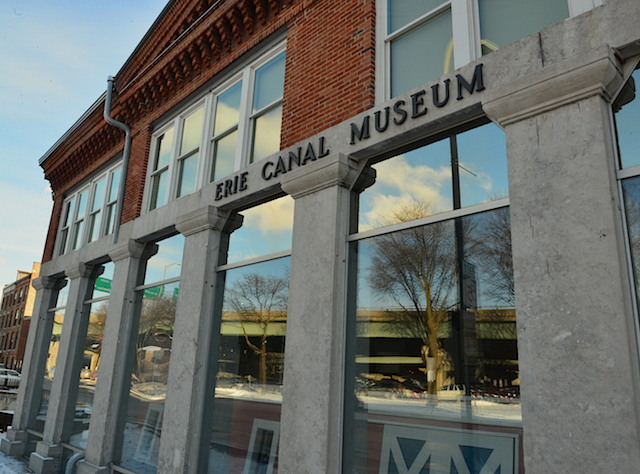 Without a doubt, Erie Canal shaped the economy, history and businesses of Central New York before the railway era. It was the main thoroughfare from Buffalo to New York City. Syracuse’s growth in the 1800s was largely due to Erie Canal. The town grew from 600 people in 1820 to 22,127 in just 30 years. Thousands came from Ireland to help build the canal.

The canal was sometimes known as “Clinton’s Ditch” because it was the brainchild of Governor DeWitt Clinton, the pot-bellied governor of New York. Because of the canal, goods and people were able to travel from the east to the west side of New York. 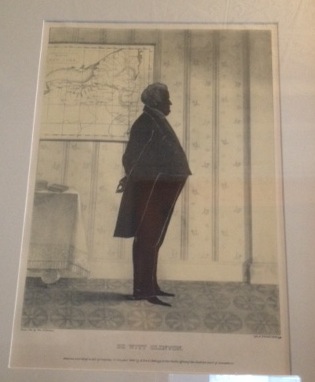 Inside the museum is a replica canal boat with a passenger area, crew quarters and cargo areas. 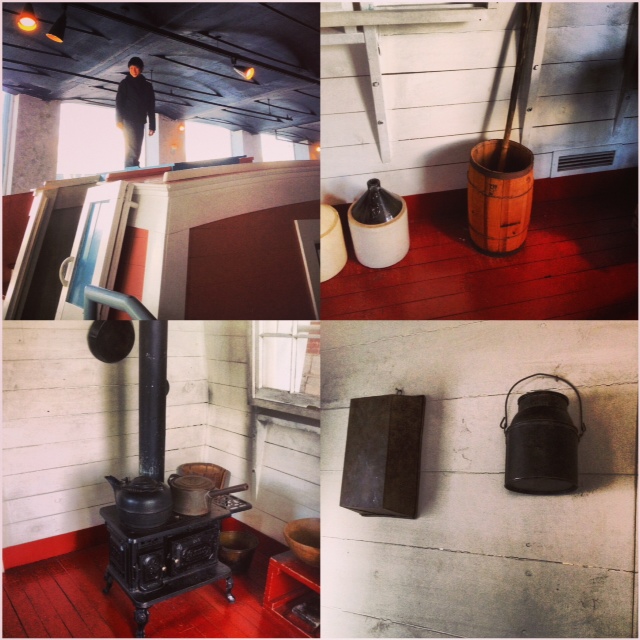 Construction of the Erie Canal started on July 4, 1817 and completed in October 1825. This completely handmade system used tools like mallets, shovels and chisels. Imagine no machinery and hard work was paid with whiskey. Whiskey was considered the legal tender and was used as part of the payment system for the laborers. 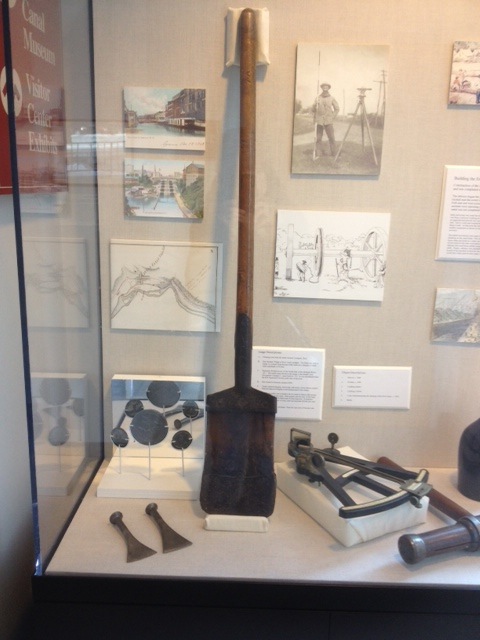 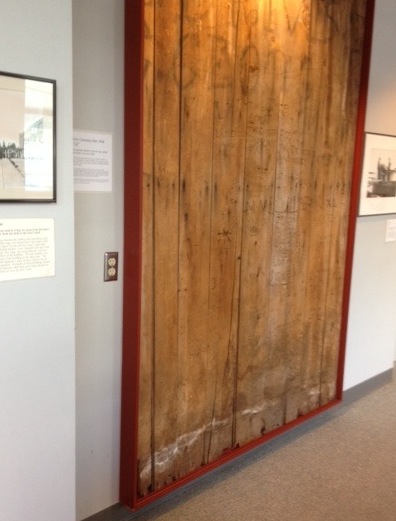 I find it interesting the idea of ‘tailing-on’. Tailing-on is the act of holding the animal’s tail while walking it down the entrance ramp to the cabin or barn. With pressure applied to the tail, the animal would naturally slow itself and go through the ramp. This process kept the animal from getting hurt or fall when they had to go through steep ramps.

This is a model packet boat. A packet boat could accommodate up to 60 passengers. These were narrow, less than 15 feet wide and 70 feet long boats that moved four miles per hour along the canal. Packet boats were available six days a week traveling from Albany to Buffalo. 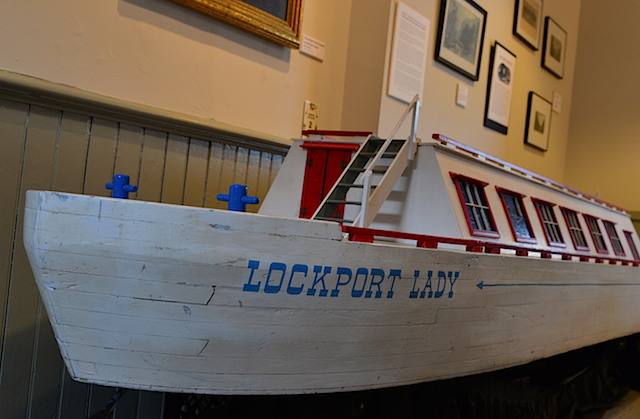 During the canal era, Clinton Square in Syracuse was an important meeting place for the community and businesses. One such business was the Bank of Manhattan. 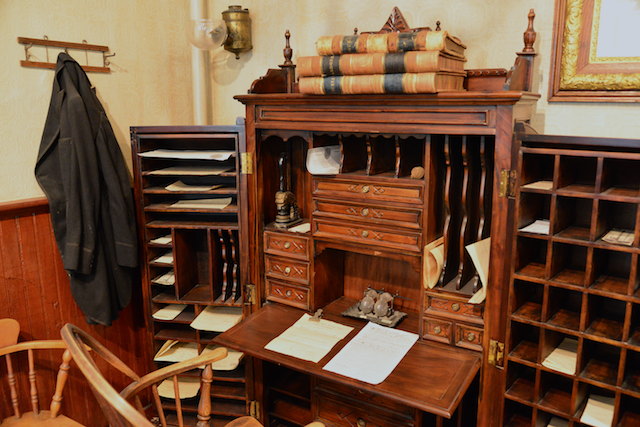 The museum also has postcards sent by passengers while traveling on the Erie Canal. Postcards were the popular method of communication even though private messages could be read by anyone who got a hold of the postcard. The stories were mainly about the weather, travel itineraries and health. Here is one story told: 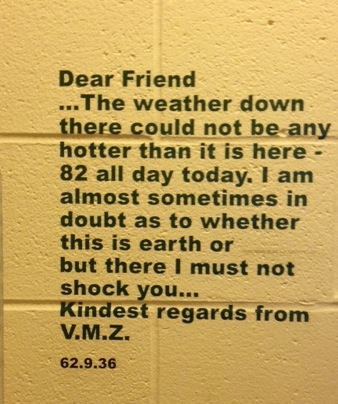 The upstairs of the museum houses replicas of a ceramic workshop, a tavern, a grocery store and a theatre. The grocery store says, “If we don’t have it, you don’t need it!” Isn’t that true? 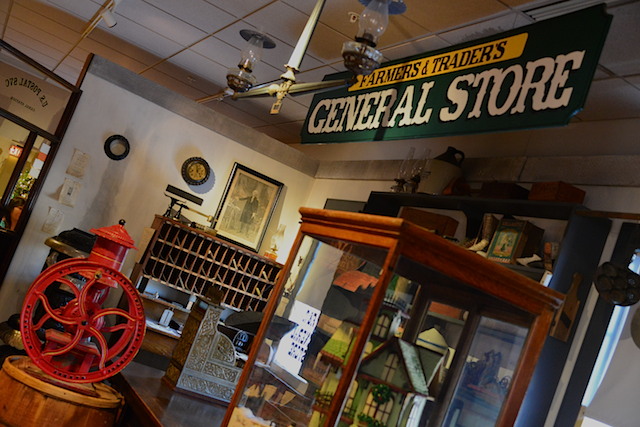 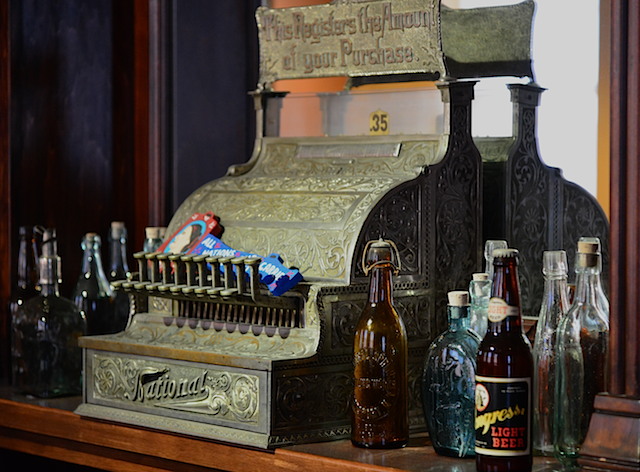 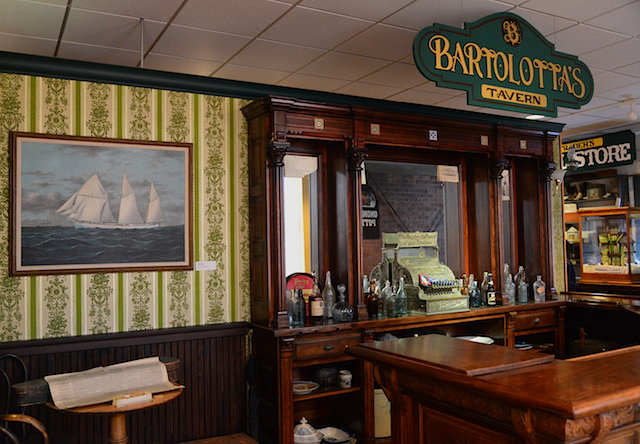 Erie Canal Museum is a must-see museum in Syracuse. It highlights the historical treasures of Syracuse, photos and maps of the area in the 1800s.