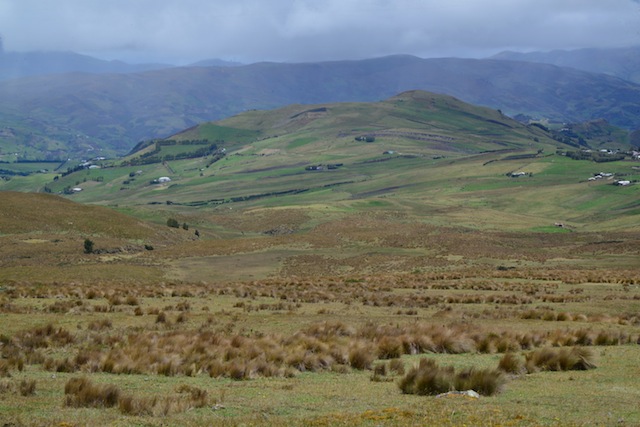 My recent experience on the Inca Trail and Ingapirca took me by surprise. In sharp contrast with what I’ve done before in Brazil and Peru, this hike was so much easier. The journey started with a pick up from our accommodation in Cuenca by a private guide and a driver in a 4X4 vehicle at 7 a.m.

In the first hour of our drive we passed through villages, farms and towns including the picturesque town of Azogues. The San Francisco de la Virgen de las Nubes church in Azogues is worth a quick stop by the roadside for a scenic photo session. The next hour of driving was through an unpaved road, small houses and a llama farm, to the beautiful Culebrillas Lake at Sangay National Park. 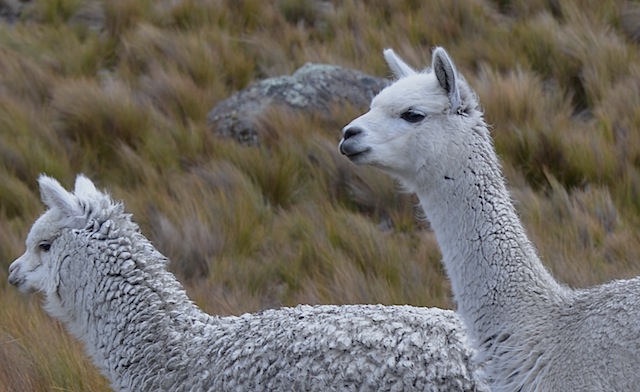 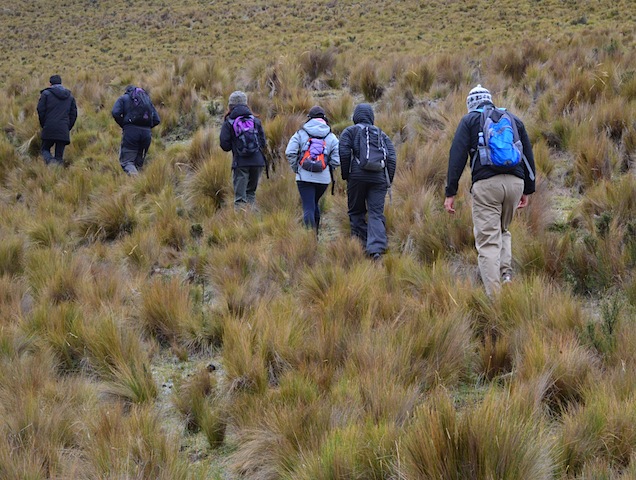 It was here that we started our three and a half hours hike in the ancient Inca trail. We felt the cold wind as we started ascending to the hills in quietness. We were surrounded by natural beauty of the wilderness everywhere and the tranquility of the atmospheres brought a sense of peace and awe. 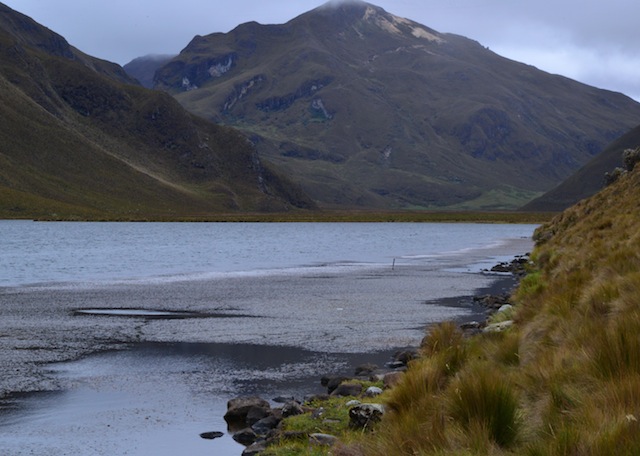 The ground itself was stunningly decorated with wildflowers, rocks, patches of highland grasses of differing heights and color shades. Most of these plants grow close to the grown and the paramo flowers look like the aster flowers we plant in the Northeast United States. The trail took us to the resting place of the Incas, Paredones ruins, an old inn (tambo in Quechua language), which is only accessible through this hike. 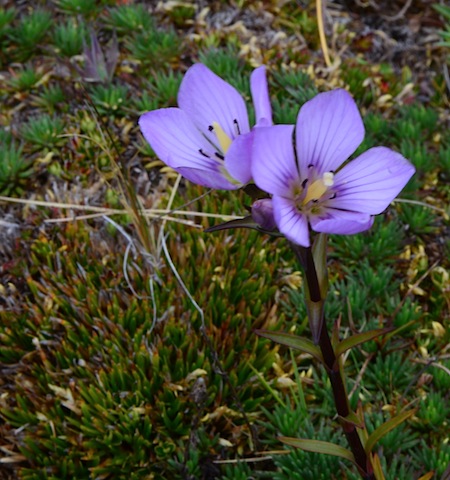 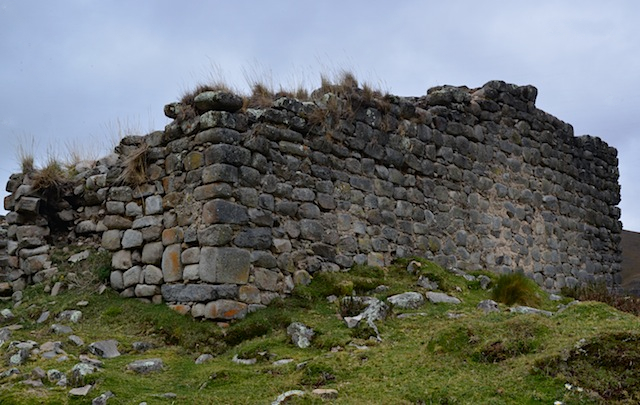 It’s hard to believe more than 500 years ago this was the super commercial highway for the Incas from Cusco to Quito. From this point onwards the trail got marshy and we could hear the sound of flowing water underground. 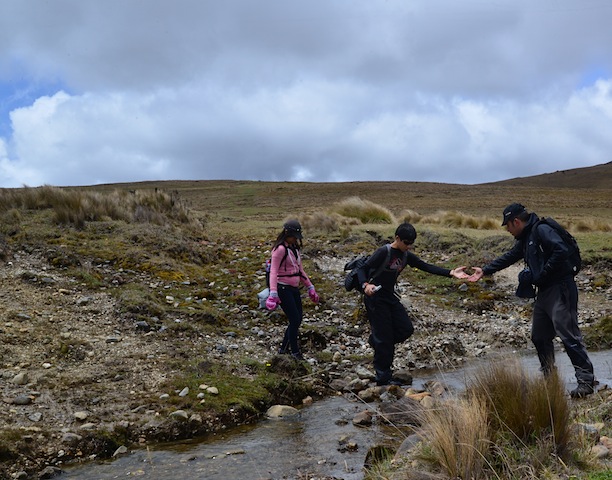 We rested by a stream of flowing crystal clear water and our guide Adrian told us the water was clean enough to drink. 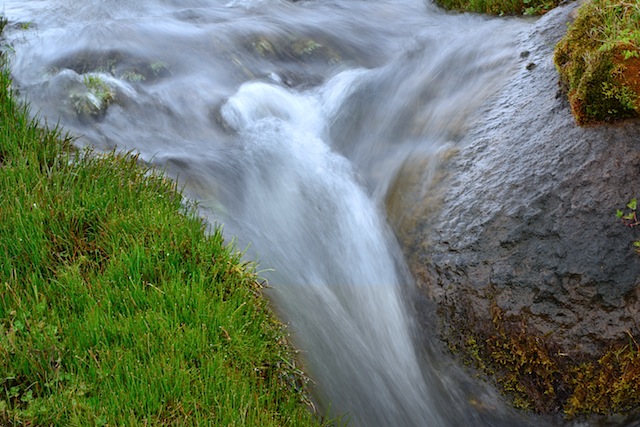 The ancient stone trail was so wide and well preserved in this area that we had to take a photo showing the width. We could only picture llamas, horses, locals and leaders walking through this well planned super highway with merchants selling food and goods by the road. 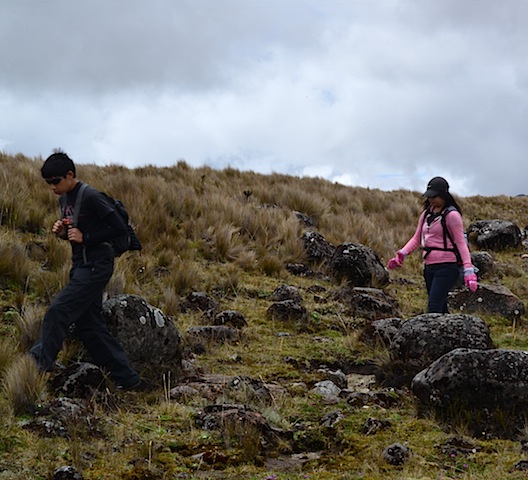 Large boulders must have been left there for road repair or constructions. As we approached the town of San Jose, farmlands by the hill became visible, horses chasing each other and cows resting or grazing quietly downhill. The locals must have grown their own food like their forefathers.

The fields were alive with animals. Dogs were barking in the distance as we approached the dirt road to San Jose village. Pedro our driver was waiting and ready to take us to Posada Ingapirca for lunch. 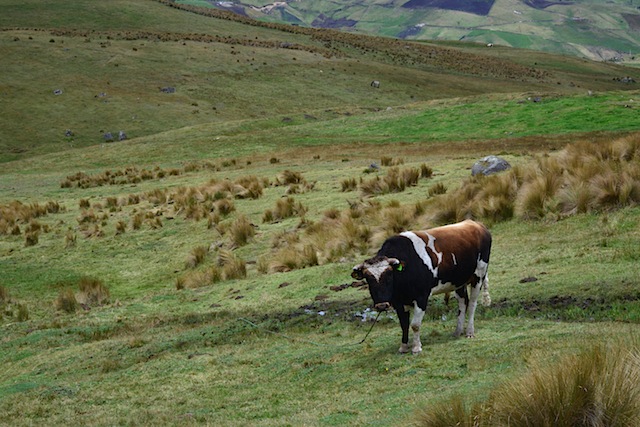 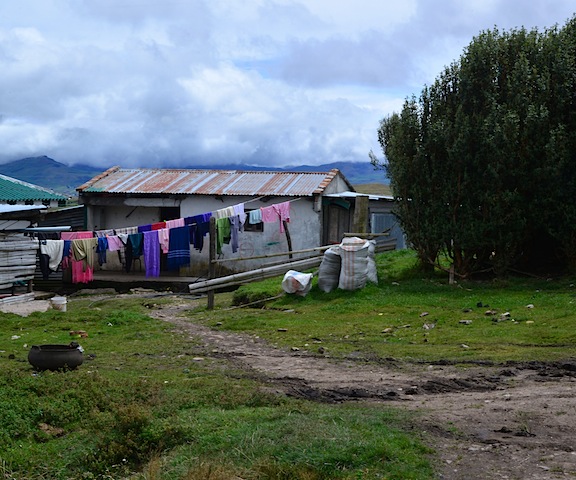 After the physical challenge, it was time for lunch at El Jardin Restaurante. We drove for 20 minutes and congratulated each other for a ‘job’ well done. El Jardin restaurant is quite a culinary treat. I didn’t expect the high quality of food and service after hiking in the remote area far away from modern conveniences and modern buildings.

Our waiter Manuel came dressed in a local Cañari costume including a straw hat with two fuzzy balls dangling in front, signifying he is single. Our three-course meal started with a complimentary welcome drink called sangoracha and the highland’s specialty of mote (white corn) and ahi (spicy dip). 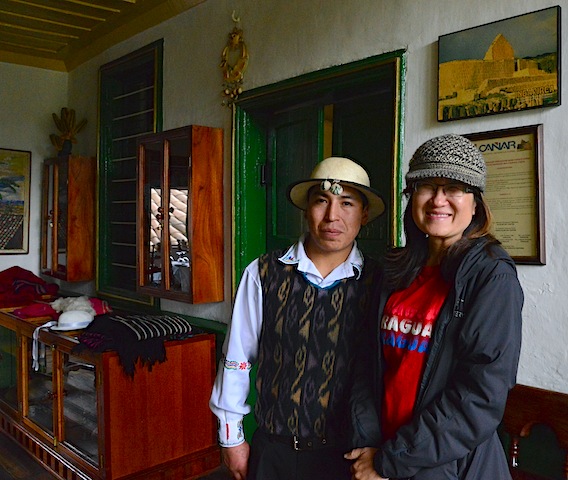 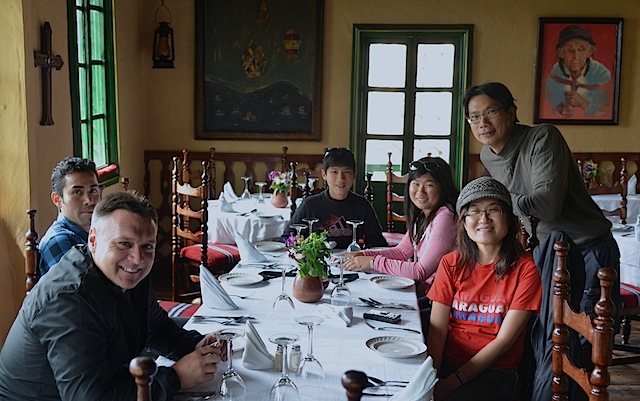 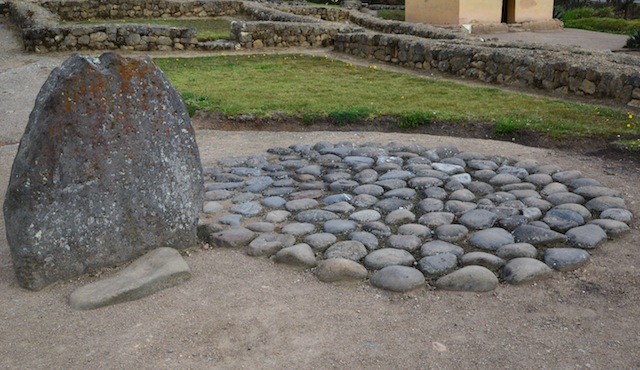 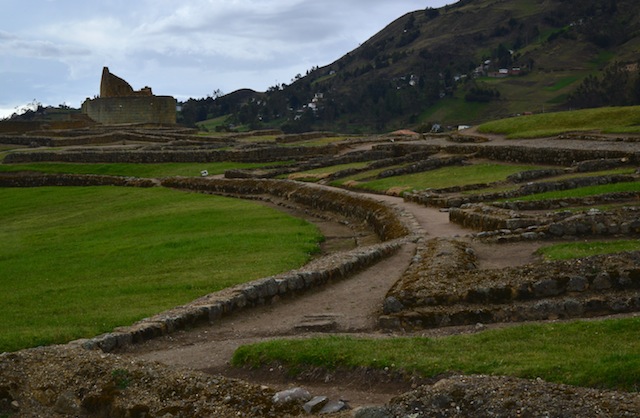 In the late 1400s Inca Huyna Capac conquered this part of Ecuador and constructed Ingapirca with the same construction as the buildings found in Cusco. The most impressive structure in the whole complex is the elliptical building known as the Sun Temple. It is the most well preserved building and the tallest among the rest of the buildings in Ingapirca. 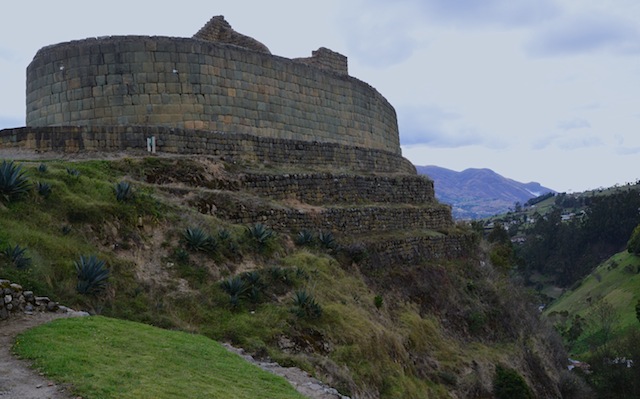 The Sun Temple was built for religious and ceremonial purposes. You can find the ruins of storehouses, ancient baths, the king’s palace and homes for his five wives and the Sharman’s home and kitchen. Interestingly we found pieces of broken ceramic still scattered around the kitchen area. 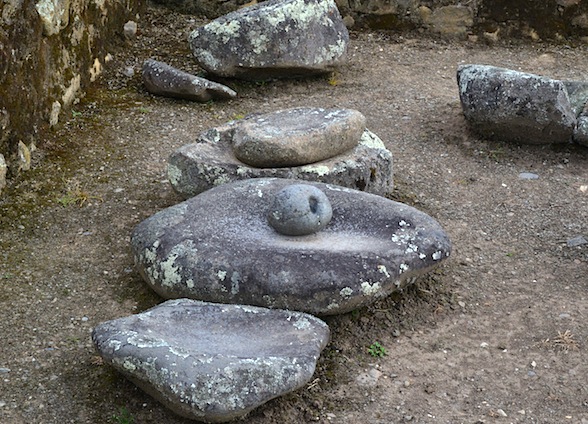 I’m sure buried under the earth, restaurants and houses, there are more unexcavated ruins and buildings of Ingapirca. Our full day tour with Terra Diversa to the Inca Trail and Ingapirca was well received by our guest.