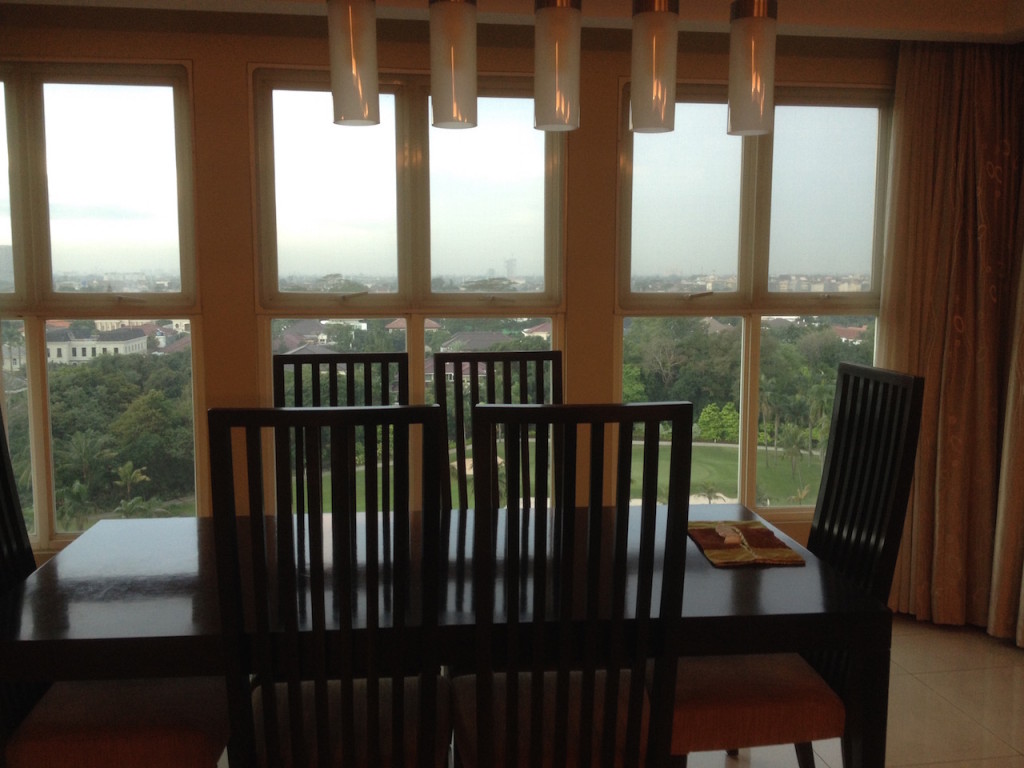 Every expat family in Jakarta has at least one domestic maid and a driver. Some have guards, pool cleaners, gardeners, nannies, cleaners and more. While visiting my sister and family for three weeks, I had a taste of the expat life in Jakarta Indonesia.

My sister had a choice of staying either at an apartment or a house when she arrived four years ago. Because of security reasons they sacrificed space, a garden and a pool for an apartment on the 15th floor with a view of a golf course. The apartment complex is well guarded with security guards at the main gate and security guards in the building.

Every morning, Yati, the maid greeted me with a glass of water. After my morning quiet time at the balcony, breakfast was served at the dining table. My family and I were guests at my sister’s home. Yati’s job was to serve her guests with delicious homemade food every morning.

We must have put on a few pounds during the three weeks stay. Here are some of Yati’s special Indonesian and Malaysian foods. My sister had given her special instructions to make some of our favorite Malaysian foods like curry puffs (Malaysian empanadas), bubur cacar (coconut based sweet dessert with taro, sweet potatoes and tapioca) and cucur bawang (crispy fried scallion cakes). 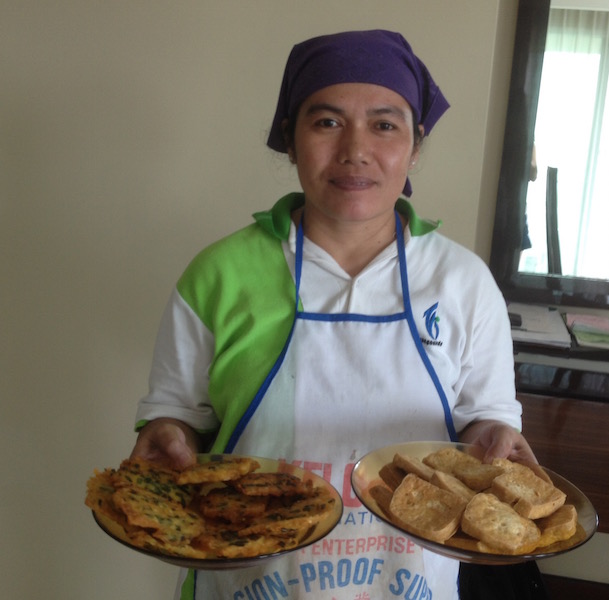 Raw tempeh or tempe is sold in a cake-like form wrapped in banana leaves. It is fermented soy and is similar to tofu but is harder than regular tofu and less watery. She sliced the tempe, dipped them in a batter consisting of chives, flour and local spices and deep fried the pieces in a pot of hot vegetable oil. She had a few variations of tempe dishes. Tempe is a popular Indonesian food. 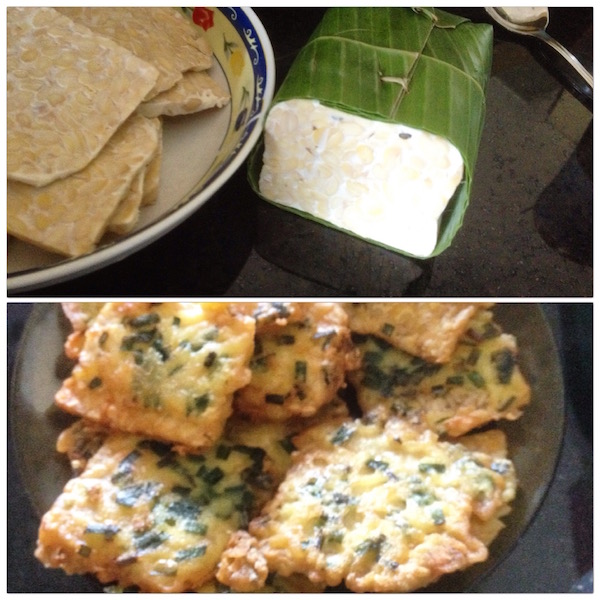 Yati's dadar gulung are rolled pancakes with freshly grated coconut and brown sugar filling. She used pandan leaves for the natural green coloring for the pancakes and as an added aroma in the coconut filling. Pandan leaves are a type of fragrant leaves native to Indonesia and Malaysia widely used for dessert dishes. Dadar gulung is an Indonesian snack and one of the favorites during Ramadan. 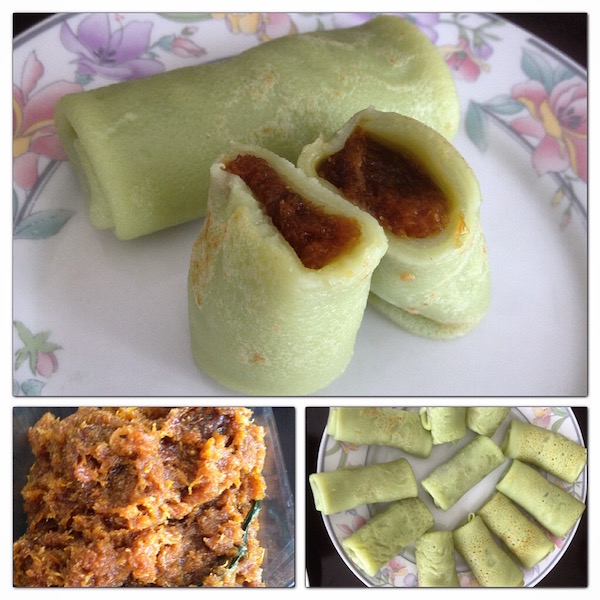 Singkong is Bahasa Indonesia for cassava. Below is a typical grater for grating singkong and coconut. "Kupas, serut..." means you peel the cassava and grate it. She added brown sugar and coconut to the grated cassava, placed it in an aluminum pan and steamed it. When it was cooked, she cut them into rectangular pieces and served. 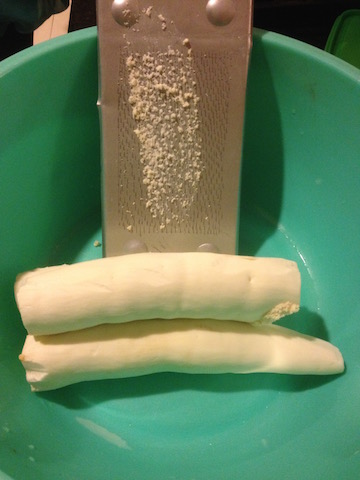 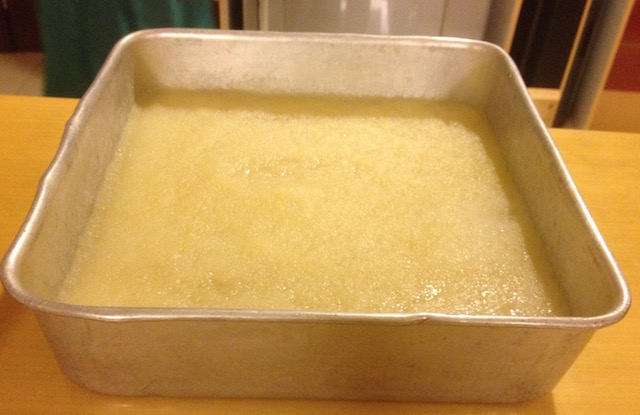 Another favorite dish was pisang goreng or fried banana fritters. There are many ways to use bananas for dessert in Indonesia. Here, Yati simply cut the bananas and dipped them in a flavored flour and egg batter. Then, placed them in a deep fryer. 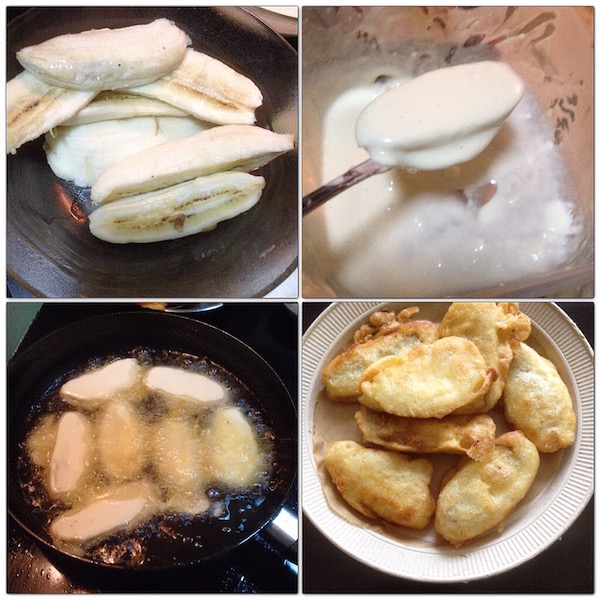 Fried ikan selar kuning was my favorite food made by Yati. Ikan is fish in Bahasa Indonesia and the word kuning means yellow. Ikan selar kuning or yellow stripe trevally is a small tropical fish commonly found in the warm waters of Southeast Asia. Ikan selar kuning is widely sold in Jakarta's wet market. Yati deep fried and served them as an appetizer. 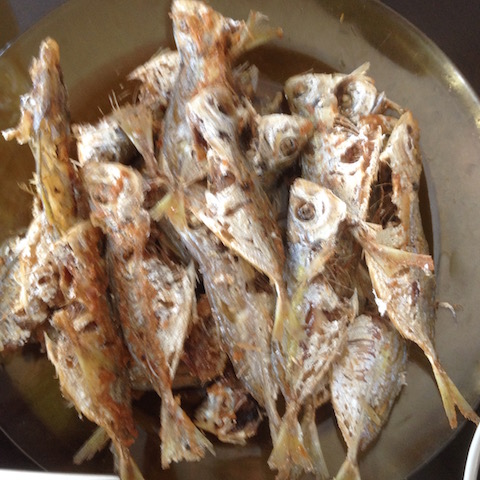 Here are some of Yati's Malaysian foods- 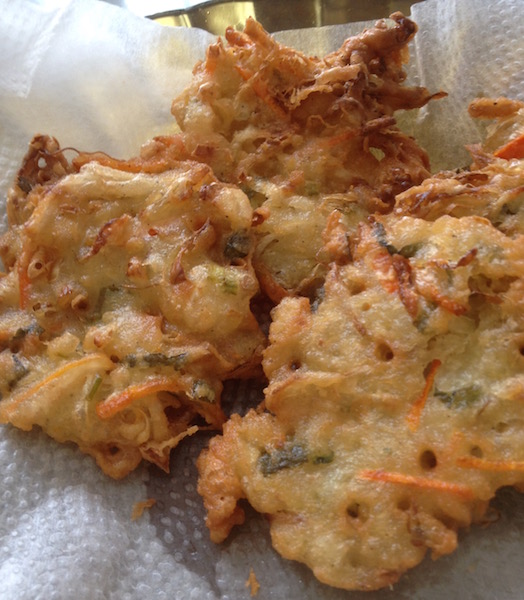 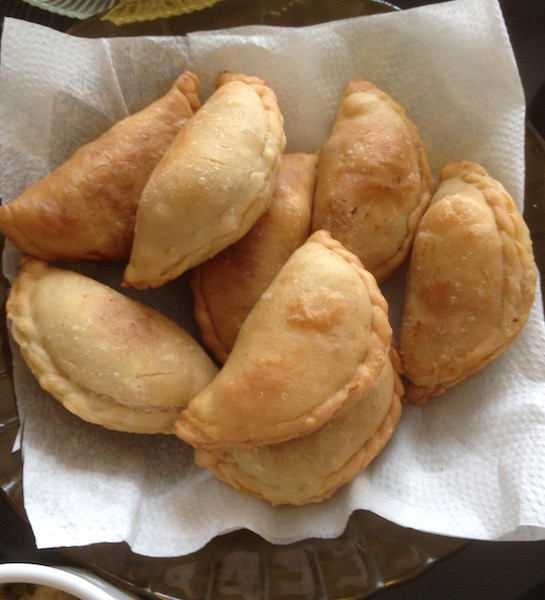 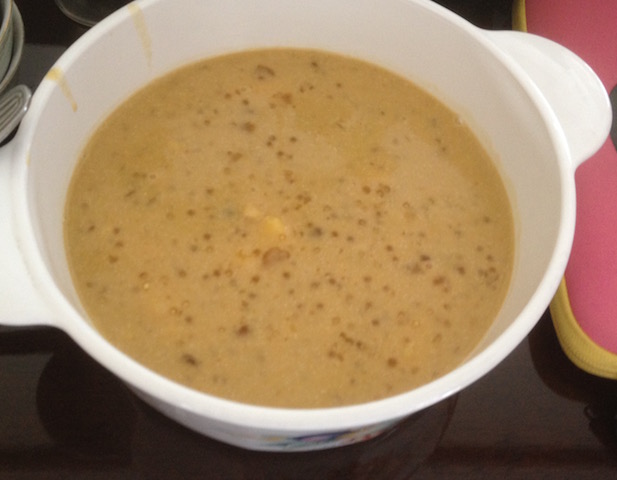 By the way, I’ve just received news that Yati left her job when the Ramadan (one month fasting season) came. That’s how some maids are in Jakarta – they come and go. Yati lives five hours from Jakarta. Since Bahasa Indonesia has a lot of similarities with Bahasa Malaysia, I was able to converse with her while I was there. I asked about her family. She has two children and both did not make it to college.

Yati said higher education is too expensive and they couldn’t afford it. Her 24-year-old daughter is married with children and her 18-year-old-son lives and works in Jakarta.

Indonesia has the world’s fourth largest population, after China, India and the United States. But it is trailing behind when it comes to higher education. Fewer than 60% of young children are enrolled in primary school (early education). The good news is the numbers are improving.

The country has the resources and manpower. It is becoming one of the world’s emerging markets and a giant economy. When I looked around Jakarta while sitting in traffic, all I saw were people – everywhere.

Cheap labor is plentiful in Indonesia. Case in point- my sister doesn’t need cleaners to come to her apartment. But to support the economy they have two cleaners cleaning the apartment twice a week. Whenever they came to the apartment, I saw them smiling, chatting and singing while they cleaned. They seemed happy working for expats.

Our visit coincided with the international school's international day where expat parents from all over the world sold homemade (some store bought) food from their home country for charity. My focus was mainly on Indonesian and Malaysian foods like... 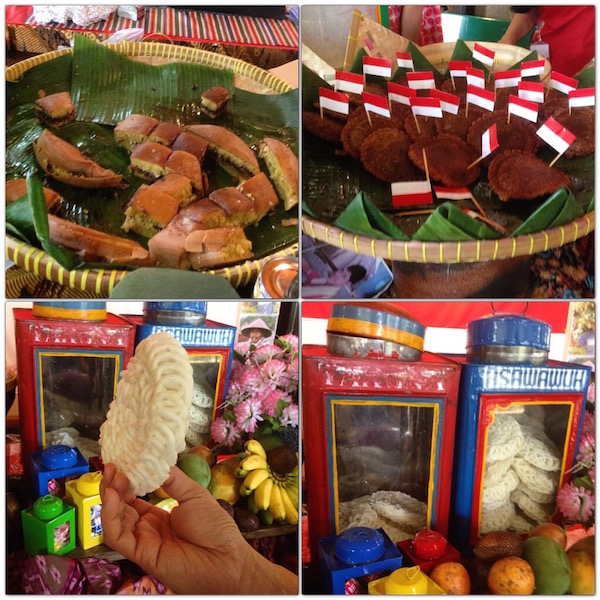 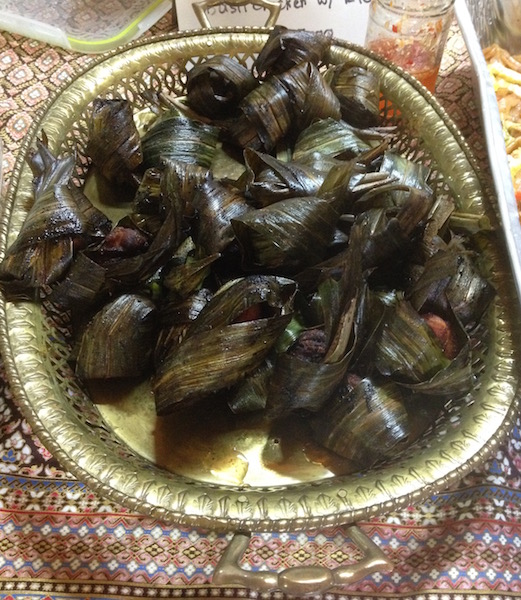 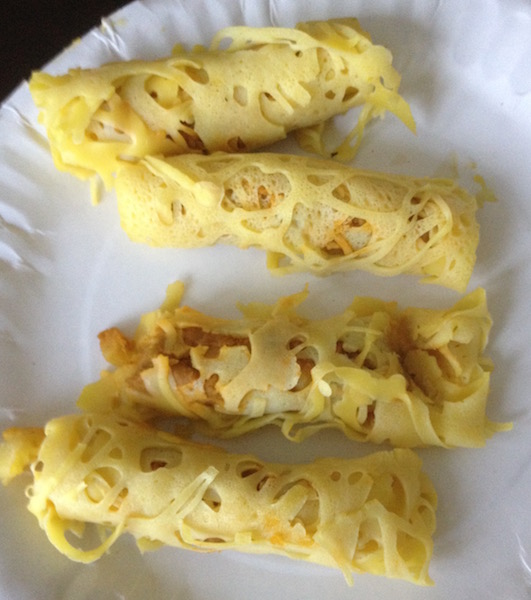 Jakarta is a fascinating city and I will be sharing more. Come back soon...