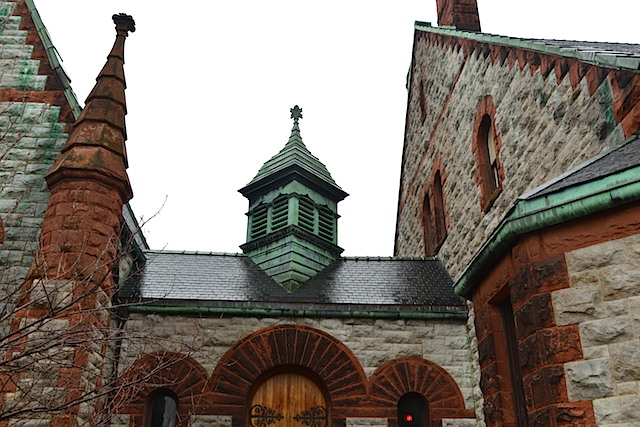 These days when you talk about Auburn New York – it is mostly about the good old days, all spoken of in the past tense.

The Willard Memorial Chapel is a State and National Register of Historic Places and the only remaining structure of the original Auburn Theological Seminary established in 1818 – home to generations of Presbyterian missionaries, scholars and ministers sent to all over the world.

The Willard family was a wealthy and prominent family in Auburn. Dr. Sylvester Willard, a medical doctor and a cornstarch tycoon left a substantial amount of money to his daughters Caroline and Georgianna. Both sisters donated $50,000 for the building of the chapel in memory of their parents.

They hired A.J. Warner of Rochester to design the exterior of the building. Willard Memorial Chapel is Romanesque Revival architecture with gray limestone and trimmings of red sandstone.

The interior was totally designed by Tiffany Glass and Decorating Company of New York. At one glance in the dimly lit room you may think it is just another chapel. All the beautiful maroon colored wall and detailed gold leaf were painted over in beige. The only original maroon paint is in a corner at the right end pew of the chapel. 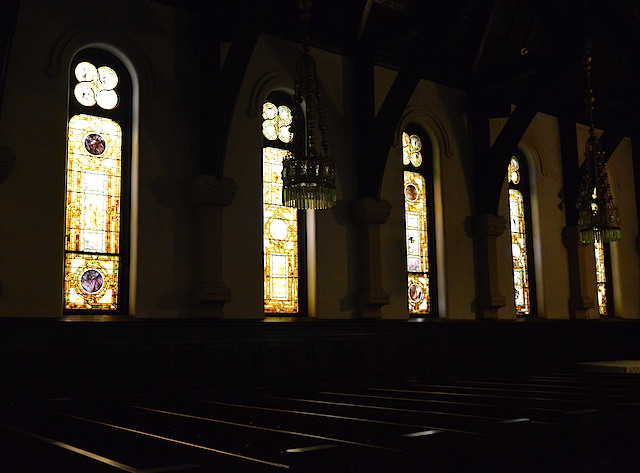 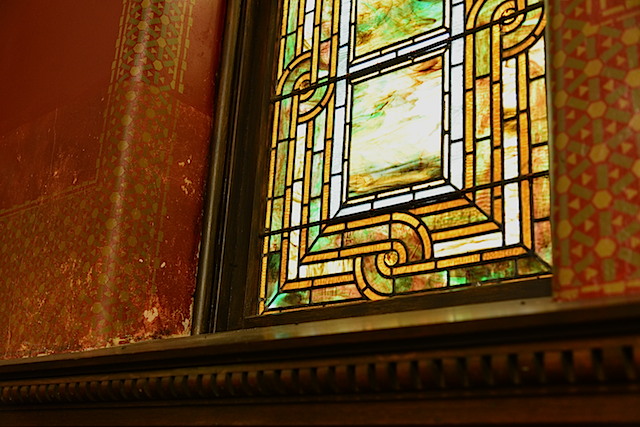 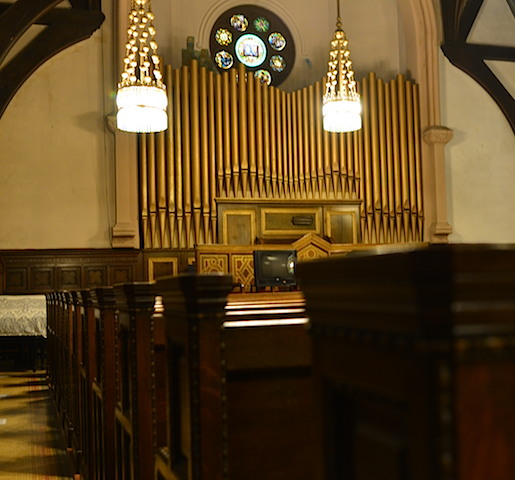 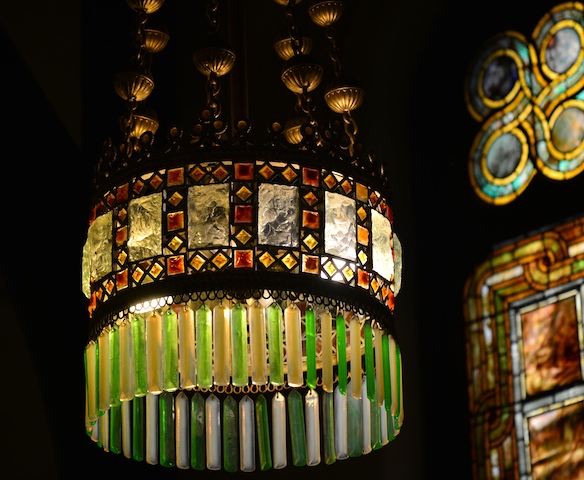 He was a painter that traveled all over the world during his career. The many artists he met in his journey influenced his painting and art. His quote about beauty is found outside the chapel in one of the informational bulletins:

“God has given us our talents, not to copy the talents of others, but rather to use our brains and imagination in order to obtain the revelation of true beauty.”

Indeed when you look closely at the stained glass windows, ceilings, pews, pulpit and chairs, they were exceptionally well designed. This is the only  chapel in America that has the extremely rare Tiffany’s early artwork. In fact it is the only chapel with a complete interior designed by Louis Comfort Tiffany except the plaster relief mosaic by J.A. Holzer, Tiffany’s master craftsman. 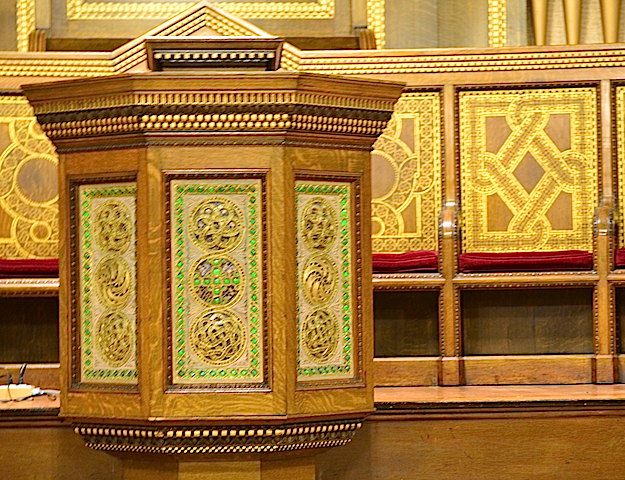 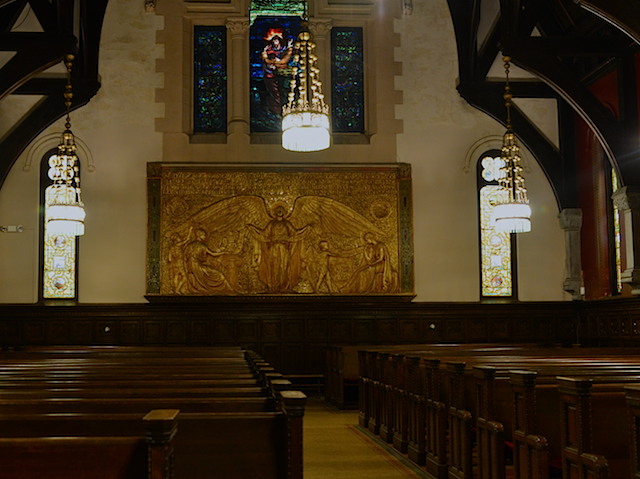 At the front of the chapel and above the organ is the nine-paneled rose window. In the center circle of the rose window is a seal of the General Assembly of the Presbyterian Church of USA and the words, "Word of God" with a symbol of the cross. The outside circles are symbols of four evangelists and the Star of David. 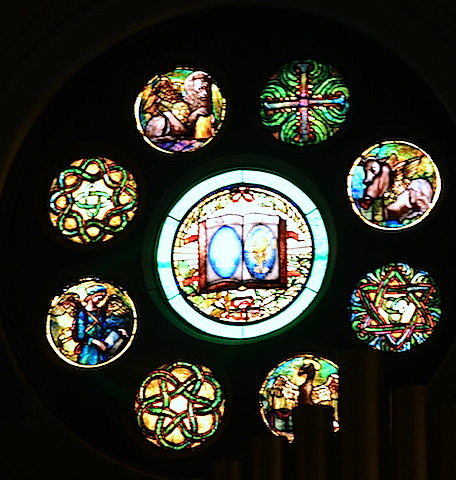 There are 14 ornamental stained glass windows with two side windows in the front, each with a symbol of a cross. The other 12 are just patterns without religious significance with abstract geometric patterns found mostly in Tiffany’s early works. 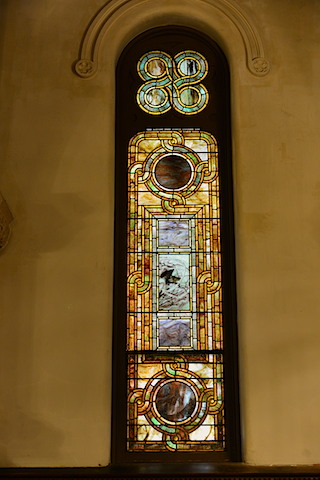 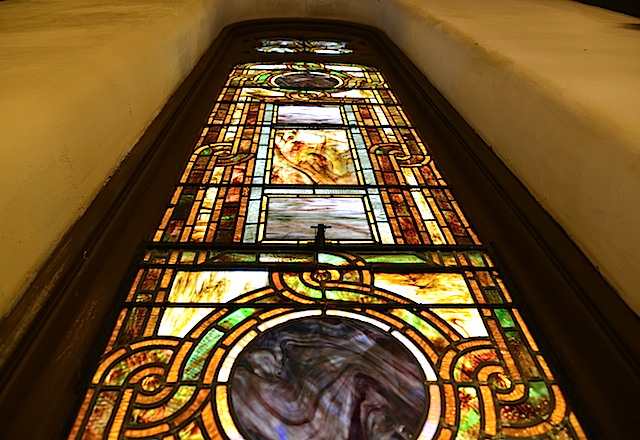 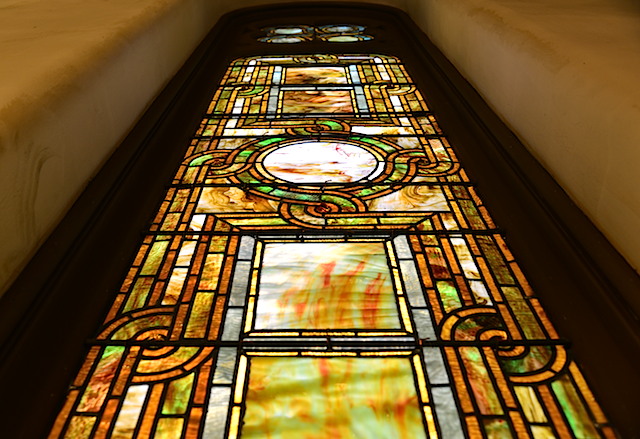 Tiffany Glass designed the entire interior of the chapel including the pew, pulpit, mosaic floors, the walls and the nine leaded glass chandeliers. Each of these chandeliers is jeweled with alternative white and green prisms. The middle chandeliers were different from the side chandeliers. 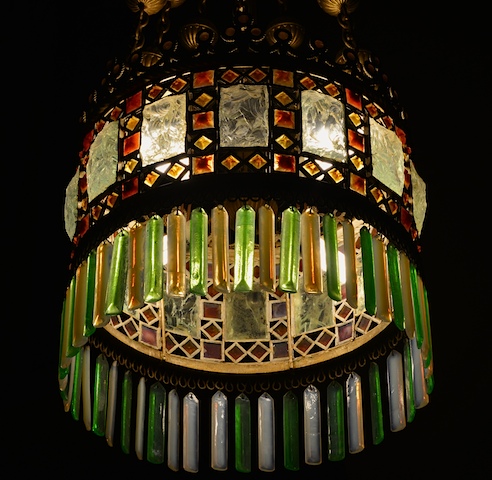 The original colors of the mosaic floors still retain its colors of maroon, blue and gold. All the furniture is made of oak. The professors used the chairs on the stage since the chapel was an education institution for students to practice their sermons. It was not an actual place of worship. 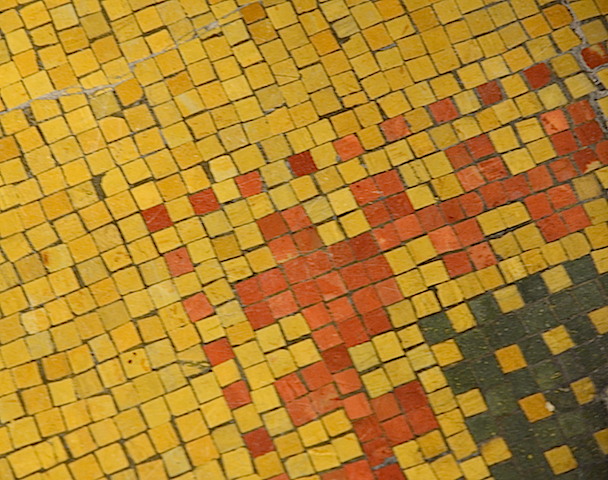 The focal point, on the south wall opposite the rose window (north wall) is the large memorial window – the Christ Sustaining Peter on the Water picture taken from Matthew 14:24-33. Below it is the gilded plaster relief and glass time mosaic by J.A. Holzer. 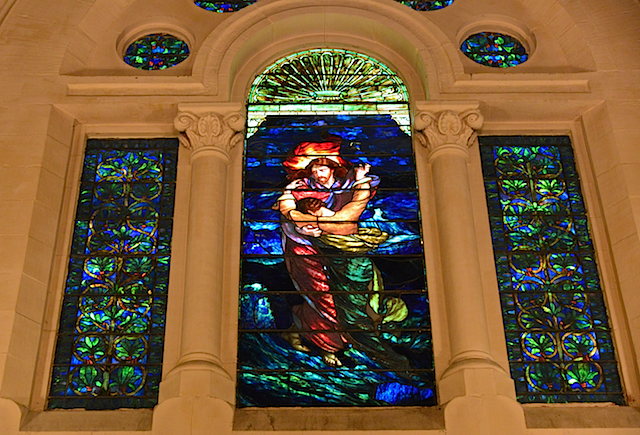 The 19th century tracker organ was so beautiful and I asked for permission to try the keys. However permission was not granted. The organ was designed and crafted by Steere and Turner for the Willard Memorial Chapel. 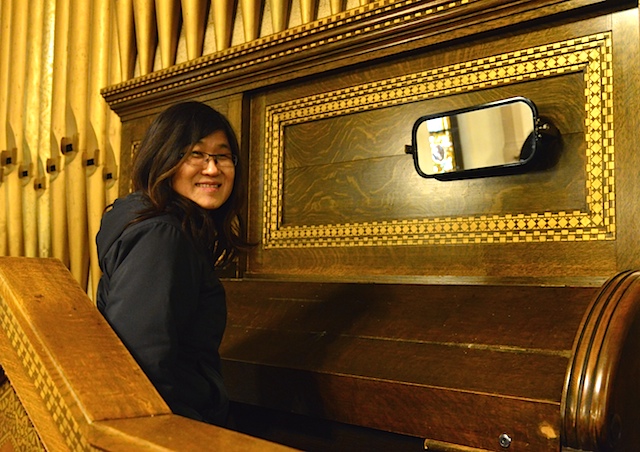 I read on Tiffany and Co.’s website that Louis Comfort Tiffany was a world leader of the Art Nouveau movement. He is revered for his fanciful jewelry as well as his stained glass lamps and windows that brighten museums, banks, hospitals, hotel lobbies and more. (Source: Tiffany and Co.)

I'm glad this art has been preserved for the next generation.