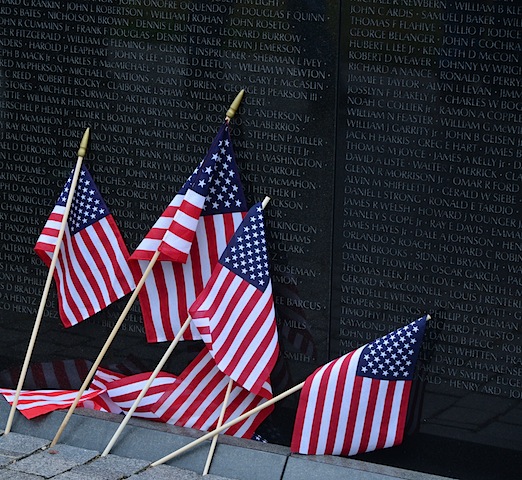 “Freedom is not free!”

We have heard that statement but it was not until I walked the second time (the first was 14 years ago) towards the Vietnam Memorial and Korean Memorial did it hit home. Each name on the wall was dearly missed and to some the memories still linger... 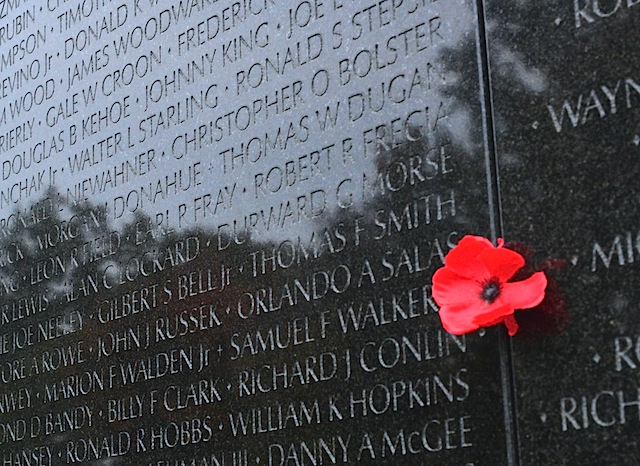 A week after returning from South America, I had the pleasure of visiting Washington D.C. with my husband and two teens. In Washington D.C. everything is about politics, national pride and memories of past leaders and heroes. I marveled at the beautiful monuments, historical buildings and stunning architecture of our nation’s capital.

Perhaps the most memorable experience for me on this trip was the morning when I walked with my family and loads of tourists, mostly elderly men on wheelchairs and their families through the Vietnam Memorial. Picture this in your mind: the loss of lives, the anticipation in the hearts of moms and dads, sons and daughters and the lonely nights that wives and husbands had to go through because of their service for our nation. 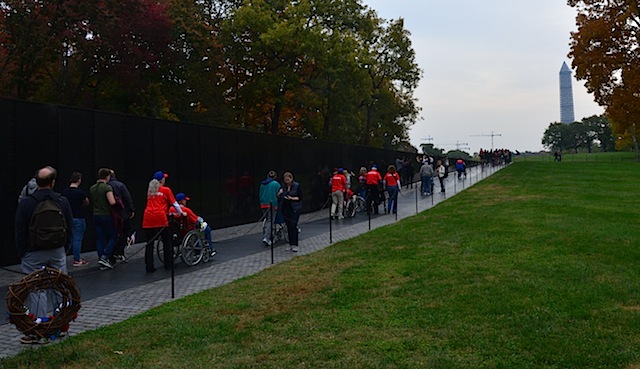 Seeing men and women pointing to names inscribed on the black walls and taking photos while pointing, men on wheelchairs with red t-shirts from Kansas staring into the distance after looking at the names on the wall- these people sparked a deep sense of gratitude and honor inside of me. Many times I choked back tears looking at the faces of men on wheelchairs. 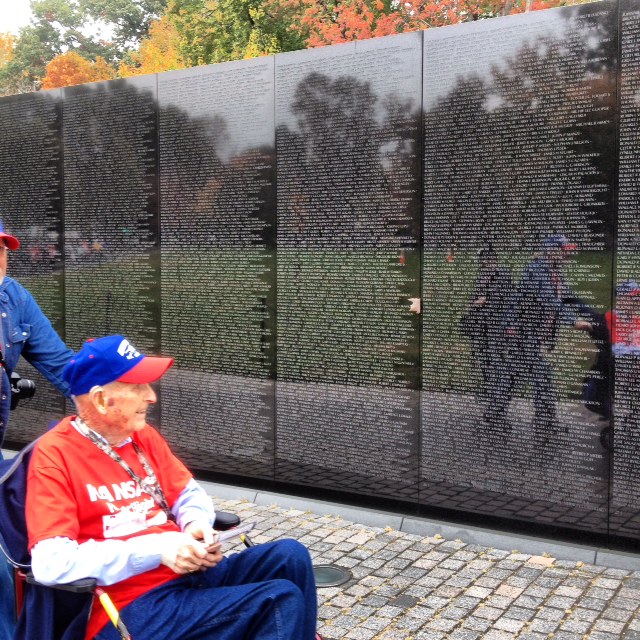 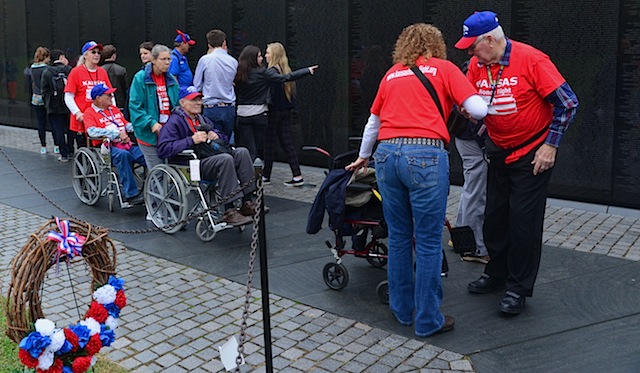 Washington DC was a great place to get acquainted with America, our homeland following eight months in South America. After visiting several memorial parks and museums, the extraordinary nature of Washington D.C. gave way to national pride and a new sense of patriotism rose inside of me.

If you are an American and have not been to Washington D.C., I highly recommend a visit. It is free to visit all the memorial parks, national monuments and most museums. Be sure to visit the following memorial parks and monuments in the heart of the city: 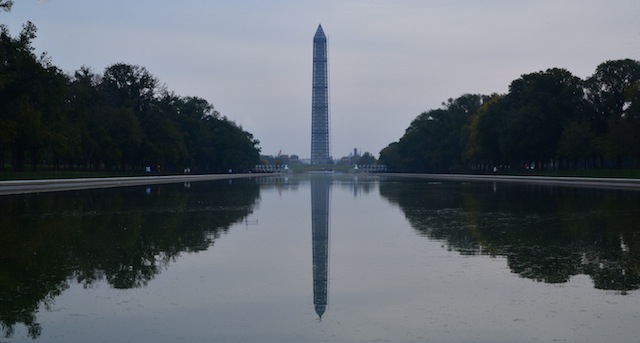 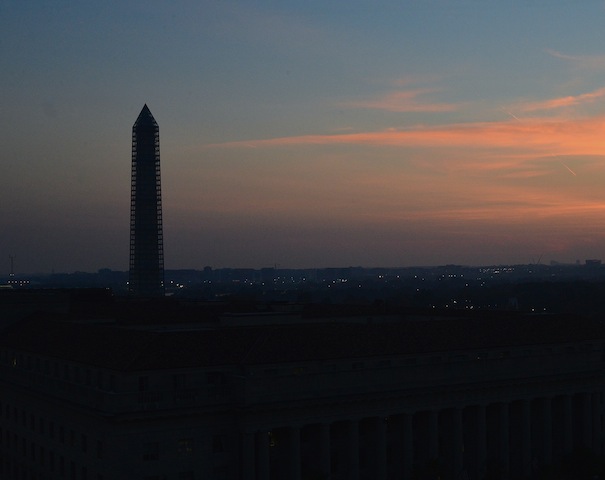 The monument was under construction during our visit. It is located between 15th and 17th Streets and between Constitution and Independence Avenue. It pays tribute to the first president of America. Free tickets are usually issued and required to visit the monument. 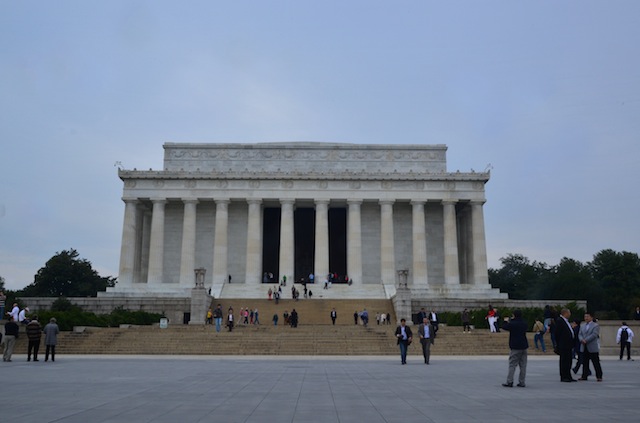 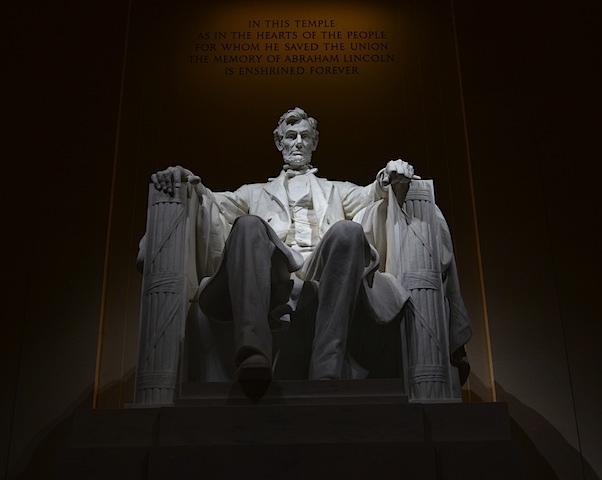 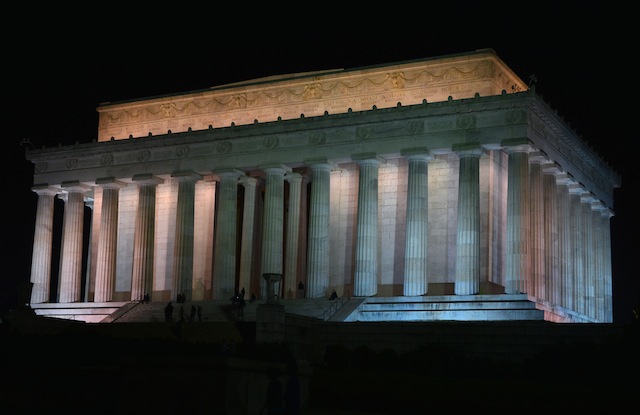 This majestic looking structure pays tribute to “The Great Emancipator” and savior of the Union, President Abraham Lincoln. It is located on Independence Avenue and Daniel Chester French Drive NW. We visited the memorial during the day and at night. In my opinion the illuminating light at night gave a sense of awe of Lincoln. When we sat at the stairs of the memorial we could see the Washington Monument. 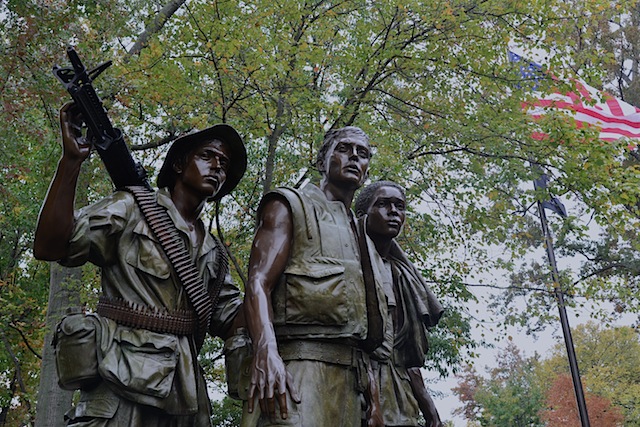 Located at Constitution Avenue and Henry Bacon Drive NW, the Vietnam Veterans Memorial is a place of healing and remembrance for men and women who lost their lives in Vietnam War. It is a quiet place and solemn walk from one end to the other.

The Three Servicemen Statue and Vietnam Women’s Memorial are located near the wall. 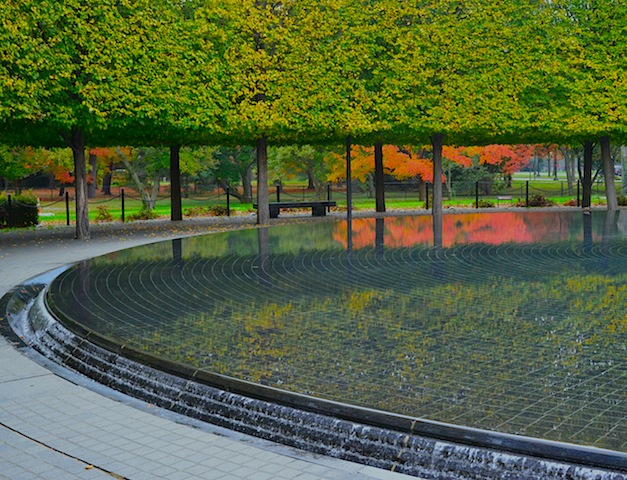 This memorial shows men in their uniform sand weapons looking grim. It has perfectly manicured trees and sitting areas with a pool for contemplation. The memorial is located in Independence Avenue and Daniel Chester French Drive SW, close to the Lincoln Memorial. 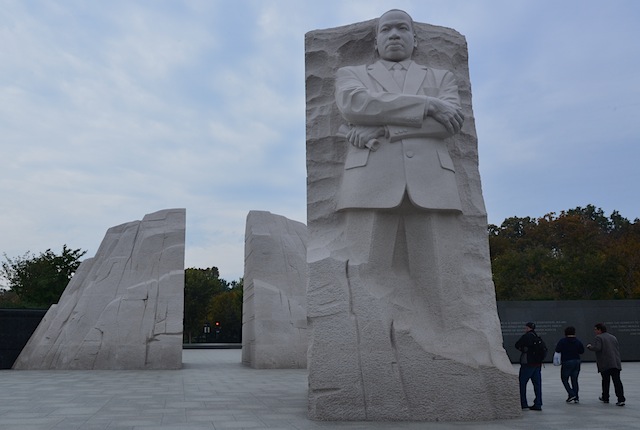 This new addition in Washington D.C. is a massive granite sculpture with Martin Luther King Jr.’s quotes inscribed on both sides of the walls by the entrance. It is located at Independence Avenue and West Basin Drive S.W. with a view of Tidal Basin. 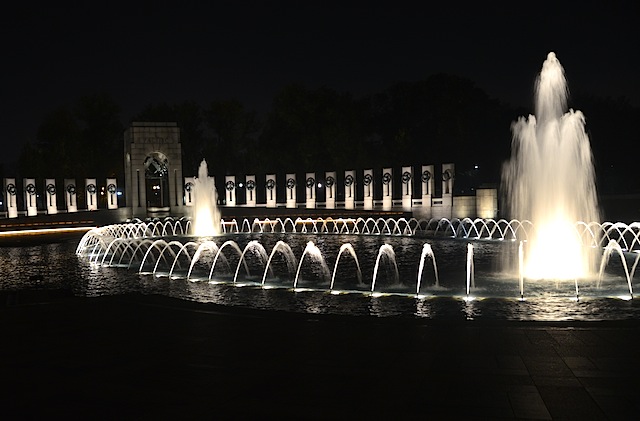 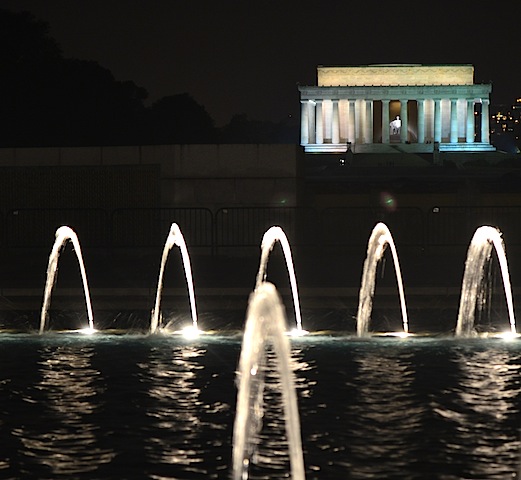 This impressive memorial is located at 17th Street and Home Front Drive S.W. to commemorate the spirit of unity in the defense of our nation. It shows and honors the sacrifice of over 400,000 American lives during the second World War. During the nigh,t Lincoln's statue at the Lincoln Memorial is visible from the World War II Memorial. 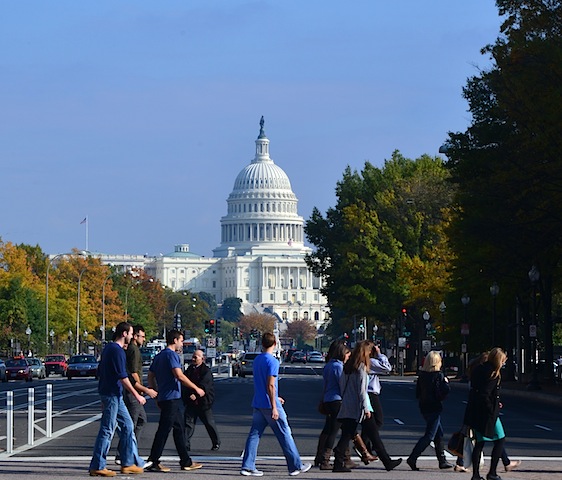 The Capitol Building is an important symbol and building of America. It is where the House of Representatives and Senate have met in the last two centuries. Started in 1793 and its cornerstone was laid by President Washington on September 18, 1793. 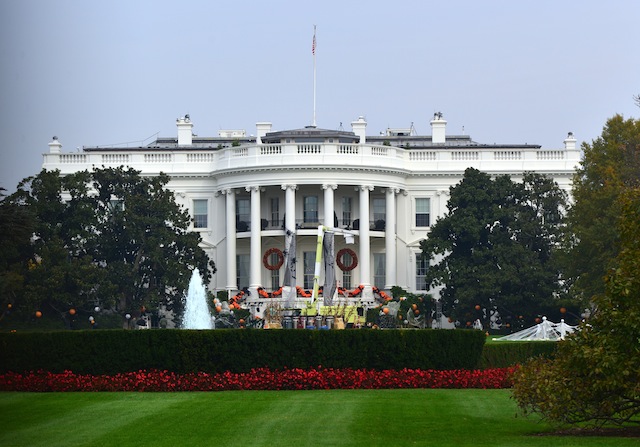 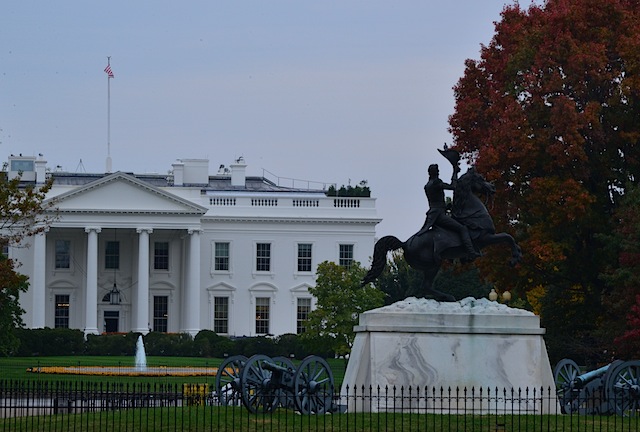 You can tour the White House West Wing with prior written consent. Or just look through the fences from afar like what we did.

Nine: Botanic Garden
The United States Botanic Garden has been in continuous operation and open to the public since 1850. It has over 60,000 plants and is one of the oldest botanic gardens in North America. It is located in front of the Capitol Building on 100 Maryland Avenue S.W. and open from 10 a.m. to 5 p.m.

During our visit, the Botanic Garden had a special exhibition called Thousand Bloom Chrsysanthemum, known as Ozukuri in Japan. It is a single chrysanthemum plant producing 1,000 perfect blooms. It is a rare art of growing chrysanthemum. There are only two in America, the other is in Longwood Gardens. 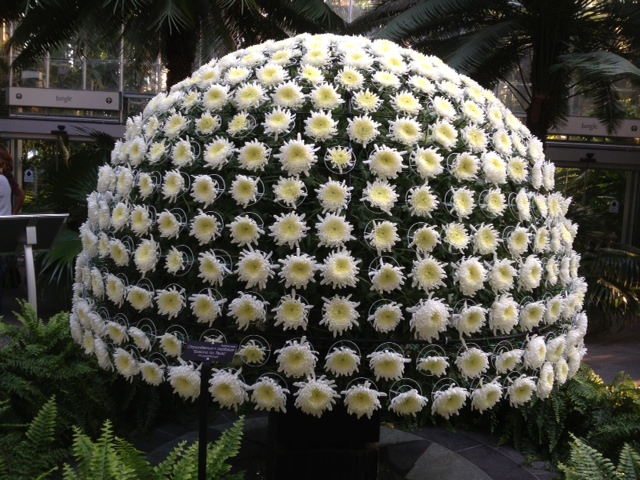 It is free and for more information visit www.usbg.gov. 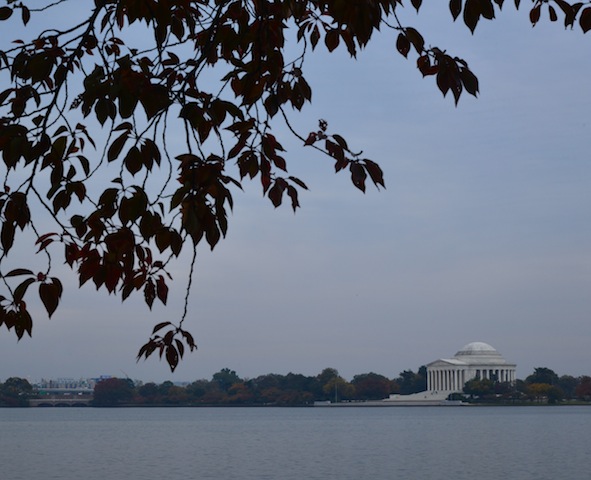 I didn’t visit both of these memorials. However we will in the near future. These are two of the must-see memorials in Washington D.C. Two more recommended sites are the Old Post Office Tower where you can view downtown Washington D.C. from the 12th floor and Ford’s Theatre National Historic Site to learn more about Civil War.

We walked and visited all these memorials and famous sites without joining a tour or hiring a vehicle. You can easily create your own walking tour using all the maps and travel information found on the website shared above.

While we were there, demonstrators were in front of a hotel where the Iraqi’s Prime Minister Nouri al-Maliki was staying. Inconveniences and roadblocks are the norms for drivers in Washington D.C.

Have you been to Washington D.C.? What are your thoughts?