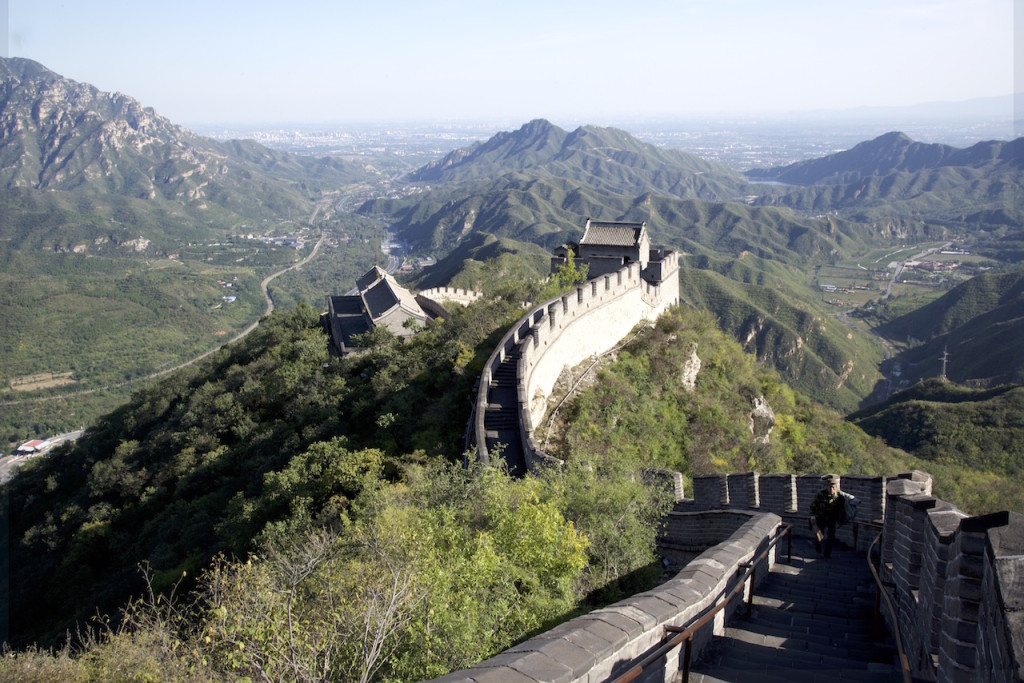 My plan was to hike the remote and seldom visited part of the Great Wall somewhere outside Beijing. When my sister in Shanghai wrote about the potential crowd in Beijing and the need to get away before the Golden Week holiday I had to change my itinerary.

We arrived in Beijing on September 26, four days before October 1st- the busiest travel date in China. If you are in control of your travel schedule you must avoid traveling in China's major cities and tourist attractions during the Golden Week from October 1 to 7. In fact every year by September 30 local tourists begin to travel by busloads to major cities like Beijing or back to their hometown. More travelers flock to the already crowded city trains, flights and buses during these bi-annual Golden Week Holidays- one during Chinese New Year and the other during the National Day celebration (October).

While in Moscow we made a decision to reserve the high-speed train tickets for September 28 cutting a seven-day Beijing visit to just two full days. “Blame it on the Golden Week” I told my husband as we calculated the amount we had to pay for four first class high speed train tickets from Beijing to Shanghai.

So the plan of supplementing the usual Badaling section of the Great Wall with a camping and hiking trip in the less traveled Great Wall route was immediately banished.

At 8:30 am Sheila the guide came to meet us at the lobby of Botai Hotel Beijing on Jiaodaokou Nan Dajie. The Trans Mongolian tour we purchased from Tucan Travel had included two nights stay at this three-star hotel located two miles from Tiananmen Square. The driver was waiting inside the air-conditioned van a block away. Parking was limited on the busy Jiaodaokou Road.

I was pleasantly surprised as I walked out of the hotel lobby to see the sun penetrating through the blue sky. It was very unusual in Beijing to have such a lovely and perfect day without smog. Sheila announced that the driver would take the newly constructed Badaling Expressway. She continued saying not many tour guides and drivers knew about the “grand opening” of Badaling Expressway. “Let’s hope the traffic isn’t as bad as the old highway. You may be lucky today!” she added.

Indeed we were lucky. It was so smooth that we arrived earlier than expected. Sheila decided to take us to the Ming Tombs first before the Great Wall climb. The Great Wall is usually crowded in the morning.

Ming Tombs is a UNESCO heritage site with 13 Ming Dynasty imperial tombs located at the foot of Tianshou Mountain. The tombs were built in the course of about 200 years from 1409 to 1644. Only four of the tombs are open to visitors- Changling Mausoleum, Dingling Tomb, Zhaoling Tomb and Changling Sacred Way. 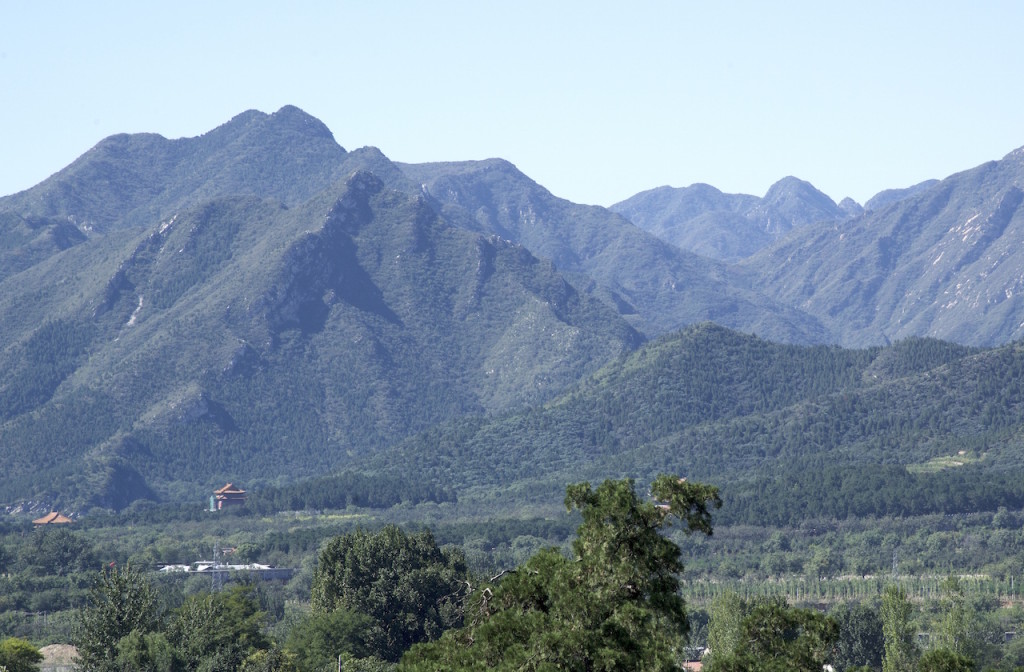 Some of the tombs at the foothills 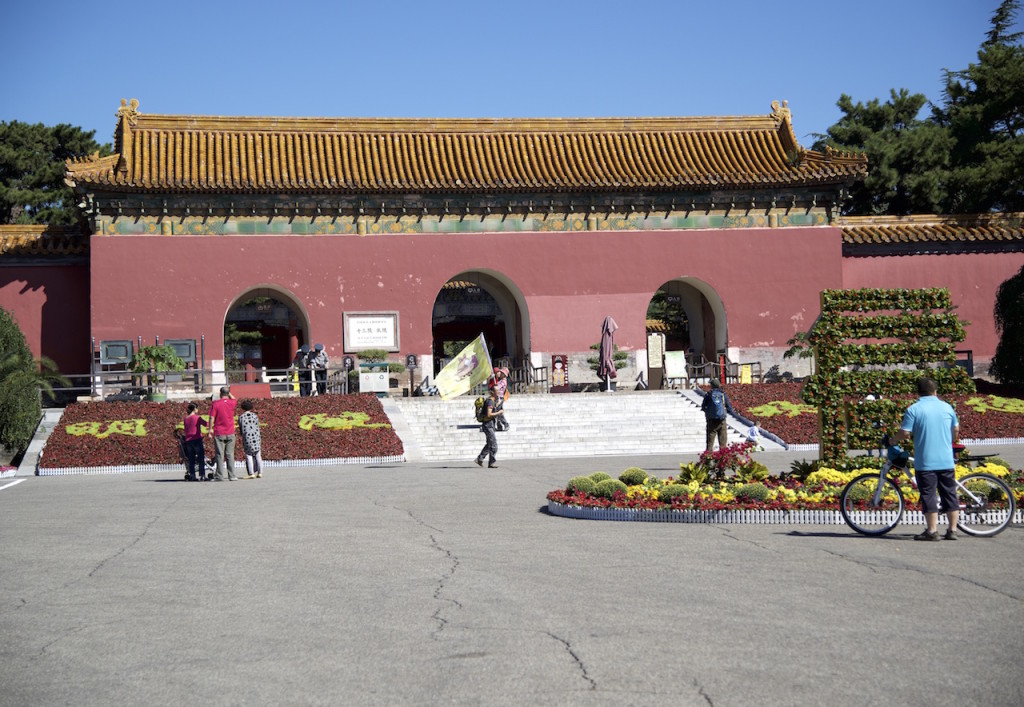 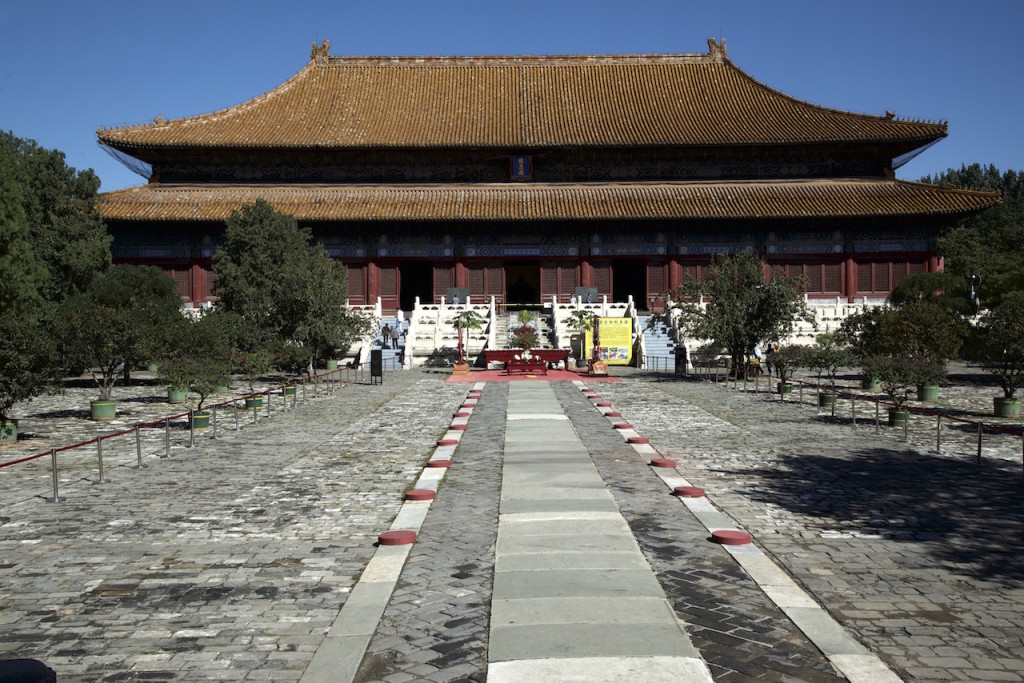 After the visit to Ming Tombs, Sheila announced our scheduled lunch would include a Jade Factory tour. That meant shopping was part of the itinerary. Needless to say she had a cut if we made purchases at the showroom. A guide met us at the main entrance and gave us a short tour about Chinese jade. Then, a gentleman who spoke perfect English and had never been to the Great Wall of China did his sales pitch. 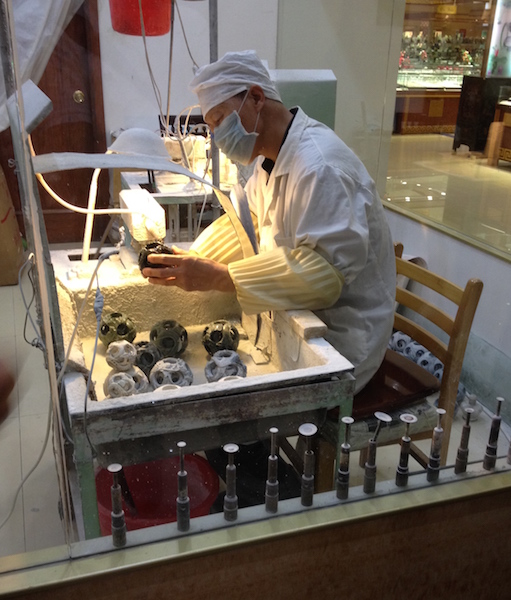 We simply didn’t have a choice with the lunch menu when the food began to arrive once we found our seats. My Chinese speaking skill came in handy in Beijing. I inquired about the “other” room where the local tourists ate. 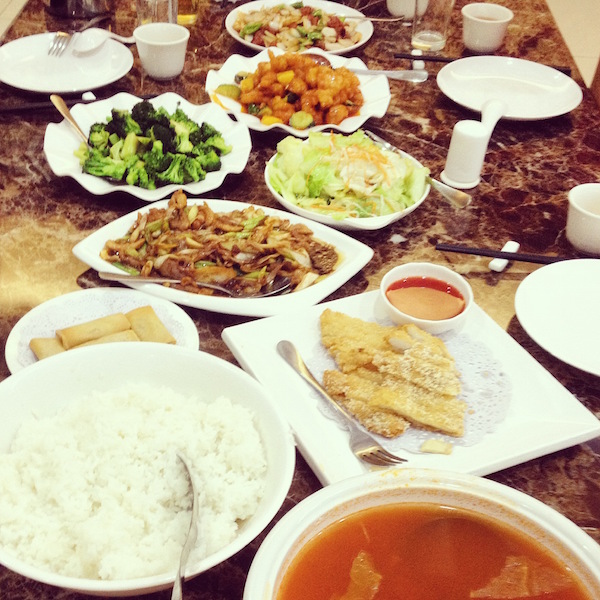 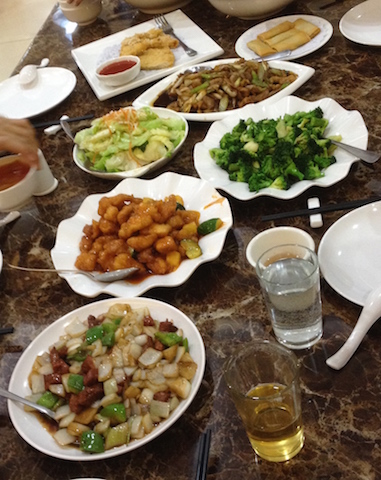 Then I remembered I was a tourist to the Great Wall. I’m not camping or hiking the roadless traveled Great Wall. By lunchtime we hadn't step foot on the Great Wall yet. Sheila was in no hurry like I did. She asked if I would like to purchase the jade earrings for my daughter. Obviously the answer was “no, thank you!” 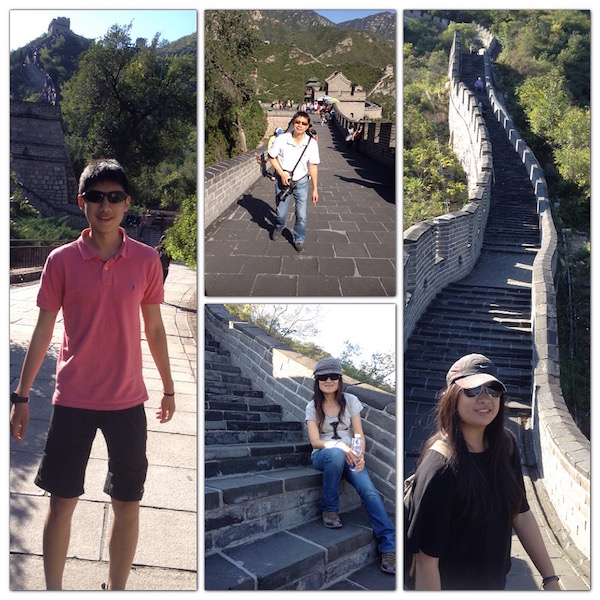 Climbing the Great Wall was not an easy task for me but it was worth it. Every step I took brought me to better views of the mountains and shows me the vastness of the walls. 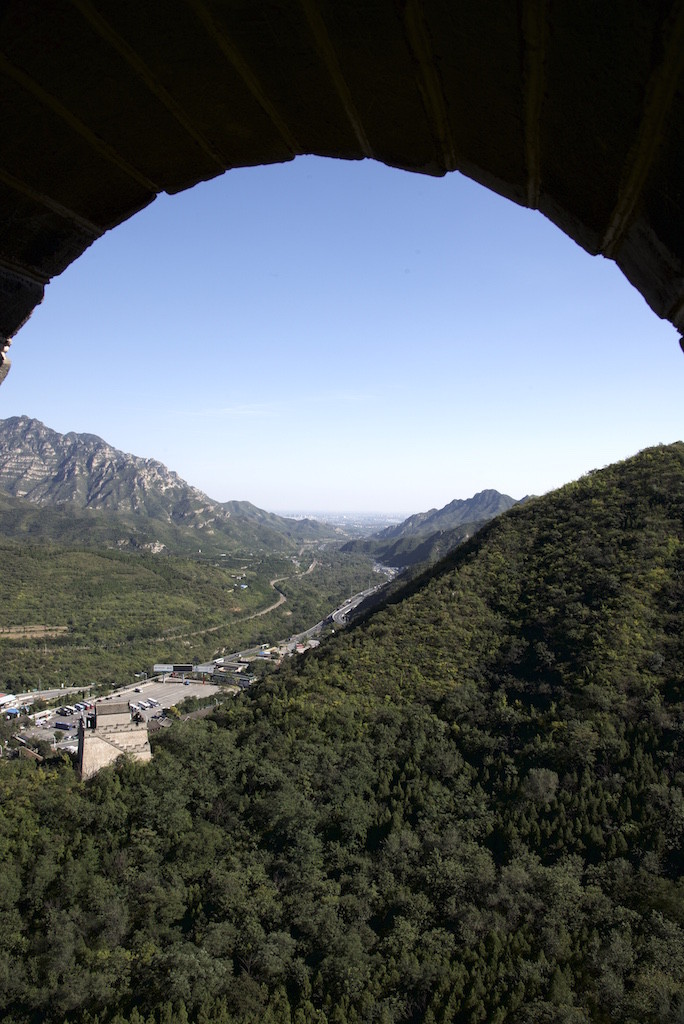 From one of the watchtowers 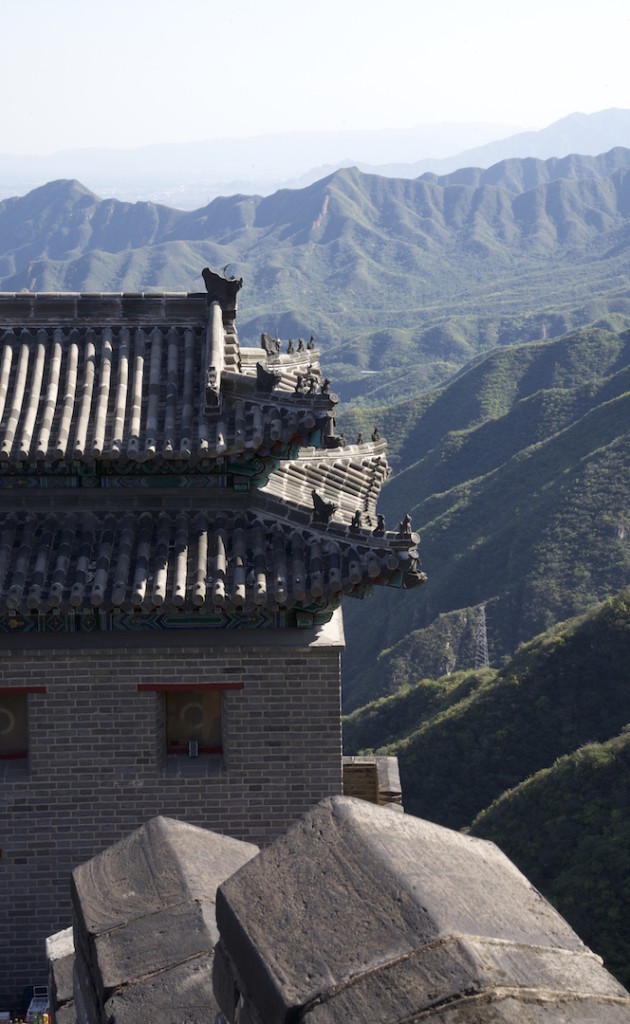 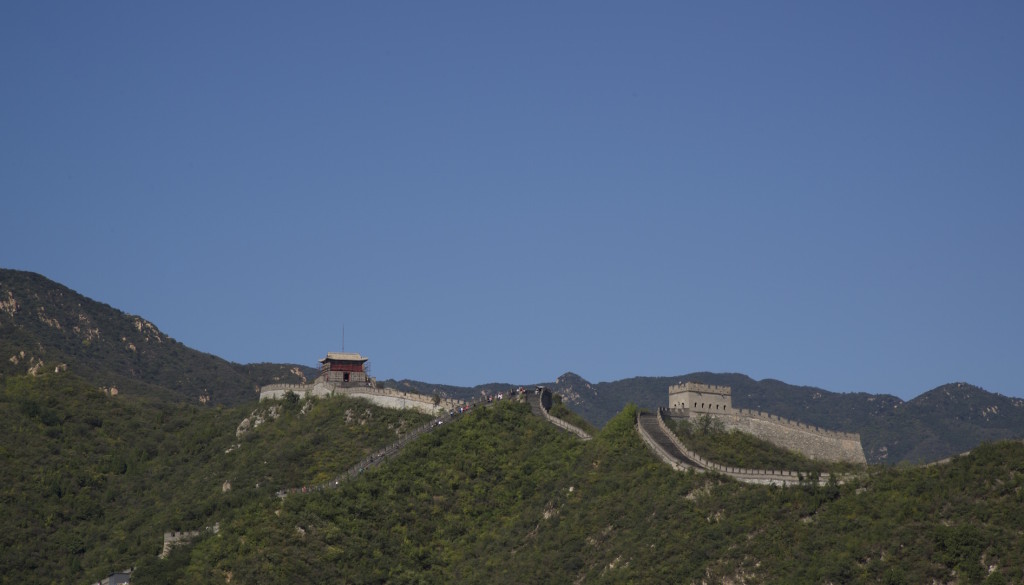 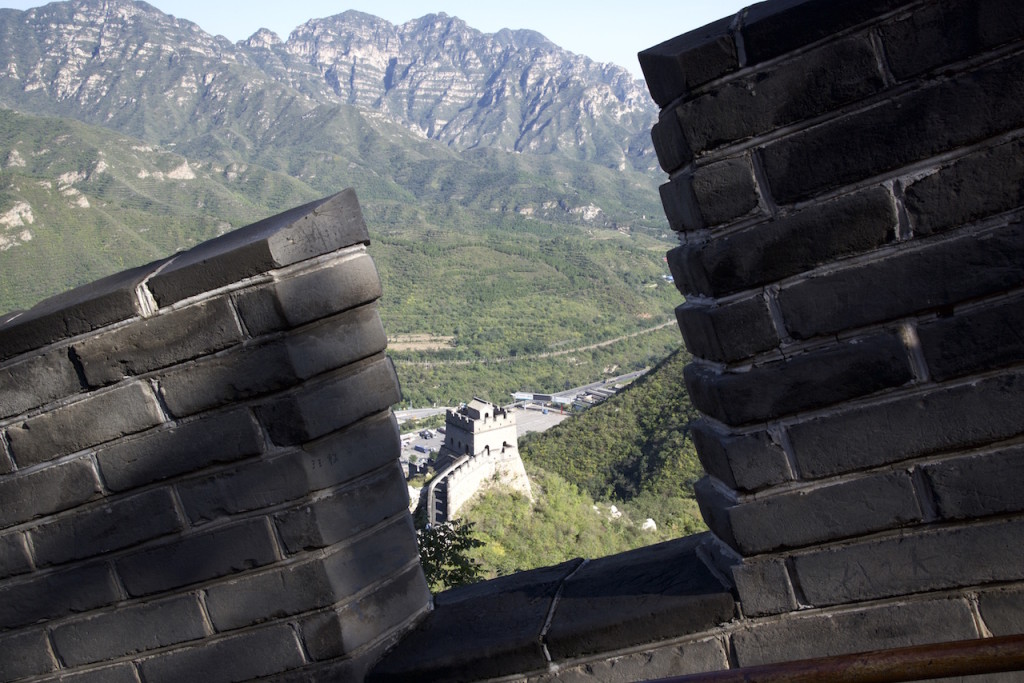 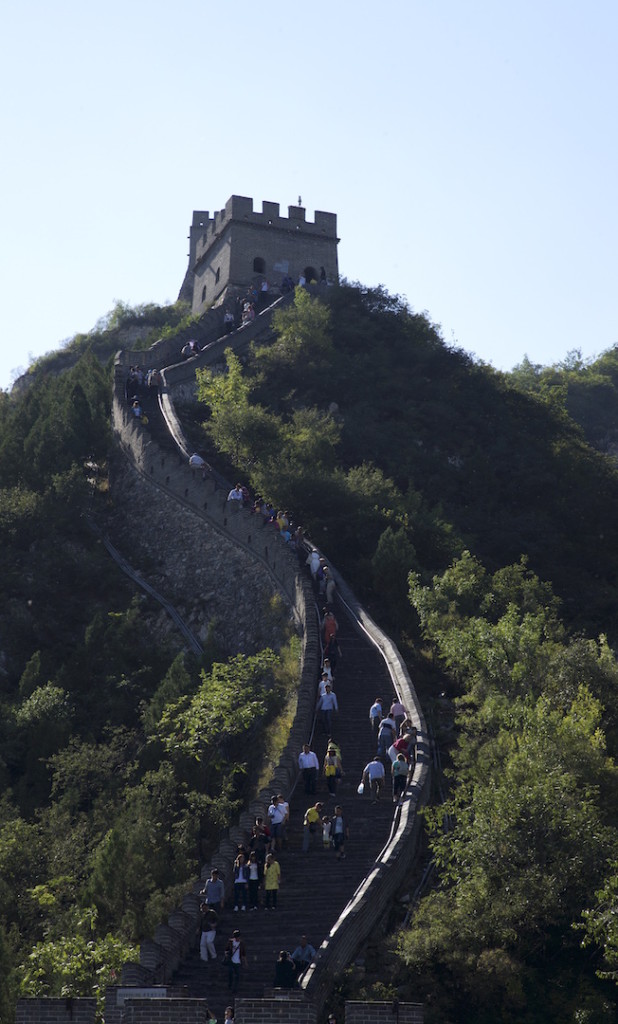 You’ll need comfortable and good walking shoes because the steps are steep and certain parts are quite narrow. Cable cars are available for those who can’t handle the slope and steep stairs. Or take a look at the sign below for more precautions. You only need half a day to visit the Great Wall. It’s best to combine this tour with a visit to Ming Tombs. Badaling Great Wall was constructed during the Ming Dynasty. Emperor Qin Shi Huang had the idea of a wall of such magnitude in the third century B.C. 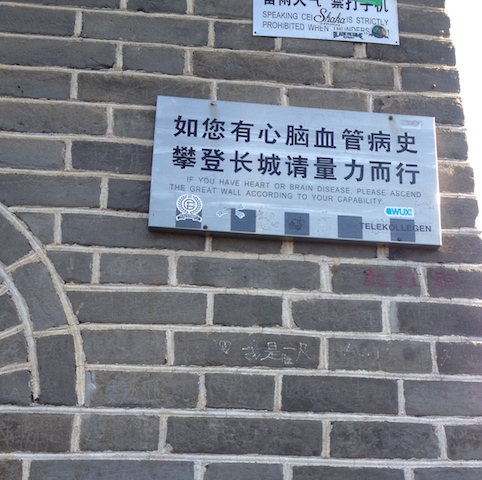 My first hand experience at The Great Wall has given me every proof and reason why it should be in everyone’s travel bucket list. If you are into collecting UNESCO World Heritage Sites to visit, Ming Tombs and the Great Wall should both be on your list. Sheila got a big tip for the day despite the lousy lunch and shopping stop. She brought us to the Great Wall at the perfect time when it was least crowded. And I had to thank her for the rare blue sky! 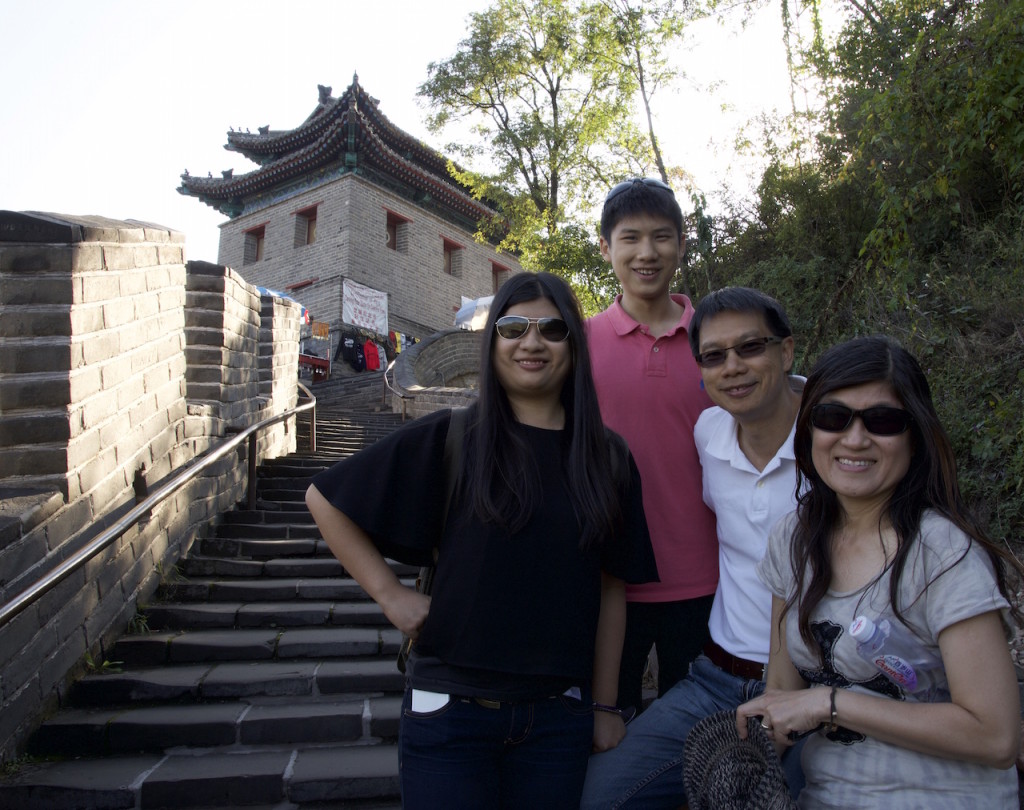 Tip: Use the toilet before hiking the Great Wall.