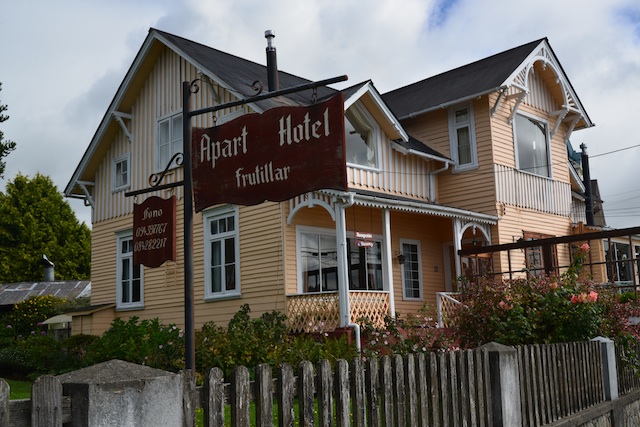 The shops, cafes, and restaurants have signs in both German and Spanish, showing Frutillar's German heritage. Signs for Kuchen (German cake) are found in every cafe and restaurant in Frutillar. 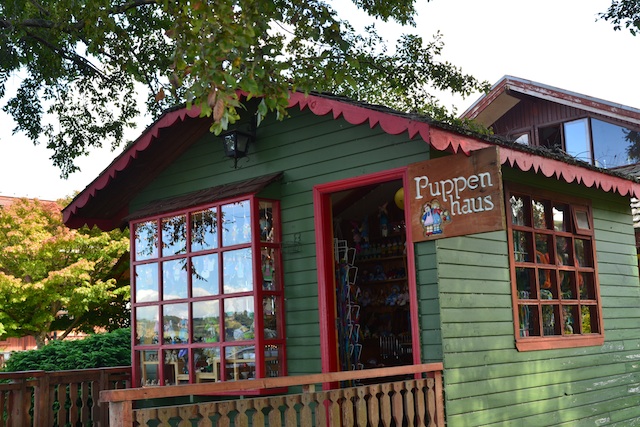 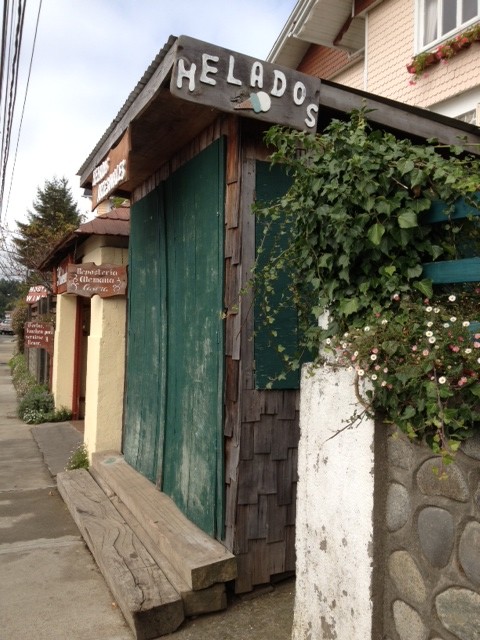 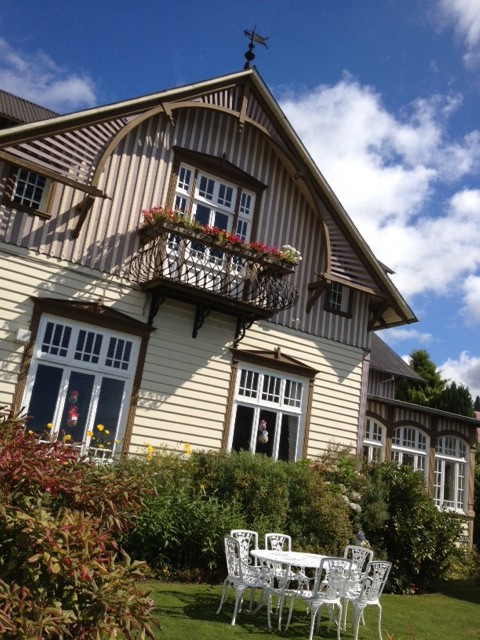 House with a garden in Frutillar 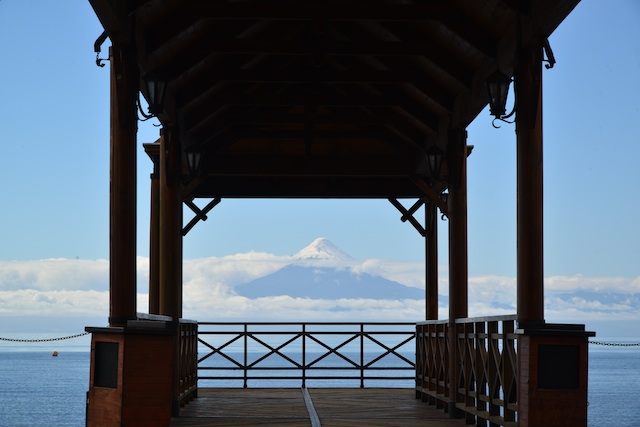 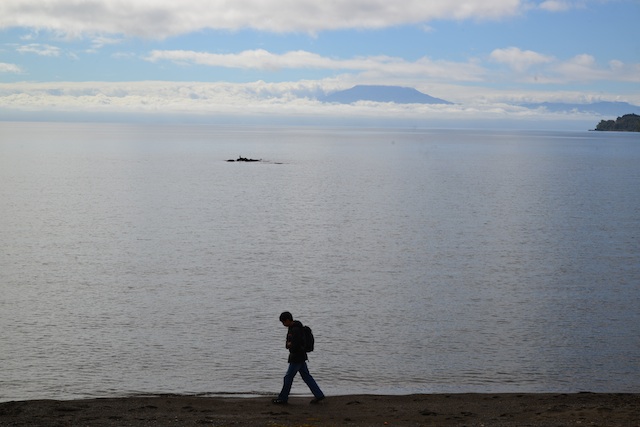 My son walking along the black sandy beach 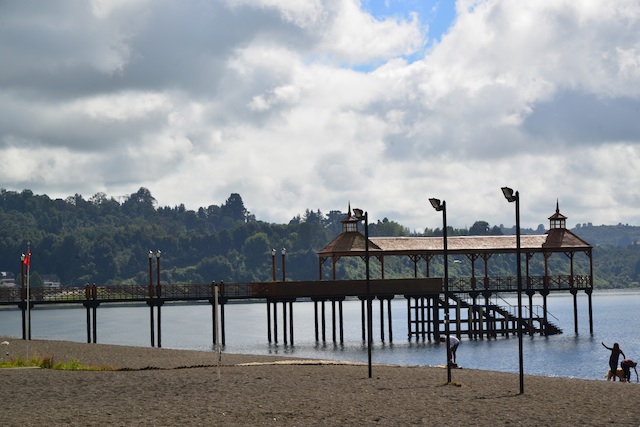 Frutillar is known as a City of Music. German immigrants brought their passion for music with them when they settled in Frutillar. In every summer since 1968, the town has hosted a 10-day event called the Frutillar Musical Weeks (Semanas Musicales). This event features local and international classical music artists. You can see music sculptures in the garden facing the lake. Here are two examples: 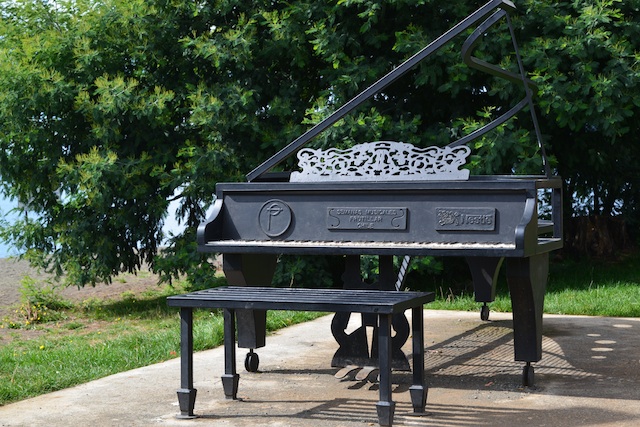 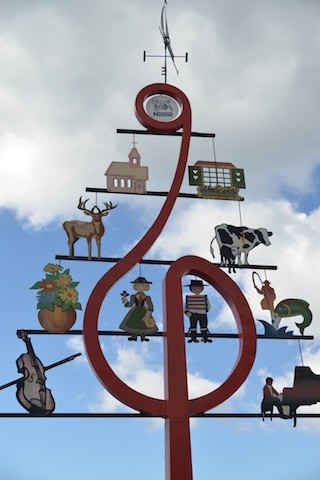 But the most impressive musical building is the Teatro del Lago Sur. It is the southernmost opera house in the world. For Frutillar, Teatro del Lago Sur is a massive building. The theater was completed in 2010. It has a 1,000-seat concert hall and smaller halls inside the building. At the time of our visit, Yo Yo Ma was scheduled to perform. We visited this world-class performance center and took a few photos: 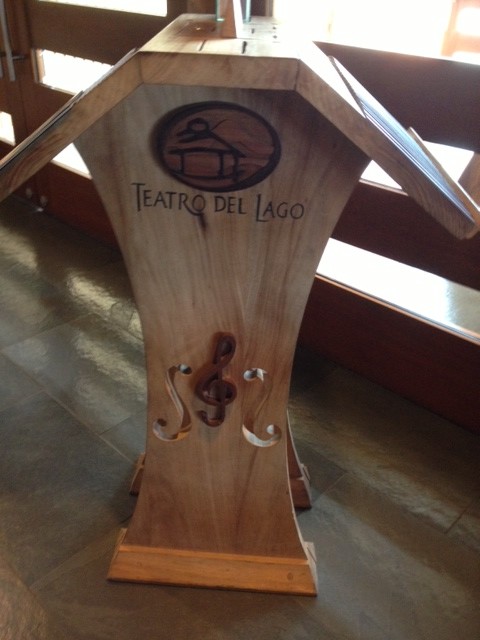 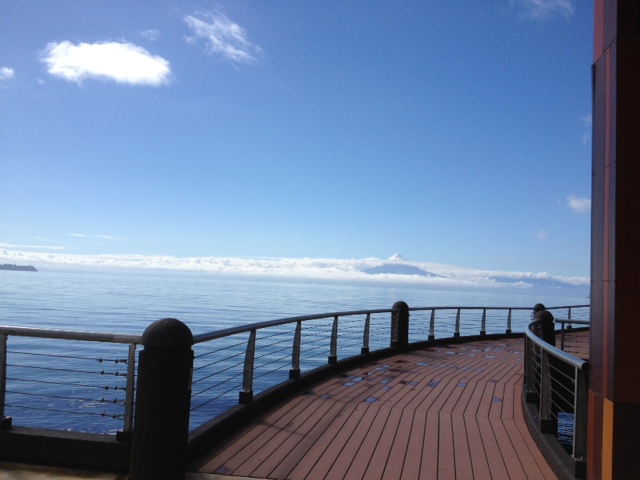 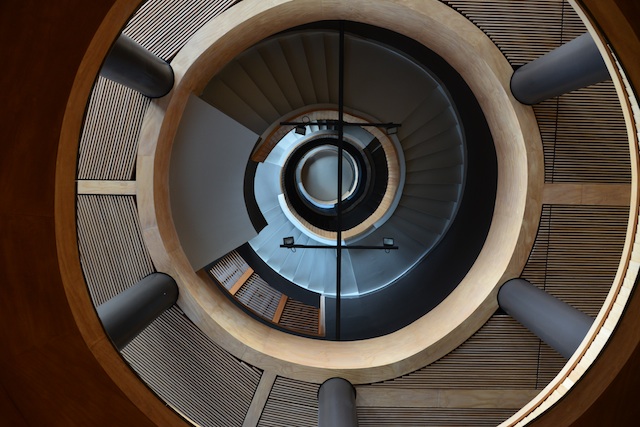 We visited a boutique hotel called Ayacara, located just across the street from the lake. This would be the best hotel to stay in if you are looking for a comfortable and luxurious place with the best views, and a short walk from the theater. There are only eight rooms in this boutique hotel, which was once a private home. 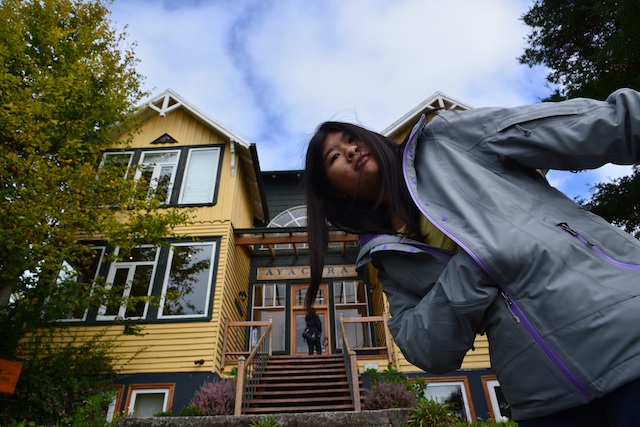 Ayacama Hotel and my daughter

This German-inspired building with a huge clock in front is the O'clock Restaurant. It is a cozy spot for lunch, coffee or beer. 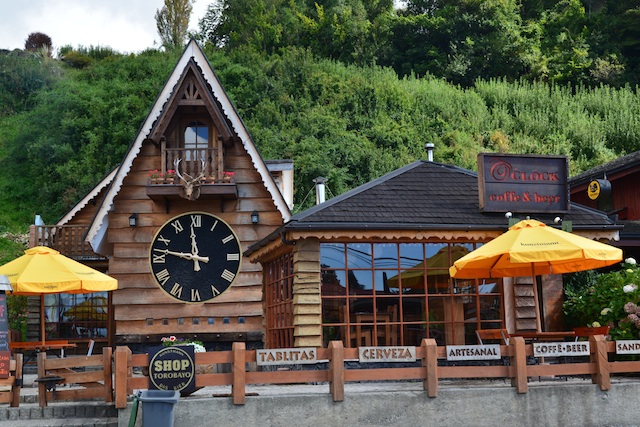 German settlers started coming to this area in the 1800s. It started with nine families at the bank of the Bueno River. The man behind the growth and development of Frutillar was the German-born Bernard Eunom Philippi. He was a sailor, military man, and traveler. Frutillar's main street is named after him.

Most immigrants who came to this region were farmers, craftsmen, and merchants from the Hessen, Schlesien, Wurttemberg, Bohmen, Westfalen, Brandenburg and Sachsen regions in Germany. They settled along Lake Llanquihue and in Frutillar. One historic site to visit to learn about the early German settlers is the Museo Historicio Aleman (German Colonial Museum). It is a museum with reconstructed houses, a water-powered mill, a farmhouse, graves, a blacksmith's house and gardens. 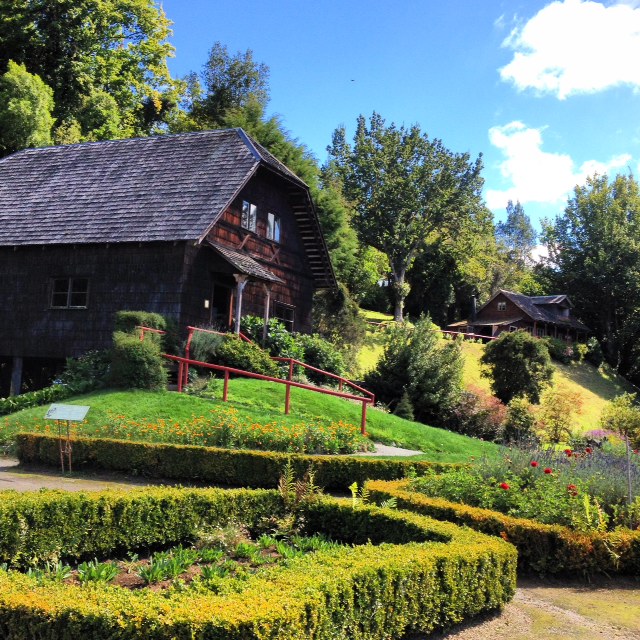 Frutillar is worth a visit if you are visiting Puerto Varas.

Note: The original article was written on  April 16, 2013. This is an updated version.