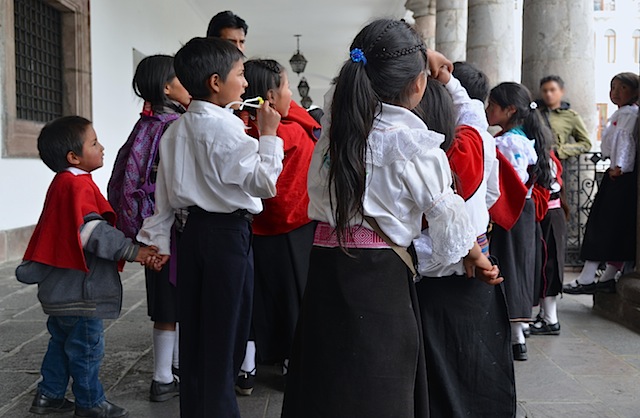 During my visit to the President Palace in Quito, I met a group of school children visiting from the Ambato province of Ecuador. These are precious children and the future of Ecuador. I don’t know their background but was told they are from an indigenous group.

They were crowding around us to take photos and to look at the screen on our cameras. They had so much fun. My heart goes out to each of them, for their safety from physical, emotional or verbal abuse. That they will stay excited and beautiful inside without being blemished by the sickness of our society and the calamities of poverty. Each will be able to pursue their happiness and get basic education- are able to read and write. 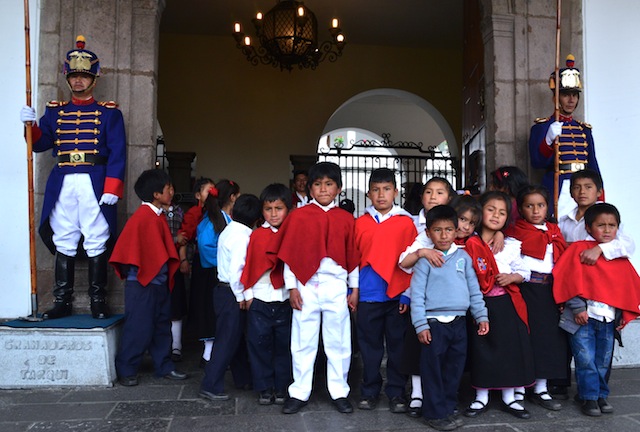 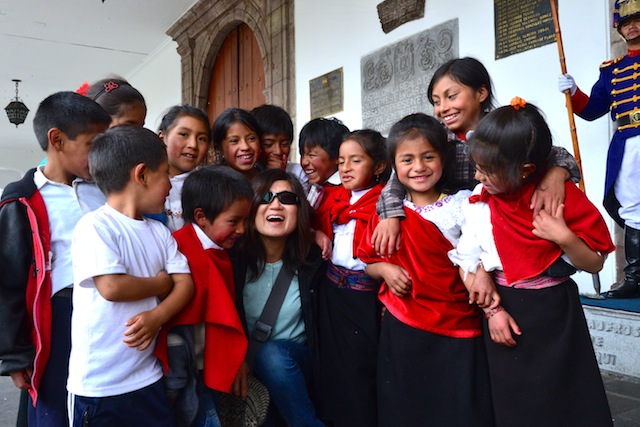 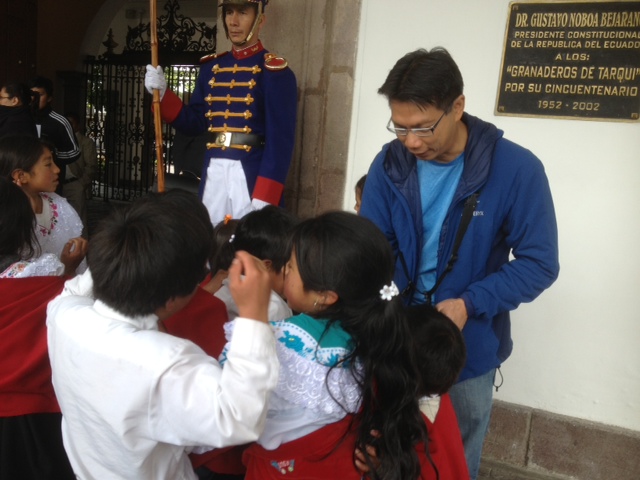 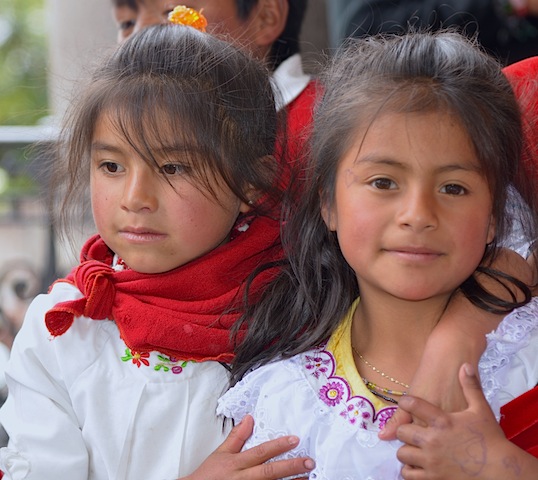 According to UNICEF, children from indigenous and Afro-Ecuadorian families are more likely to grow up in poverty and lack access to education. Malnutrition remains a major concern for children as reported by The World Food Program. It is also being estimated that one in four children under the age of 5 suffer from stunting because of malnutrition. (Source: World Vision)

Here are four quotes about children:

Children are our most valuable resource- President Herbert Hoover

There can be no keener revelation of a society's soul than the way in which it treats its children.- Nelson Mandela

If I could relive my life, I would devote my entire ministry to reaching children for God!- Dwight L. Moody