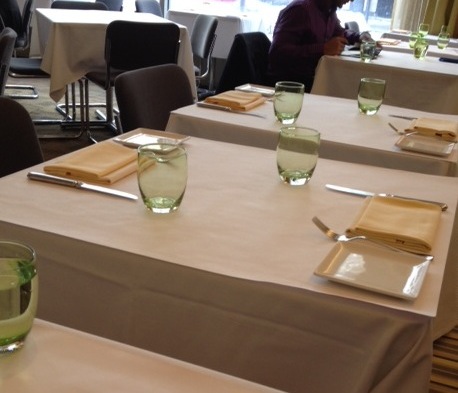 Boulud Sud serves Mediterranean-inspired dishes with a fusion of flavors from Southern France and the North Africa regions. A three-course prix fixe lunch was a perfect way for us to add on different food experiences in New York City. The restaurant’s kitchen is visible from the dining room. The interior design is bright and simple. It was fun to see John Quinones from ABC 20/20 seated across from us… that’s New York City. You’ll never know who sits across, in front or behind you. 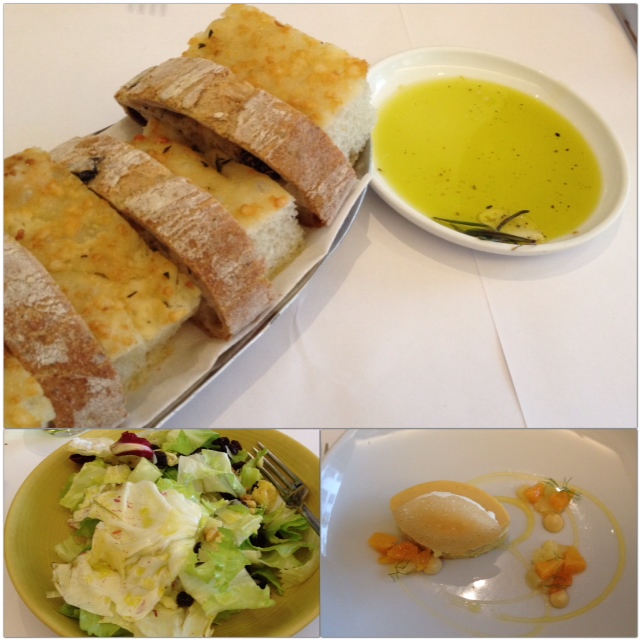 We were given three choices for an appetizer, entrée, and dessert. The Mediterranean mezze appetizer of spicy Moroccan hummus, herb falafel and babaganoush was the best among the three appetizers. If you like soup try the green soup- potato leek soup made with watercress pesto, Parmesan and focaccia crouton. I like the light salad with a citrusy dressing of escarole, radicchio, pine nuts, capers, raisins and citron vinaigrette (photo above). 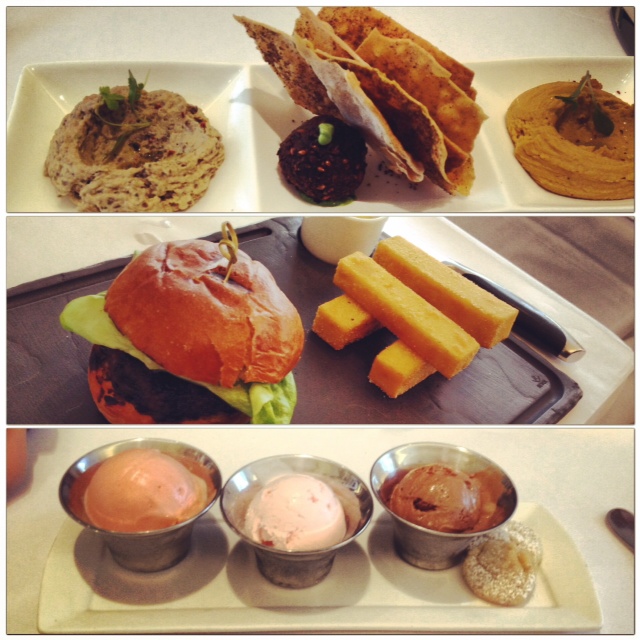 For the entrées we had seared diver scallop salad with arugula, fennel and orange and Boulud Sud’s famous Harissa spiced lamb burger made with eggplant, tzatziki, and Chickpea Panisse. Both dishes were light, non-greasy and flavorful. The portion was good, and I did not feel like I had overeaten. 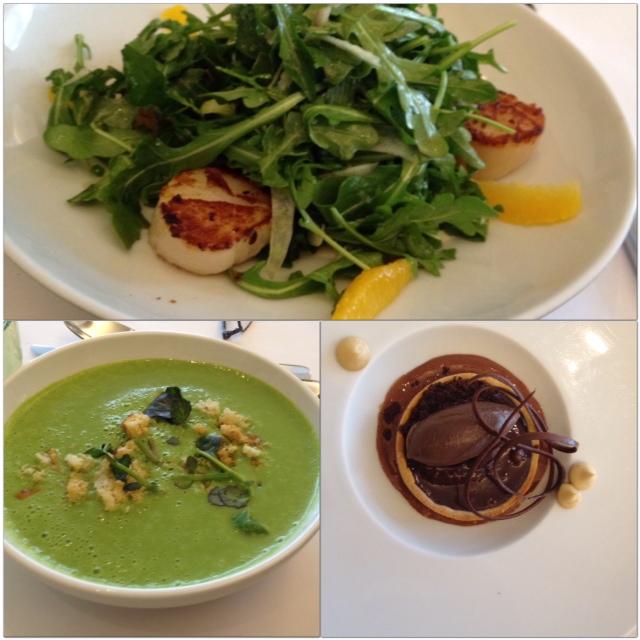 The names of the dishes sound fanciful – indeed they were delicious. The servers were attentive and courteous.

A prix fixe lunch at Boulud Sud is $29 per person. For more information go to their website at http://www.bouludsud.com/

Try Boulud Sud if you are at Lincoln Center.

« Museum of the Jewish Heritage NYC: A Living Memorial to the Holocaust
Stephen A. Schwarzman Building: The New York Public Library »