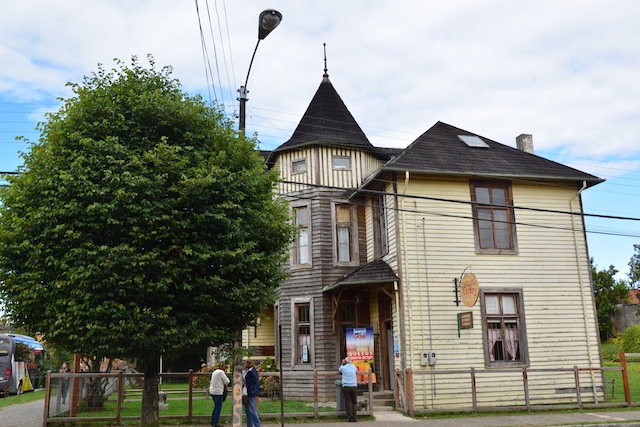 The Lake District is one of Chile's most beautiful regions. Snow-capped volcanoes and views of the deep blue Lago Llanquihue are visible from all the small towns surrounding the lake. Puerto Octay is one of those.

The drive to Puerto Octay

Located on the north shore of Lago Llanquihue, about a half-hour drive from Frutillar, Puerto Octay hardly attracts international tourists. This small town is surrounded by fertile volcanic soil, suitable for farming and raising cows. You'll see plenty of trees, cows, farms with barns and a few houses if you are driving into Puerto Octay from Frutillar. The winding road along the lake offers views of Lago Llanquihue and the snow-capped volcanoes. 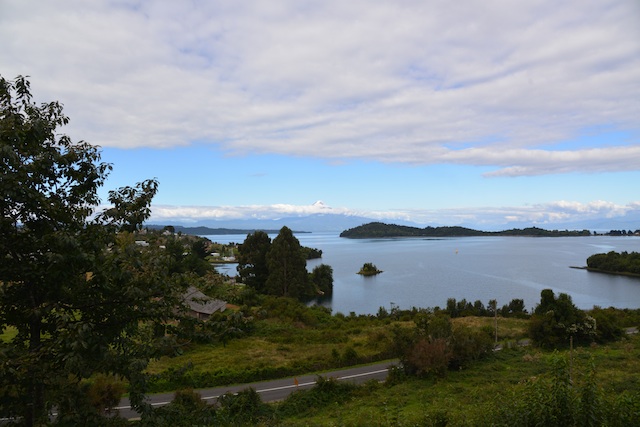 As you approach the town, the red roof church in the center of Puerto Octay dominates the horizon. 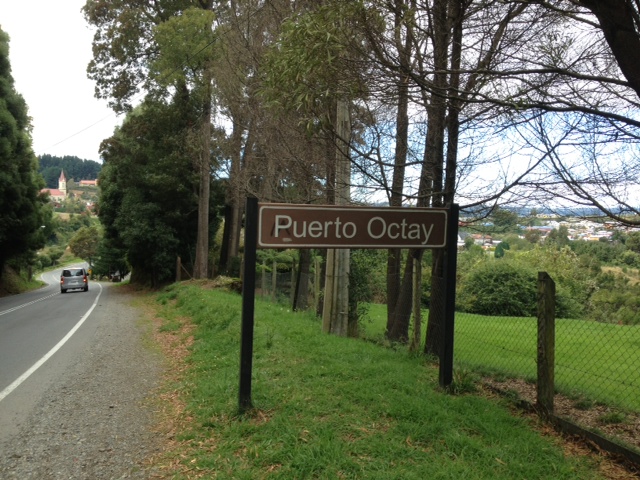 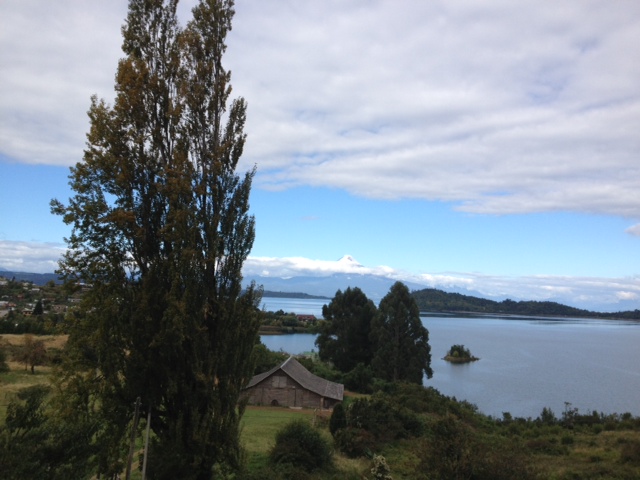 Scenic view of Puerto Octay from the street 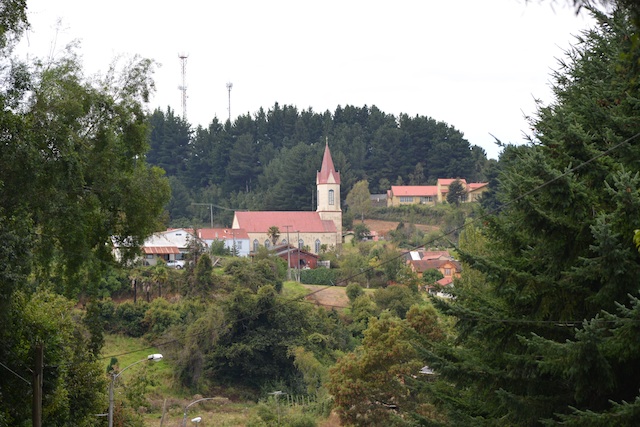 San Agustin Church in the middle of Puerto Octay

Puerto Octay was founded by German immigrants, and today you'll find many historic wooden homes built by them in the early 1900s. Some of these historic homes are occupied by grocery stores and inns. Most have been restored but a few are not in the greatest shape. Each home has a sign with the original owner's name and the year it was constructed. 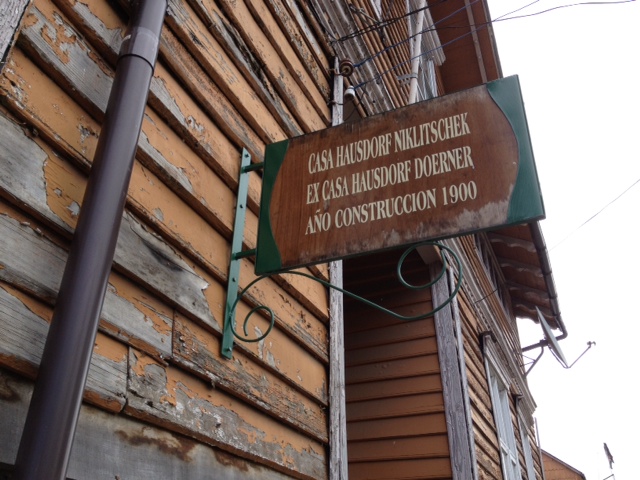 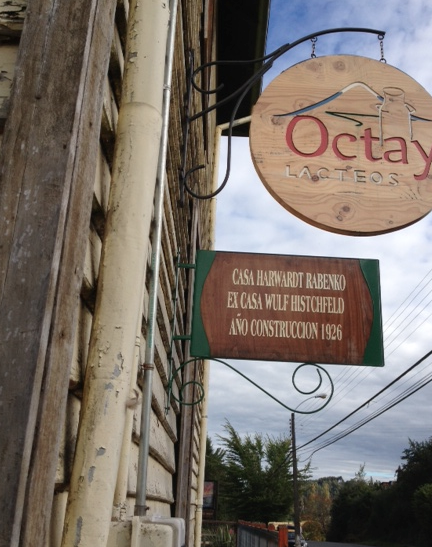 There was a house in the corner, in front of the town square that attracted the most people. Inside Casa Harwardt Robenko, were all types of cheeses made in Puerto Octay. The cheesemonger, Rodrigo Hernandez, was there to answer our questions. The problem was, we could hardly hold a conversation with him. Rodrigo spoke just as much English as we could Spanish - close to none.

The 'Cheeseman' Rodrigo was friendly and tried to explain the types of cheeses in the store - none of his explanation made any sense. The food, in this case, cheese, was the common language. So we resorted to pointing and smiling.

The store had limited seats and Rodrigo ushered us to sit by the window for coffee accompanied by a few pieces of cheese. 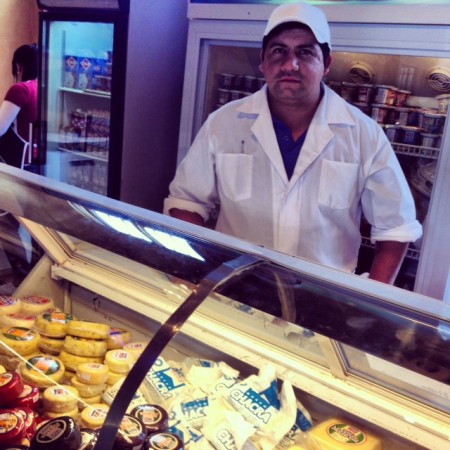 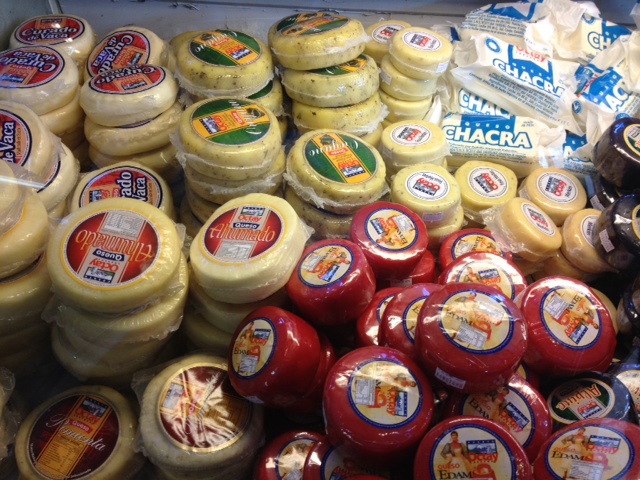 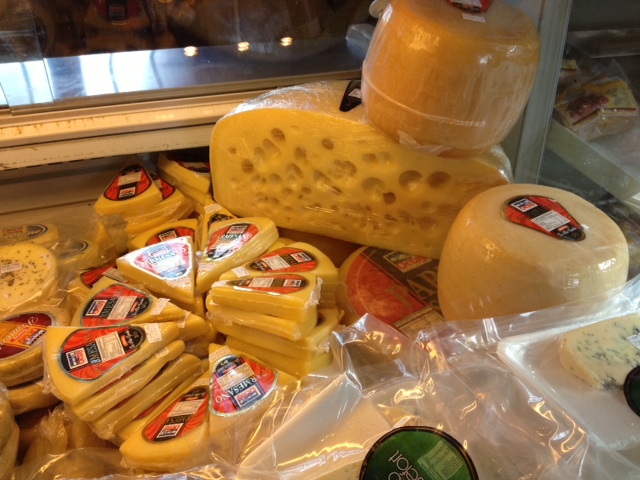 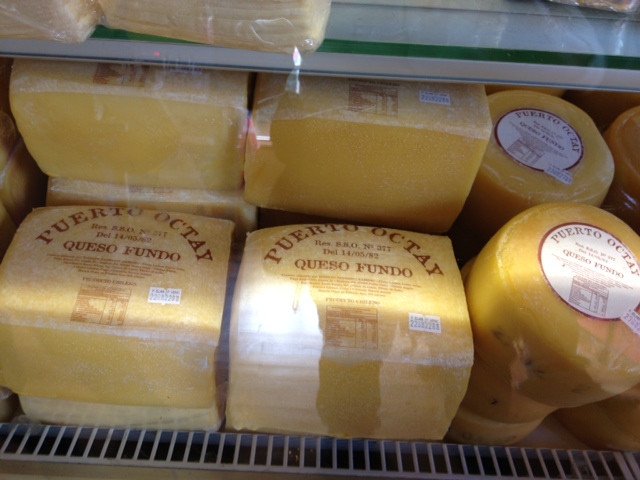 As we were about to leave, three Mennonite girls walked into the store. We started having a conversation and found out they were from Lancaster, Pennsylvania. Their family had moved to Puerto Octay five years prior. They were a missionary family of seven. The Mennonite girls spoke fluent Spanish and acted briefly as our translators. The girls were sent by their mom to pick up cheese and bread from the store.

Who would have expected to meet Mennonite girls from the US in a small town like Puerto Octay?

One of the girls came back to the store and handed us a pamphlet on Christianity, a gift from their parents with contact information as well. What a nice gesture!

In the cheese shop, we met a Brazilian couple, Joao and Flavia from Belo Horizonte. We shared tales, travel tips and cheeses at the corner of the cheese shop. We exchanged information and managed to meet up in our apartment in Bariloche, Argentina a few days later.

It only happened in Puerto Octay, a small town in Chile. Where friends gather to chat, strangers like my family, the Mennonite girls, the Brazilian couple and Rodrigo took the time to share and had a conversation with each other.

Puerto Octay was one of the highlights of our trip to Chile's Lake District. We traveled using local transportation, stopped and ate in places that locals eat in and visited places that tour buses may not have taken us to.

We took the last public bus at 6 pm from Puerto Octay to Puerto Varas. It costs 1200 Chilean pesos per person.

Note: Taxis and local buses are available from Frutillar and Puerto Varas to Puerto Octay.

This is an updated article. The original was published on April 17, 2013.