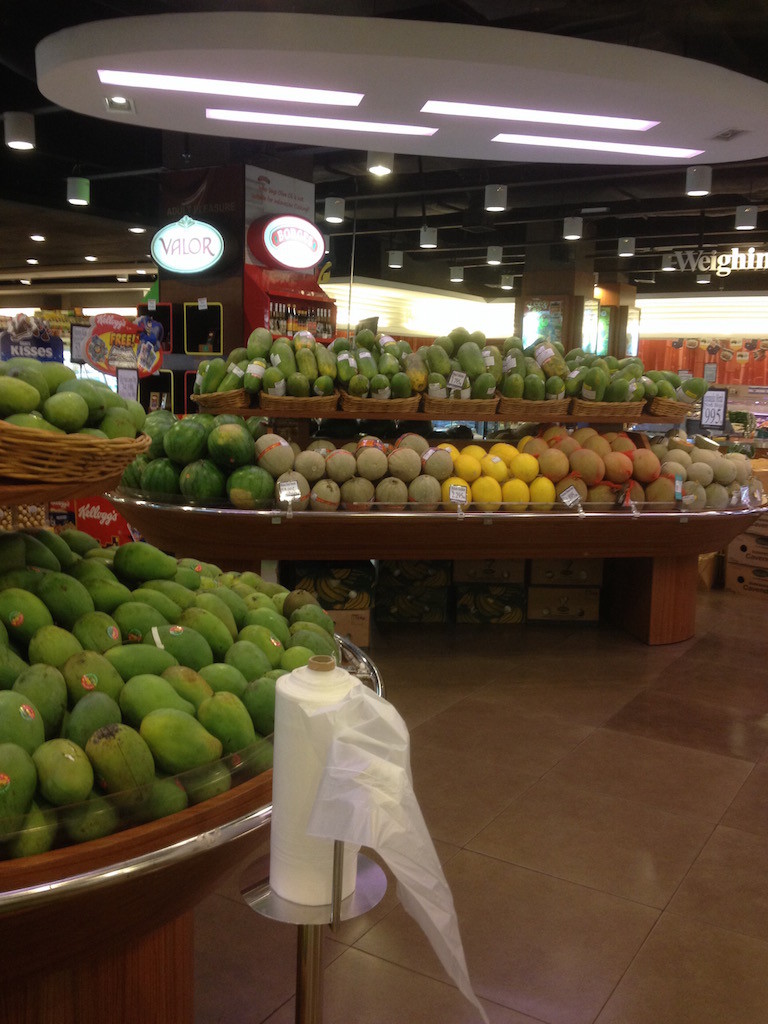 Fruits - including mangoes, papayas and a variety of imported fruits in one of the supermarkets in Jakarta

Java’s fertile volcanic soil is able to produce a variety fruits for local consumption. Which is impressive considering there are over 140 million people on the island. In Jakarta's supermarkets when I saw fruit names like snake fruit and dragon fruit, I began to wonder if there were any other fruits named after reptiles and other living or imaginary creatures in Indonesia. 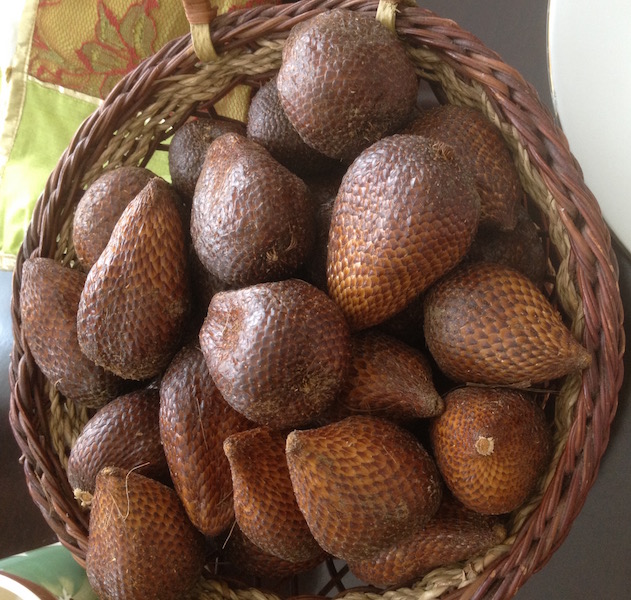 Snake fruit or salak is native to Indonesia. The fruit’s scaly skin looks almost like snakeskin belts, except it is a little rough on the edges. It is the size of a fig and is usually eaten raw. Salaks are also dried and made into chips, pickled or made into a spread by adding sugar.

Salak trees grow easily in Java. They look like a shorter version of the palm trees. There is a variety of salak trees that produce a different quality of fruits. The white fruit is better than the yellowish-white fruit. To eat, you would peel the skin like peeling lychee skin. There is a black seed inside the salak. 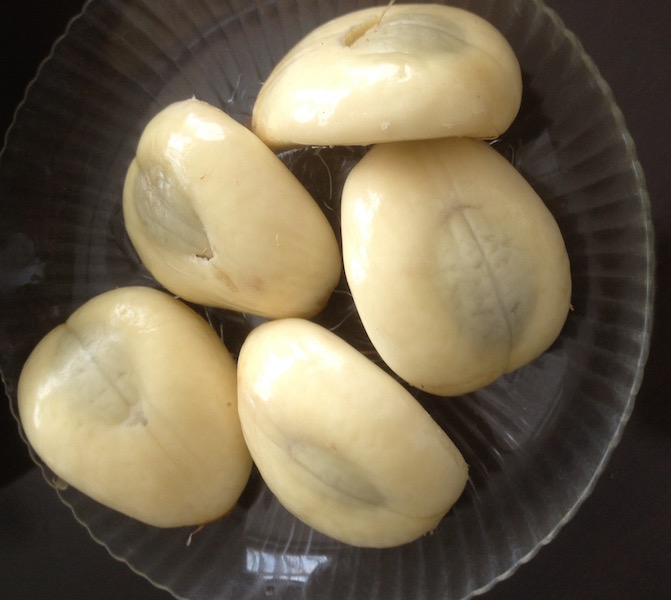 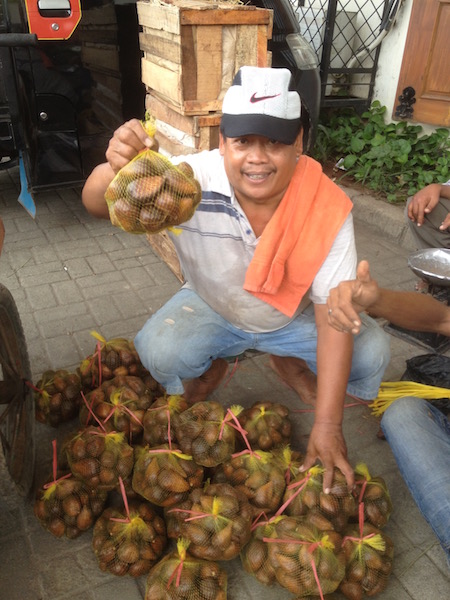 Cempedak grows on trees. You can find them throughout Malaysia and Indonesia. Cempedak is about a foot to a foot and a half long. You have to cut it open. Inside are the yellow fruits clinging onto the spine. Remove all the fruits and eat the pulpy fruit raw. Each fruit has one seed. 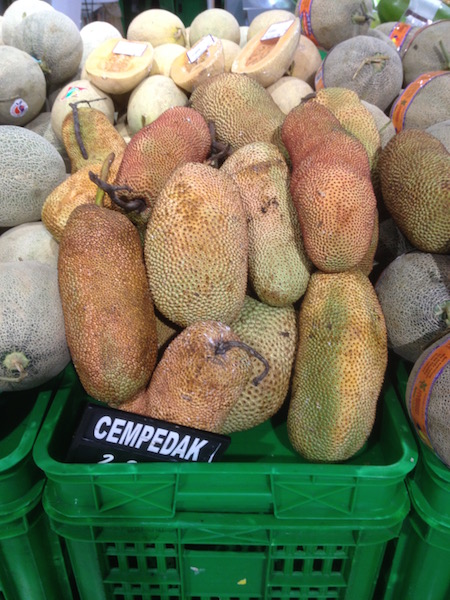 Locals remove the seeds and boil them with salt. The boiled soften cempedak seeds tasted a little like boiled peanuts. 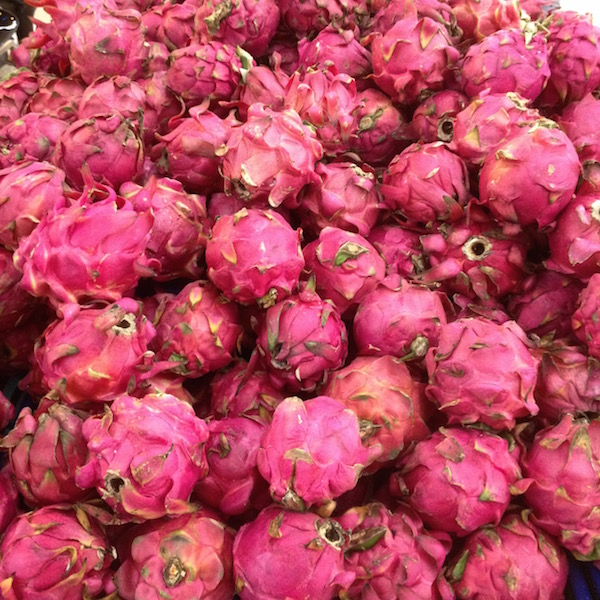 Dragon fruit is another popular fruit in Indonesia. You can find two types of dragon fruit – red or yellow skin. You don’t eat the outer layer of the fruit. To eat, cut off the skin and slice or cube the fruit. The flesh is either red or white. Dragon fruit is known as a super fruit in Southeast Asia.

It is rich in antioxidant and vitamin B. Studies show that the tiny black seeds inside the flesh has omega-3 and omega-6 fatty seeds.

My sister in Indonesia loves papayas. These days, papayas are common in the United States. Most Asian ladies believe eating papayas will help them maintain healthy skin and a healthy gut. It is rich in enzyme, fiber, Vitamin A and Vitamin C. 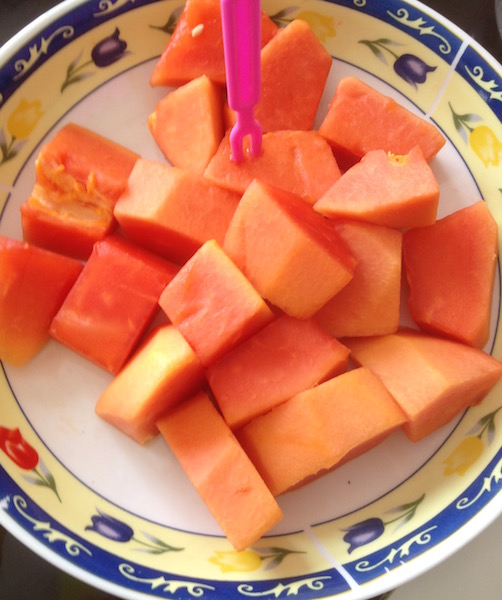 Cut papayas served in a plate

Have you tried any of these fruits? Do you like them? 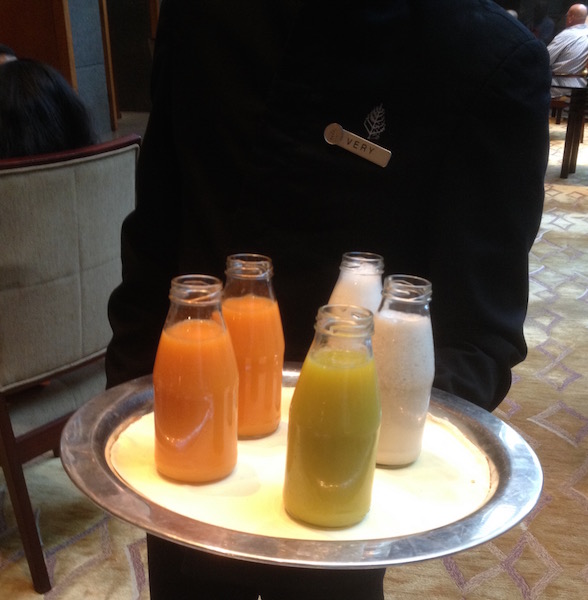