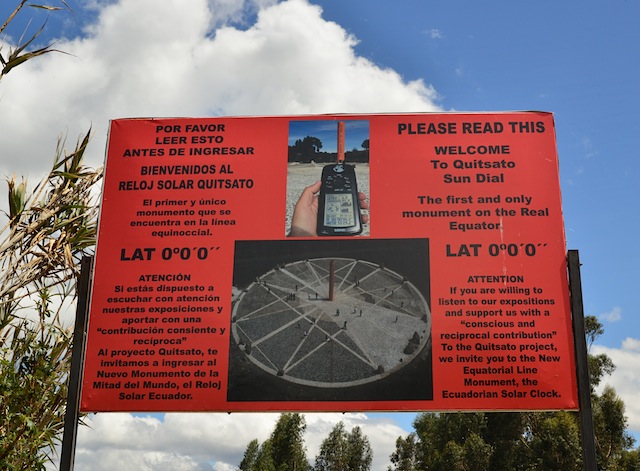 Came to find out there are at least three places near Quito that claims to be Mitad del Mundo. Which do you think we visited?

Yes, three of the claimed sites. After all we spent two months in Ecuador, the country named after the imaginary line, the Equator. 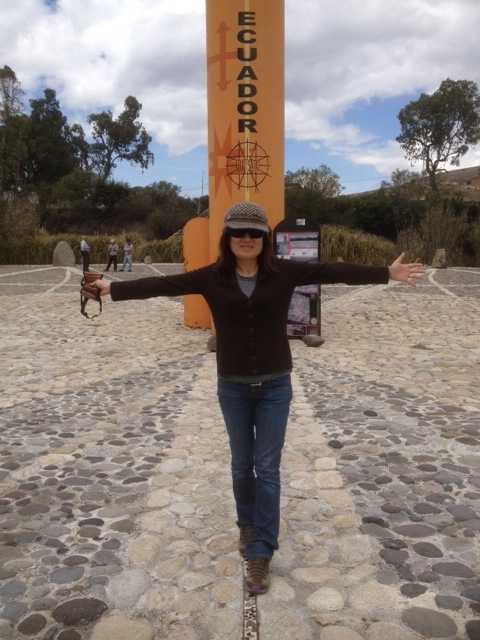 Located about 30 minutes from Hacienda Cusin of Lago San Pablo is the Quitsato’s La Mitad del Mundo. According to the brochure, “The Equatorial Line is not only an imaginary line, it’s much more than this; it’s a profound sense of being. The Equator is the balance line of equilibrium and is the line that joins to the two hemispheres. With the correct perspective, countries to the north and to the south do not exist – all the Earth’s nations have their specific position. The perspective of balance, of our future. We appeal to a conscience of balance, union and reciprocity.” (These are the exact words from the brochure from quitsato.org)

The Director and Founder of Quitsato, Cristobal Cobo and two guides were present during our visit.  The knowledgeable guide showed and proved that Quitsato is the only Mitad del Mundo- the real deal- exactly on the Equator or the Parallel ZERO using a GPS. 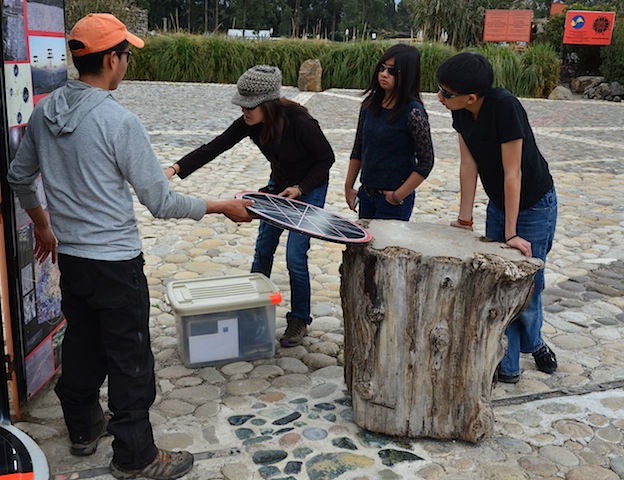 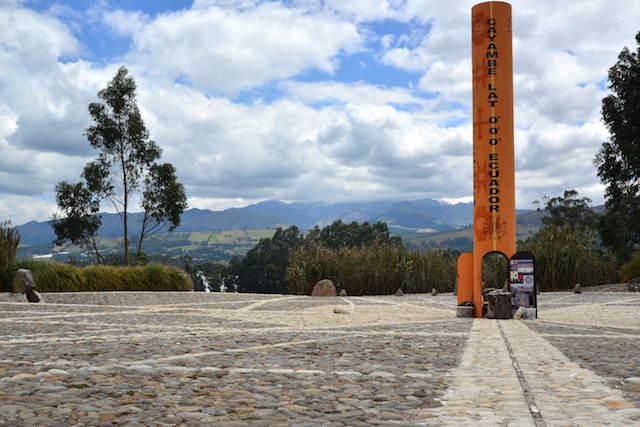 At the Quitsato is a huge sundial, known as the biggest on the Equator located precisely on the imaginary line. It serves as a clock, compass and calendar. We tested with our iPhone while standing at the line and found out it was exactly at zero. 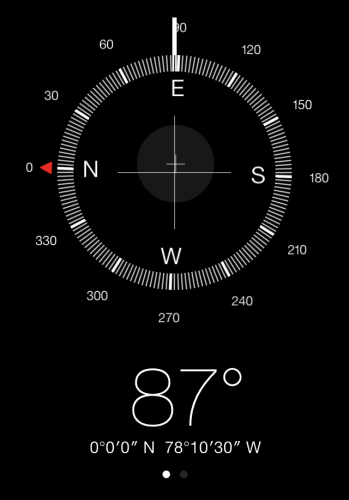 It cost $4 per person to visit the site.  You can read more about Cristobal Cobo’s works on Aeon Magazine.

We were taught in school that the earth rotates from west to east.  At Quitsato the guide showed us a different concept. Look at the photos below: 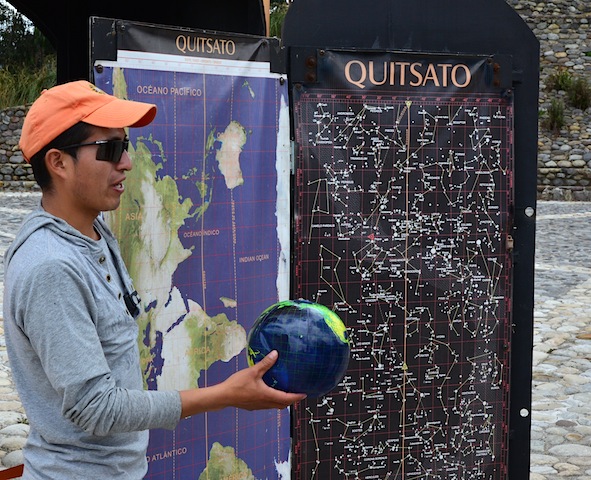 Intinan Museum is another La Mitad del Mundo attractions. Here visitors were given the opportunities to balance the egg on a nail, see water swirling down different directions depending on where they placed the sink and to take photos on the Equator line. 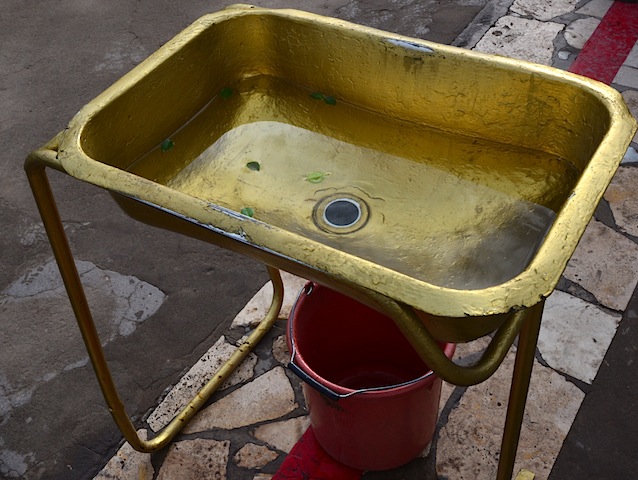 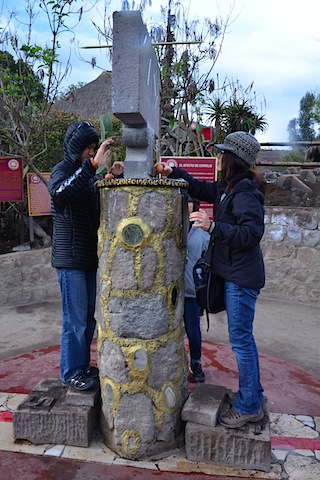 After several attempts, I balanced the egg on the nail and was given a certificate to prove my success. It was not an easy task and you should try balancing the egg if you are there. 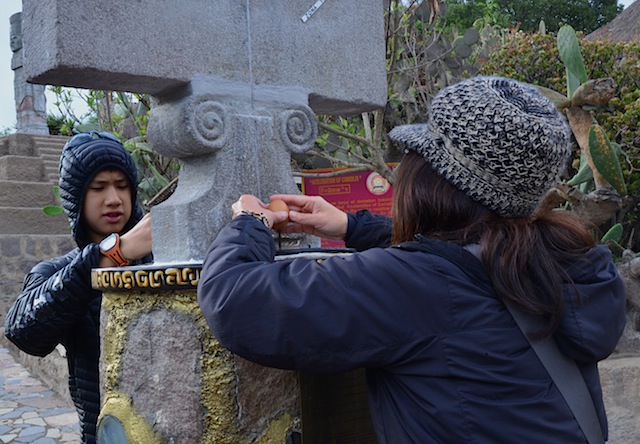 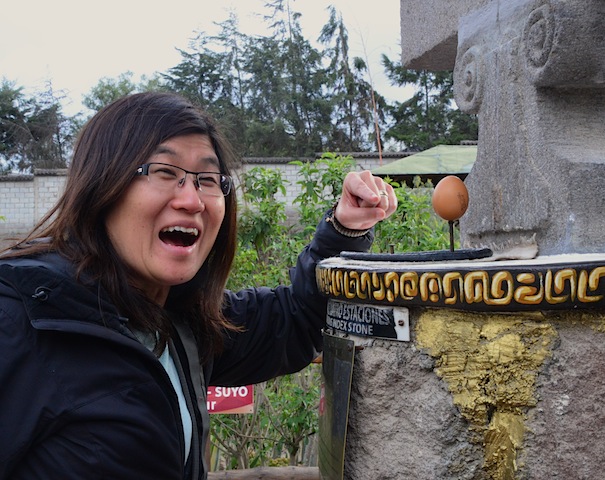 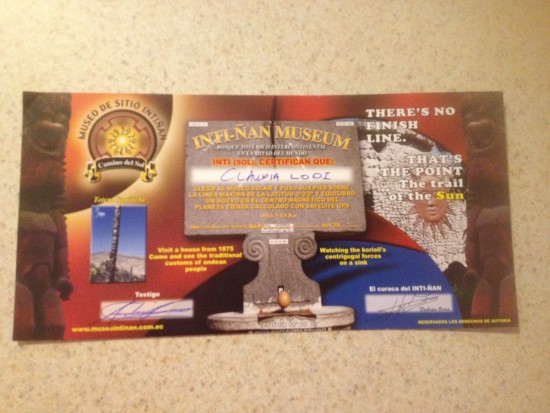 Well, some of us gave up too easily... 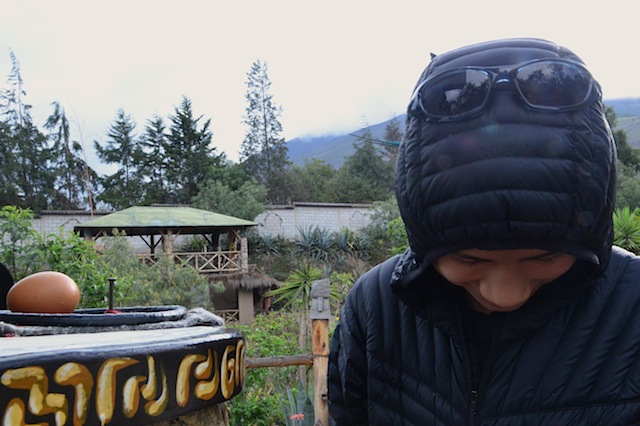 But got it after several times... 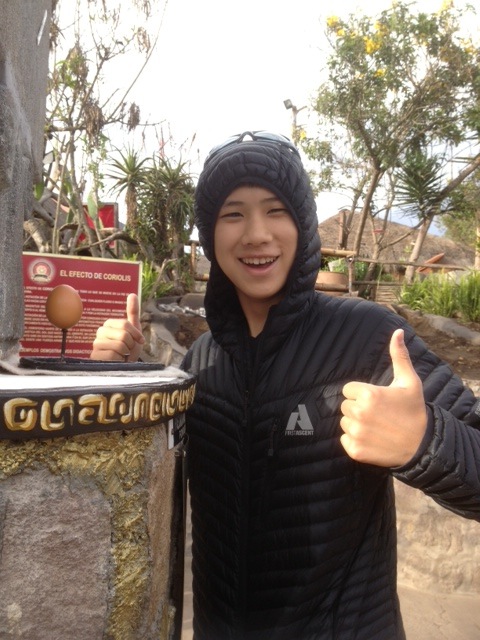 Or just posed with a bigger egg... 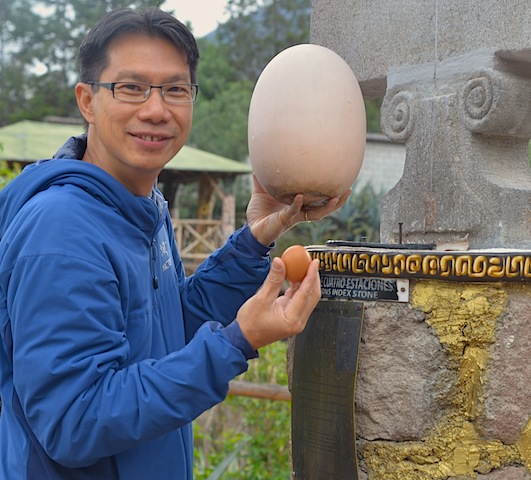 Apart from playing with the ‘forces’ of the Equator, Intinan Museum has displays of the Amazonian indigenous people, shrunken heads, old huts and a photo of Andrew Zimmern’s visit. 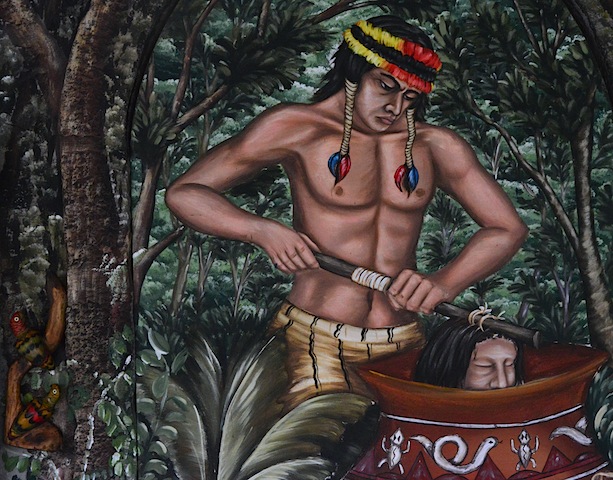 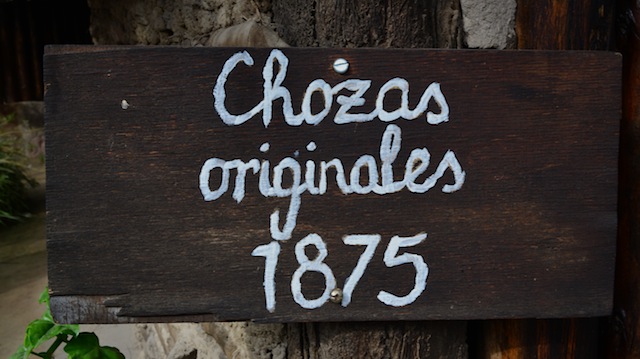 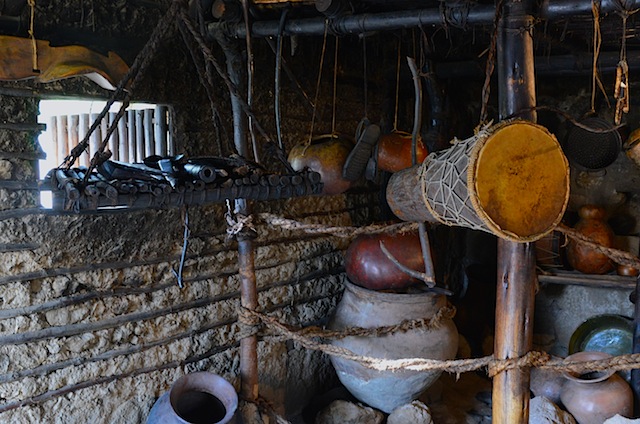 Looking at our GPS, this location did not show zero. Our guide, Antonio said the Equator line is not just a thin line. It is at least 27 miles wide. Recently Ecuadorian scientists discovered the exact zero point just a few minutes walk from Intinan Museum. 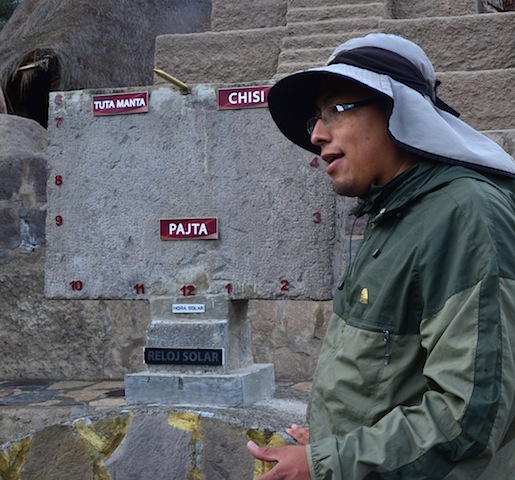 The entrance fee was $4 per person.

The last and least interesting is the monument called La Mitad de Mundo, the official monument erected and completed in 1982. French explorer, mathematician and scientist, Charles-Marie de la Caondamine discovered this line in 1736. We can’t blame him for not being exactly right in his calculations. He did not have his iPhone!! 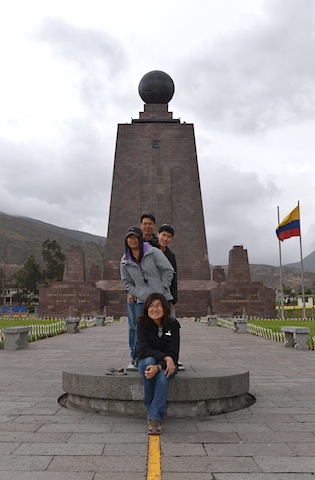 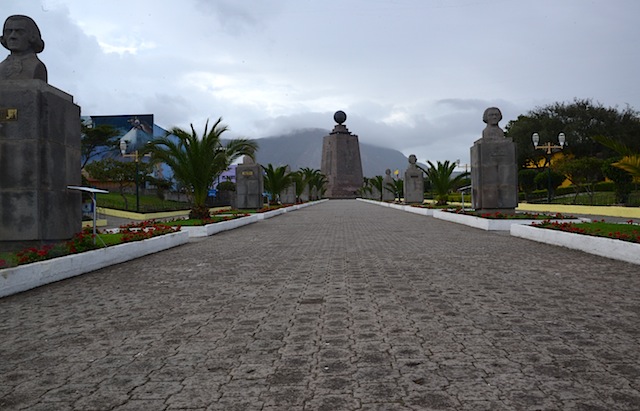 The trapezoid monument has been there for years and now has been proved to be the wrong Mitad del Mundo by a GPS and iPhones. Technology can really mess you up.

If you are visiting Quito and want to be at the Equator line, I suggest going to all three. If you have to choose one, go to Intinan Museum or Quitsato.

« The Restaurant With a View in Quito: El Ventanal
Running Out of Steam in Quito Ecuador »